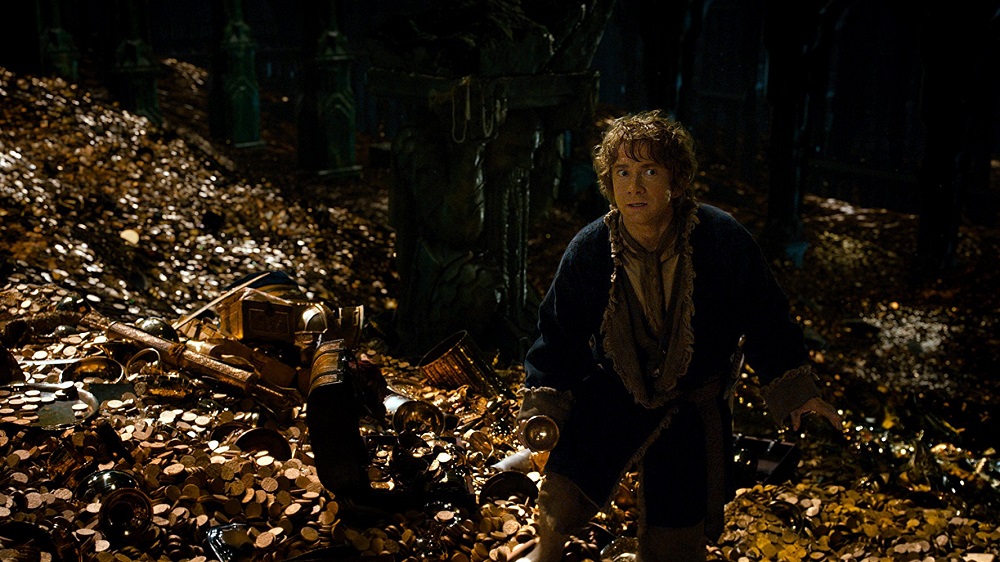 Peter Jackson’s latest foray into the Middle Earth world of J.R.R. Tolkien, The Hobbit: The Desolation of Smaug is a major improvement in almost all ways that count over his previous epic, The Hobbit: An Unexpected Journey. It looks better, it moves faster, the set pieces sparkle with energy and there is ample imagination on display throughout. The changes it makes to the most familiar pieces of the text feel organic and nonintrusive, while the connections with the coming events to happen in The Lord of the Rings trilogy don’t feel as forced or obnoxious as they did in last year’s decent, if overlong and meandering, first chapter of this fantasy-adventure. 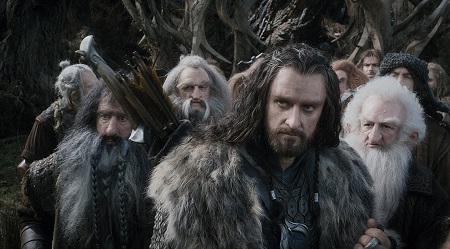 As nice as all that is, I ended up liking this second chapter in the New Zealand filmmaker’s latest trilogy far, far less than I did An Unexpected Journey. The reasons for this are many, but the most important one is that, for all the film’s flash, for all its impressive razzle-dazzle, for as much as it gets right and for as lived-in and as actualized as the peril facing Bilbo Baggins (Martin Freeman) and his dwarf companions might be, the sequel simply does not hold up as a self-contained adventure. It is not entertaining or enjoyable in and of itself, does not work as a piece of standalone storytelling, the climactic cliffhanger having the dubious distinction of making the film nothing more than a 161-minute coming attraction reel for a story we will not see the resolved until December of 2014.

As I’ve stated on a number of occasions, the best “part twos” are the ones that broaden and deepen the mythology of the story at hand, give it more resonance and meaning while at the same time setting the stage for the climactic events to come. I made a case recently that The Hunger Games: Catching Fire does just that, and even though nothing is resolved, that chaos is only just beginning to bloom into savage fury, as a single story, as a lone piece of pop entertainment, the movie still works in its own right while still doing the job of wetting the appetite for the two-part resolution set for release over the next couple of years.

The infuriating thing about The Desolation of Smaug is that, much like say Pirates of the Caribbean: Dead Man’s Chest, by the time it ultimately does come to an end one is struck with the sudden realization that it has no other reason to exist other than to introduce the final chapter in the trilogy. As a film, it does not exist on its own. There is no satisfaction to be had while watching the screen fade to black. It plays more like a cliffhanger to a popular television show than it does a motion picture, and with that being the case I can’t imagine wanting to watch it on its own sans its two bookends at any point in the foreseeable future.

Maybe. It’s hard to be definitive with that statement. Bilbo’s story evolves rather beautifully, his relationship with Thorin Oakenshield (Richard Armitage) and the rest of the dwarves on the way to destroy the dragon Smaug and reclaim their home inside the Lonely Mountain broadening in both depth and meaning nicely. On top of that, the danger feels more concrete, more palpable this time around, and when Gandalf (Ian McKellan) makes the decision to disappear for a time and investigate what’s going on in regards to a rumored necromancer and his powerful control over the vile things of the world the tension generated is substantial.

Even the addition of old friend Legolas, still played with calmly angelic severity by Orlando Bloom, doesn’t end up feeling as obtuse or as forced as I feared it might, many of the action beats featuring him and his cohort Tauriel (a divine Evangeline Lilly) staged with magnificent eloquence. A central chase sequences featuring gallivanting elves, marauding orcs and a bunch of dwarves spiraling down a raging river inside of leaky barrels is a rollicking, if understandably nonsensical, sensation, while the central showdown between Bilbo and Smaug (voiced by a deliciously vile Benedict Cumberbatch) is impressive. 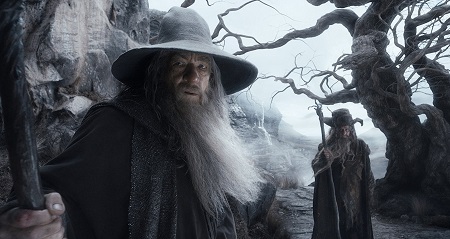 The catch to all of this is that Jackson doesn’t seem to have the first clue as to where he should end things. More to the point, had he just resolved the storyline hinted at in the title much of my consternation and unhappiness would have been instantly erased. At the same time, had he finished up maybe ten minutes or so before he ultimately does, the filmmaker still could have begun the final chapter, The Hobbit: There and Back Again, pretty much at exactly the same point he obviously wanted to but without the viewer, or at least me, feeling like all he did was show me an almost three hour commercial. He could have presented a resolution that still left major plot points as open-ended as they needed to be while at the same time left the viewer with a sense many key elements had been suitably tied together, allowing the film to stand on its own divorced from its other chapters while at the same time making it an even more enjoyable narrative when all three are viewed together as one.

It isn’t as if Jackson hasn’t pulled off something just like this in the past. The Lord of the Rings: The Two Towers is a seriously great movie in and of itself and one that is made even more magnificent when paired with The Fellowship of the Ring and The Return of the King. But he fails here, miserably so as far as I’m concerned, The Desolation of Smaug leaving a fire of dissatisfaction burning within my loins that’s so massive no amount of cooling water, otherwise known as a climactic sequel I end up loving, could ever hope to put it out. 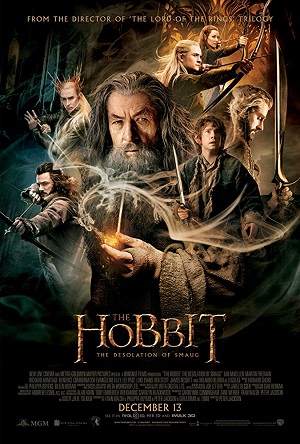