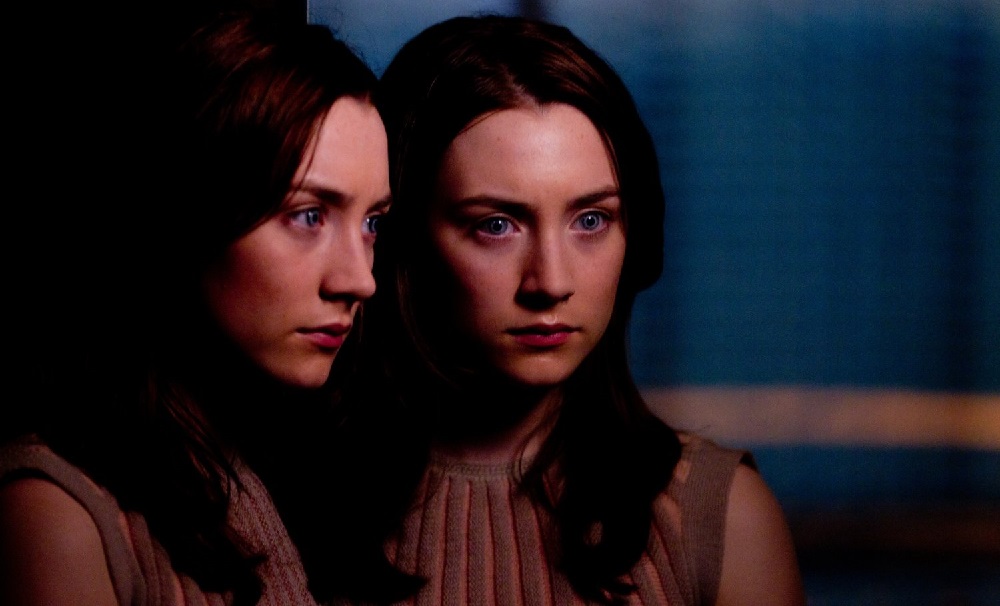 Melanie Stryder (Saoirse Ronan) is of two minds. Literally. Her body has been invaded by a parasite from another planet who calls herself “Wanderer.” She’s in control, but that doesn’t mean Melanie is going to go down without a fight, continually barking within her own brainpan to the new inhabitant figuratively. The two are forced to coexist in a fashion that’s beyond any rational understanding, two souls battling for supremacy, developing a weird, unexplainable codependent friendship in the process. 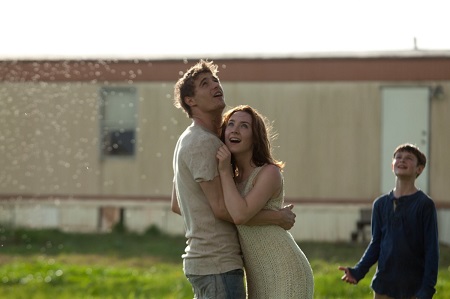 These invaders have taken over the Earth, inhabiting almost every man, woman and child on the planet. But they do not understand human emotion, don’t take to it well when the being they’ve consumed decides to fight back and not become voicelessly subservient. For Wanderer, this is particularly vexing, because in all her centuries of travel she has never encountered a being like Melanie, and she’s slowly starting to believe she and her ilk might not be doing the right thing as far as sentient life on Earth is concerned, no matter what those leading the invasion might say.

That’s the set up for The Host, the latest metaphysical young adult romantic fantasy sprung from the mind of Twilight scribe Stephenie Meyer. Written for the screen and directed by Gattaca and Lord of War filmmaker Andrew Niccol, in theory this sci-fi Invasion of the Body Snatchers inspired spectacle should be in the proper hands. He takes Meyer’s scenario seriously, but not overly so, embracing the emotions contained within but never playing them up to a point they become syrupy or annoyingly maudlin. He gets how hokey the idea is yet at the same time treats it with the required modicum of respect, allowing his actors room to breathe even if the story itself is more than a little bit one-dimensional and often moderately tiresome.

But here’s the rub. The idea of a person, or in this case two persons, speaking within their own head for the large majority of a single narrative is a literary construct, not a cinematic one. Filmmakers have been trying to tackle this idea for decades, David Lynch being the poster child in regards to failing to do so in a way that didn’t spark unintentional cascades of laughter in regards to his adaptation of Frank Herbert’s Dune (a movie with plenty of merits and lots to talk about and discuss, that element just not being one of them). When someone does get the idea to work, think Ron Howard’s A Beautiful Mind or David Fincher’s Fight Club, the filmmaker often splinters these tête-à-tête off into the body of an entirely different actor, allowing the principal to still have conversations with a separate human figure who is really a broken offshoot of their own character’s damaged psyche.

Niccol is faced with an uphill battle he almost can’t help but lose. Melanie/Wanderer have conversation after conversation with one another, forcing Ronan to speak out loud one part of the dialogue while the other is echoed inside her head in stilted, and more often than not, silly voiceover. A viewer can’t help but laugh, and right after the first snicker any chance there might have been to take things seriously disappears into the ether.

Not that the general plot isn’t fairly inane. Meyer, not content with the supercilious love triangle presented in her Twilight adventures, this time crafts an entire love quadrangle that involves Melanie, her beau Jared (Max Irons), Wanderer and a still-human rebel named Ian (Jake Abel). That’s right. One body inhabited by two women (one of whom is 1000 years old) in love with two different men, and if that’s not enough to make your head spin throw in a devoted little brother, Jamie (Chandler Canterbury), who also comes to adore both females inhabiting his sister’s body and you’ve for the makings of a soap opera calamity even daytime television would snicker and scoff at.

Yet Ronan is excellent, showcasing once again why she’s considered such a magnetic talent and that her Academy Award nomination for Atonement and her almost unanimous acclaim for Hanna were justifiably deserved. Stuck with some of the worst bits of dialogue I’ll ever hear, stranded in an untenable position of being forced to have never-ending dialogues with herself, the youngster still manages to deliver a performance that’s honestly terrific. Niccol fearlessly keeps the camera on Ronan for extended periods of time, a climactic one-shot that goes on for a good five minutes a superb showcase that’s close to breathtaking. 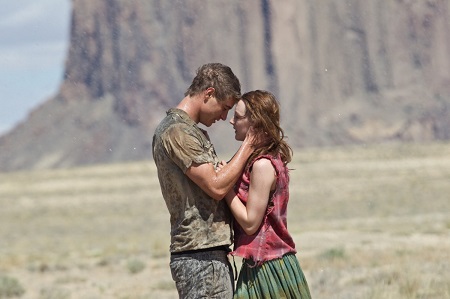 She’s not the only one who gives the film more of themselves than it deserves. Diane Kruger goes above and beyond as Melanie/Wanderer’s arch nemesis, able to visibly showcase her character’s internal struggles all without having to utilize a single sentence of voiceover. William Hurt also appears to be having a grand time hamming it up as shotgun-toting country-western rebellion leader Jeb, his laidback gregarious delivery striking a nice balance between the ridiculousness of the material and Niccol’s attempts to ground it in something approaching reality.

I’m not going to try and claim the movie is better than it actually is. The plot strands never come together, while the unintentional hilarity involved with the central Melanie/Wanderer device is too gigantic an obstacle to be overcome. At the same time, Niccol does more with Meyer’s source material than I think he’ll be given credit for, while at the same time getting his talented cast, Ronan in particular, to deliver multifaceted performances that hint at a better, more resonate sci-fi drama that sadly never materializes. The Host does not deliver, but it does make a valiant attempt at doing so, and on that front the film does get my respect. 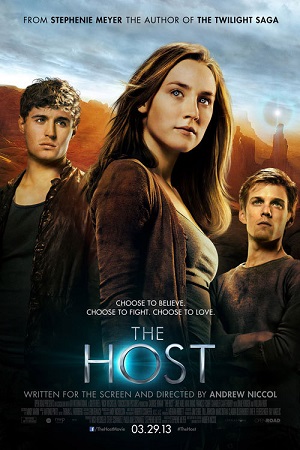