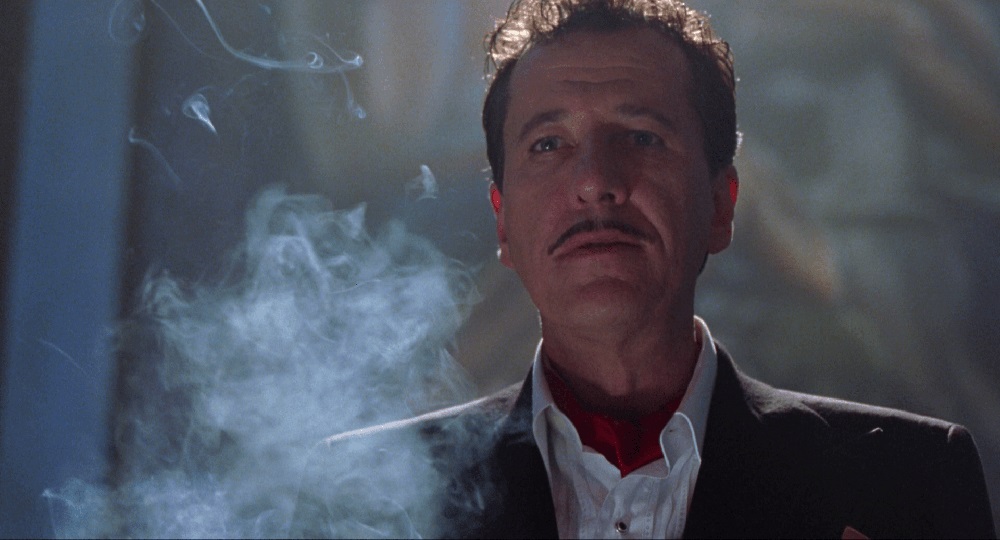 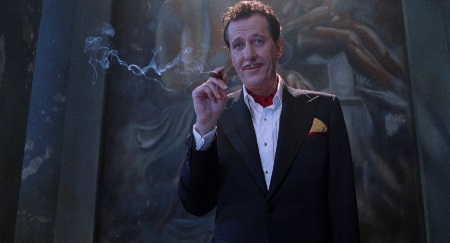 When his estranged wife Evelyn (Famke Janssen) insists they have her annual birthday party at the recently restored, supposedly haunted former mental institution that was the scene of an unimaginable tragedy where all but six people met violent, horrifying deaths, amusement park impresario Stephen Price (Geoffrey Rush), a noted practical joker who enjoys nothing more than a good scare, thinks this is a great idea and begins planning for the party to end all parties. But when a collection of strangers arrive (Taye Diggs, Peter Gallagher, Ali Larter and Bridgette Wilson) arrive instead of the original invitees, Stephen believes Evelyn is attempting to get the better of him, while she in turn believes he’s the one attempting to make her look like a fool. Things get even stranger when the house closes itself off entirely to the outside world, trapping them all inside, the current owner Pritchett (Chris Kattan) adamant that none of them are going to see the morning alive as the ghosts residing within this institution are going to pull out all the stops to make sure each of them meets a violently bloody demise.

A remake of the 1959 William Castle classic starring the one and only Vincent Price, 1999’s House on Haunted Hill is a jokey, gore-drenched remake courtesy of veteran filmmakers and producers Robert Zemeckis and Joel Silver and was the first effort from a re-launched Dark Castle Entertainment that was created to make relatively low budget genre fare just like this. Directed by William Malone and with a massive reworking of Robb White’s original story written by screenwriter Dick Beebe (Book of Shadows: Blair Witch 2), this well-cast affair still proves to be something of a moderate disappointment. More importantly, it hasn’t aged particularly well in the almost 20 years since its original release, the horror elements too forced, haphazard and inconsequential for any of what ends up transpiring to feel like it matters one little bit.

Still, Malone and Beebe do dial up a number of decent laughs, most of them courtesy of an energetic Rush who appears to be having an absolute blast doing his best Vincent Price meets William Castle impersonation. He’s so enthusiastic, so maniacal, watching him prance around the relatively spectacular sets is honestly kind of wonderful. Additionally, Kattan is shockingly good as the increasingly morose and sardonic Pritchett, his collection of pithy one-liners and snappily dire comebacks a consistent delight. There’s also something to be said about the almost whimsical way in which Malone unleashes the requisite blood and gore a remake of this sort can’t help but require, the gruesome reveal of what ends up happening to both Wilson and Max Perlich’s (portraying Price’s tech wizard right-hand man) characters unsettlingly delightful.

But Beebe’s script, while following the general template of Castle’s original, doesn’t make the most of its opportunities, including the central MacGuffin of Price’s offer to each person a cool $1-million if they manage to stay inside the house throughout the night. That gets thrown out the window fairly quickly once the lockdown happens, as does the are-they-or-aren’t-they-loaded question surrounding a collection of handguns the amusement park tycoon supplies all of his guests (and his wife) with. As for the mystery of the ghosts, most notably the murderous spirit of the man who used to own the building and ran the mental institution, Dr. Vannacutt (a perfectly cast and frustratingly underutilized Jeffrey Combs), the movie can’t even seem to make up its mind as to just how best it is to unleash any of them, these lethal spirits kept mostly on the sideline for most of the film’s brief 93 minute running time. 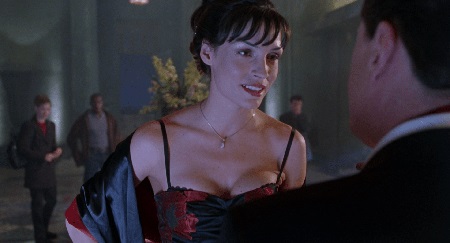 All that said, it’s hard to come down too harshly on this remake. The cast is appealing, it moves pretty quickly and the humor is relatively strong throughout. I also liked the way that Malone and Beebe reengineer the main twist from the Castle original, and even if that particular moment isn’t what this particular version has been building toward all along, it’s still handled with enough flair and performed so well be Rush and Janssen it still couldn’t help but bring a smile to my face. If the actual climax ends up being something of an underwhelming, overly frenetic groaner, even if it could have been better executed there are still a couple of nice ideas worthy of at least a small modicum of appreciation. This House on Haunted Hill can’t touch the original as far as creativity, imagination and greatness are concerned, but for genre fans who didn’t see the remake back in 1999 there’s at least enough worthwhile here to warrant a look.

All of the extras from Warner’s 2000 DVD release of the film are ported over to the Scream! Factory Blu-ray. These include:

Behind The Scenes Visual FX Gallery (5:44)

New extras created by Scream! Factory specifically for this collector’s edition include:

That new interview with Malone is aces. He’s in top form and is unusually honest about what he thinks about his film. He’s proud of it, make no mistake, but he’s also upfront about things they felt they could have done better as well as where he believes it cannot help but pale when compared to the 1959 William Castle original. Both the interviews with veteran composer Davis and visual effects wizard Skotak are pretty terrific as well. 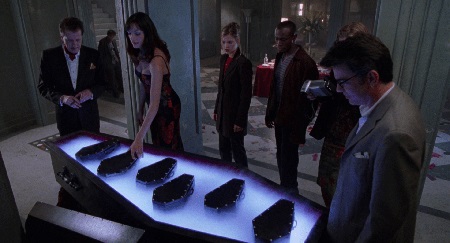 William Malone’s 1999 remake of the 1959 William Castle classic House on Haunted Hill is exceedingly easy to watch. Geoffrey Rush is having an absolute blast going over-the-top as the eccentric billionaire overseeing a party in a supposedly haunted mental institution that ends up being home to a plethora of literal, and quite homicidal, ghosts, while Chris Kattan is a somewhat surprising hoot as the building’s current owner who isn’t exactly happy about suddenly being locked inside with a handful of strangers. But the scares, which weren’t particularly effective in ’99, haven’t aged remotely well, and if not for the overall strength of the cast, some solid splashes of gore and number of decent laughs, I doubt there would be much here worth discussing.

As for Scream! Factory’s Blu-ray presentation, this is one “collector’s edition” that more than lives up to the designation. Featuring an excellent new transfer and a solid collection of extras, fans of the film should definitely consider adding this release to their personal library. 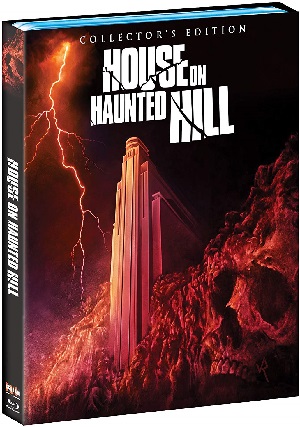