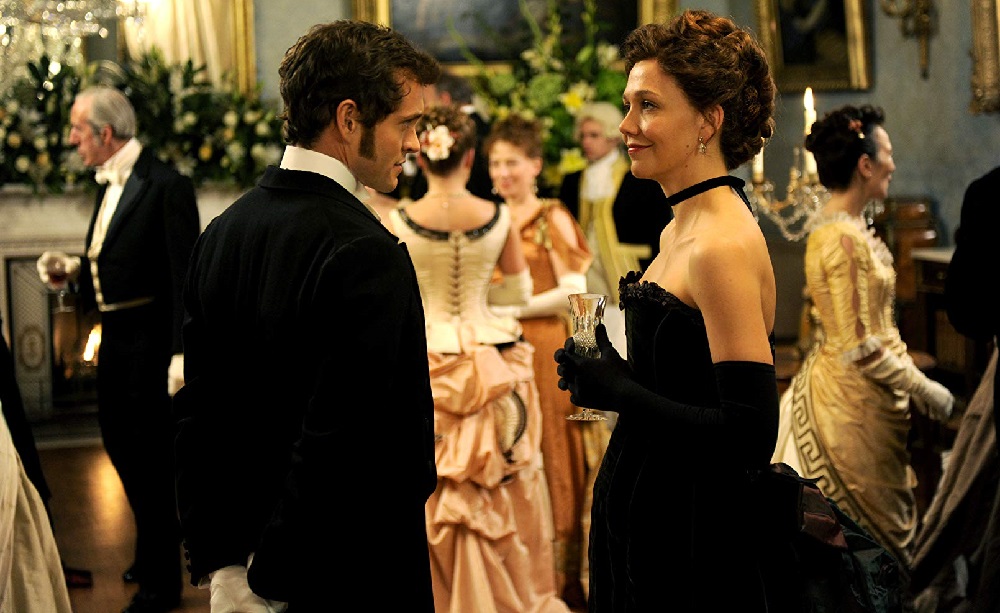 For Dr. Mortimer Granville (Hugh Dancy), 1880 London isn’t all it is cracked up to be. The hospitals he works in no nothing of modern advances, the stodgy physicians running them beholden to their old ideas, refusing to believe little things like germs are as important, and as dangerous, as this young know-it-all seems to think they are. Sacked from one position after another, constantly forced to hole up with his wealthy best friend Edmund St. John-Smythe (Rupert Everett) for lack of anything else to do with his time, the learned man’s prospects seem increasingly dim by the hour, and nothing he does is apparently capable of changing that.

Enter Dr. Robert Dalrymple (Jonathan Pryce), London’s leading physician in treating women’s issues, most notably Hysteria, a catch-all diagnosis that encompasses everything from mood swings, to frigidity, to depression, to nymphomania. He needs an assistant, and in Dr. Granville he sees the potential for a good one, hiring the young man to assist him even though he knows the learning curve for the physician will probably be a steep one.

It is here Mortimer makes the acquaintance of Dr. Dalrymple’s two daughters, ferociously passionate social reformer Charlotte (Maggie Gyllenhaal) and the quietly demure and ladylike Emily (Felicity Jones). He quickly takes a liking to the latter girl, seeing in her, “the epitome of English virtue and womanliness.” As for Charlotte, Mortimer is both fascinated and appalled by the elder sister, and while he can understand and relate to her father’s unhappiness with his child’s chosen path, he also sees something magnificent in the magnanimous way in which she intensely looks out for those struggling to make ends meet within the lower social classes.

What is amazing is just how interesting a scenario director Tanya Wexler (Finding North) and writers Stephen Dyer and Jonah Lisa Dyer, working from an original story by Howard Gensler, make of these factual tidbits, the trio crafting a delicately charming comedy of changing manners and mores I found difficult to dislike. It’s a scenario that makes people blush just as much in the present as it probably did in 130-plus years ago, the film creating a sense of whimsical unease that’s as unsettling as it is divine.

But that hook is only a small part of the story. The team has managed to manufacture a balanced love story amidst all this invention and chaos, creating an intriguing paradox for young Dr. Granville as he tries to figure out which Dalrymple daughter to give his heart to. Both Charlotte and Emily are fascinating characters with their own idiosyncrasies, both having astute minds that they choose to utilize in decidedly different ways.

Dancy and Gyllenhaal have terrific chemistry, while Jones proves again she’s one of the finest young talents of her generation. As for Everett, he steals every scene he’s in, the last third of the film dominated by the very thought of his presence even when physically nowhere to be found. Only Pryce moderately disappoints, that having more to do with the predictable nature of Dr. Dalrymple’s narrative path more than it does anything else, his cliché and melodramatic outbursts a mild annoyance I honestly could have done without.

Truly, the only truly egregious misstep I can entirely lay at Wexler’s and her writers’ feet is a grandiose courtroom sequence that’s too ‘Captain, my Captain’ to be even close to satisfying. This predictable bit of hokum, however factually accurate it might be, slows the movie down to a crawl and diluted my enjoyment of the whole substantially, and I have a sneaky suspicion if I were to try to watch the film for a second time it would drive me even more around the bend than just the thought of it now already does.

Be that as it may, Hysteria captured my attention. The film had me laughing heartily and showcased a true-life tale I knew nothing about beforehand. Wexler showcases a confident hand orchestrating the action, while the quartet of Dancy, Gyllenhaal, Jones and Everett make sensually arousing music that vibrates to its own unique rhythm. The movie isn’t perfect, but it is a heck of a lot of fun, and considering the subject matter that’s probably what it needed to be. 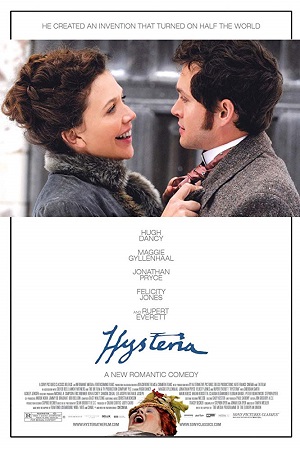