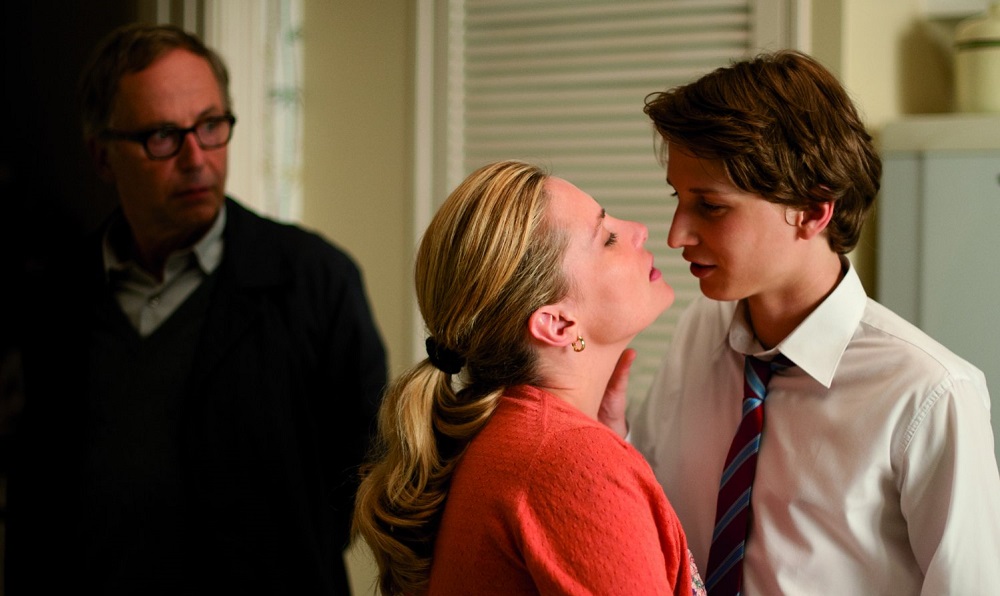 Ozone’s Latest a House Worth Living In

How do we construct the stories that make up our lives? What are the fictions that drive us? Which truths do we dare to embrace and which ones terrify us so completely we keep them at arm’s length? What is fantasy? What is reality? How do we educate our young and what impact do we feel we are having on the intellectual and social development of our children? 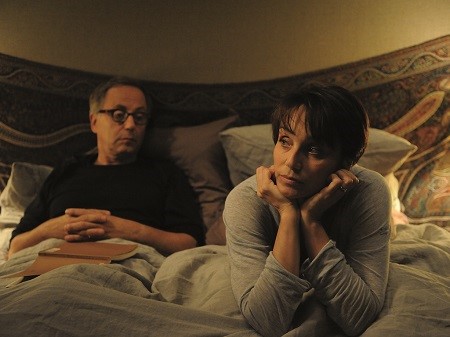 These are only a handful of the myriad of questions lurking at the dexterous, rapturously complex metaphorical heart of director François Ozon’s spellbinding In the House, his ambitious yet carefully refined adaptation of Juan Mayorga’s play one of the year’s most spellbinding achievements. The man behind French sensations like Swimming Pool, 8 Women and Under the Sand has outdone himself, this seemingly simple saga of a bored, disillusioned High School literary professor, Germain (Fabrice Luchini), whose passions are reignited by the appearance of a talented new student, Claude Garcia (Ernst Umhauer), far more than its initially appears to be.

Things begin simply enough. To start off the new school year Prf. Germain asks his students to write a paper chronicling their weekend. Most are jejune platitudes involving cell phones and dinner plans, leading the educator to believe his latest class of 16-year-olds might be his worst yet. But one essay catches his eye, young Garcia chronicling a weekend spent inside the Middle Class abode of fellow classmate Rapha Artole, Jr. (Bastien Ughetto) and the observations he records ending with an alluring promise, “To be continued.”

Germain is both intrigued and horrified, reading portions of this saga to his art dealer wife Jeanne (Kristin Scott Thomas) with a barely restrained glee she hasn’t seen him display in years. Soon, the professor is urging his student to keep digging, to keep immersing himself into the lives of Rapha and his parents, helping him spin images and stories out of these reality-based incursions that boldly blur the line between truth and fiction.

It gets more intense and crazy from there, a stolen math test becoming a key plot point. But none of these subplots or side tangents never feel unnatural or too bizarre for their own good, everything remaining grounded and authentic throughout. Things move with a naturalistic ease that’s compelling, the dramatics born from all the interpersonal drama that is constantly on vibrant electrifying display. I kept waiting for Claude to be proven to be some sort of teenage psycho or for Germain to lose all sense of himself and do something angrily aggressive. But this does not happen, and while the threat is always there that one or both of the two men will psychotically explode, the simple truth is the duo hunger for the very same thing: to read/hear/write/create/craft a story that keeps them interested and builds to a satisfactory conclusion those who one day read it will savor as much as they do.

What Ozon is talking about, what I think he is trying to dissect, is just how much the world around us effects and influences the art that we create (whether we know we’re doing it or not) as well as that crafted by those seen to be doing it professionally. It is the way these constructs intersect with our daily lives, how we choose to interpret them, this is how we slowly evolve and become the people we eventually transform into. It is this mirror that Germain looks into when he confronts the truth-based fiction Claude keeps handing him, the reverse image the one peering back at the student a construction he’s not altogether certain he wants to age into and emulate. 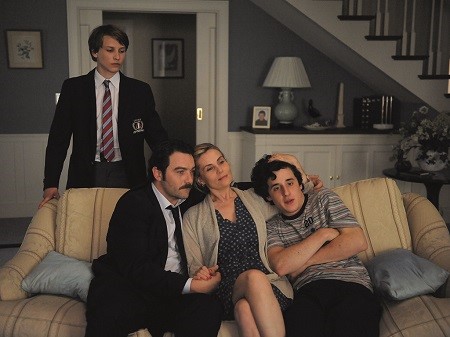 Masterful performances abound, not just from Thomas (no surprise there) but also from Ughetto, Emmanuelle Seigner and Denis Ménochet, the latter two portraying Rapha’s not-so-perfect-as-they-initially-appear Middle Class parents. But the standouts are Luchini and Umhauer, the two navigating complicated grey areas of human understanding and emotional conflict that are poignantly staggering. At the same time, as tough and as potentially unsettling the interpersonal mine fields they navigate is, both find levity in the chaos, humor inside the pain, achieving a bravura state of humane luminosity that speaks volumes.

Ozon has made quite a few good movies and more than his fair share of great ones, his track record a strong one, but I’m not certain he’s ever made one that’s made me feel as instantly euphoric as this one does. The moment it ended I knew I’d just watched something I felt like I could treasure for the rest of my life, that the director had manufactured a story engineered as if it were composed just for me. In the House is an incredible work of art that remembers the greatest stories start from the most blasé of scenarios, and that even when the ending to the tale borders on perfection the ultimate destination a masterpiece is headed for is for future generations to determine its value and worth for themselves. In other words…to be continued. 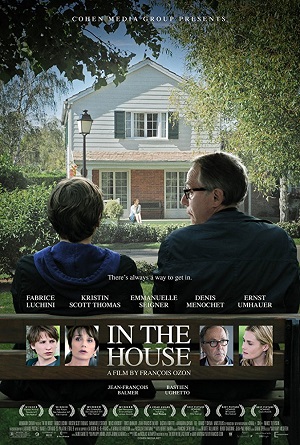