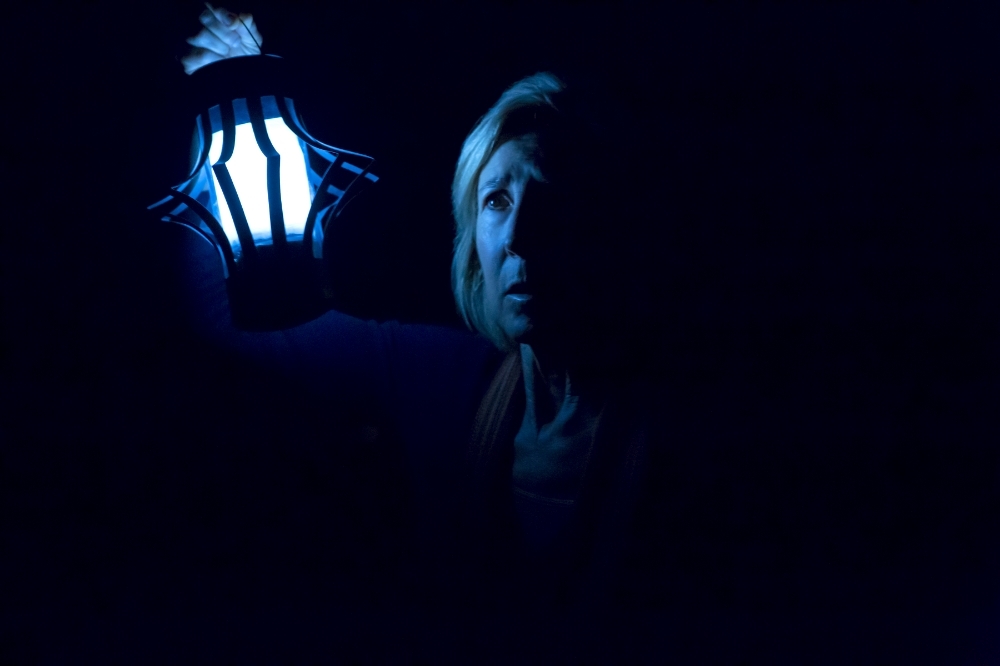 Insidious Journeys Back Inside ‘The Further’ (for the first time)

Before she arrived to save the Lambert family from certain doom, psychic Elise Rainier (Lin Shaye) was trying to put her supernatural glory days behind her. With the sudden death of her husband, bearing witness to a powerful revelation that some force beyond the earthly realm would like to do her harm, the woman is trying to be content to live out the remainder of her years in quiet. She just doesn’t want to get involved, dealing with ghosts, demons and all of their ethereal counterparts no longer for her.

Then she meets 18-year-old Quinn Brenner (Stefanie Scott). The smart, emotionally pure teenager has just lost her own mother, the after effects lingering inside her household, transforming her well-meaning father Sean (Dermot Mulroney) into a wreck and leaving her little brother Alex (Tate Berney) quietly wondering what is going on. But when a terrifying accident sends Quinn to death’s door and leaves her with two broken legs, it’s immediately apparent to Elise she didn’t return from the other side alone. Something is stalking the young woman, a demonic thing intent on feasting on her soul, and it’s up to the psychic to decide if she’s ready to return to the supernatural battlefield or if she’d rather turn a blind eye and let the Brenner family fend for themselves. 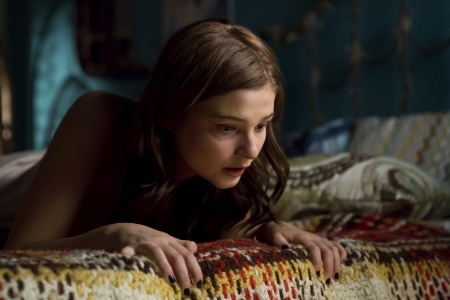 Box office hits or no, I can’t say I was a fan of director James Wan (Furious 7, The Conjuring) and screenwriter Leigh Leigh Whannell’s (Saw, Dead Silence) previous journeys into “The Further” (the land between the living and the dead), Insidious and Insidious: Chapter 2. While each supernatural freak show about a family being hunted by a ferocious evil intent on returning to the living world via possession had their respective moments, they also had their fair share of problems. Lack of focus. Inconsistency in tone. Unforgivable lapses into stupidity. Comedic bits that weren’t comedic and were remarkably ill-conceived. All of these issues and more dogged the two horror films from start to finish, and as such I found little other than disappointment in the watching of them both.

Taking over the directorial reins, Whannell finishes up his trilogy with Insidious Chapter 3. But instead of continuing onward from where the second film left off he chooses instead to offer up something of a de facto prequel chronicling how psychic and ghost fighter Elise got her mojo back after suffering a heartbreaking setback. While there are ample hints alluding to the events to come – pictures, references and visual clues abound, as does one gigantic spectral reappearance of a devilish fiend – the filmmaker actually allows this story to stand on its own. This is both as much Elise Rainier’s spiritual rebirth as it is a saga of a family in crisis, both coming together at just the right moment, each needing the other more than they initially realize.

The central scenario might be overly familiar, and I honestly can’t say Whannell’s film doesn’t do a darn thing that isn’t unexpected, but forgive me if, somewhat surprisingly, I kind of liked this prequel. It moves well, the balance between comedy and scares is solid, it’s spectacularly shot by Brian Pearson (Into the Storm), superbly scored by returning composer Joseph Bishara (Dark Skies) and unleashes its onslaught of jump scares (of which there are many, probably too many) with far more skill and effectiveness than usual for this type of affair. The film winks at the audience with knowing self-effacing glee when necessary only to play things cryptically and creepily close to the vest in the very next instant. It’s fun stuff, all of it anchored by a performance from Shaye that’s complex, strong and emotionally captivating.

Not that Whannell avoids prequel pitfalls entirely. As this effort takes place before the events of the previous two films, it’s not like a lot can happen to Elise, so even when she’s doing her best Sigourney Weaver impersonation locking horns with the demonic version of the Alien Queen there’s never any doubt who’s going to come out on top. Tension on that front is difficult to maintain, and even if the Brenner family are an unknown factor it’s safe to say that it would be unlikely our heroine would emerge from any of this as empowered and ready to tackle the forces of darkness as her sojourns with the Lamberts showcased if things were to go too deathly sour.

Be that as it may, it’s odd that this series keeps learning from its mistakes as it moves along. While not a complete success, and certainly offering nothing new, Insidious Chapter 3 is without a doubt the most consistently entertaining effort this trio of horror enterprises has offered up as of yet. It’s frightfully okay, fans of the previous motion pictures almost certain to walk away satisfied. 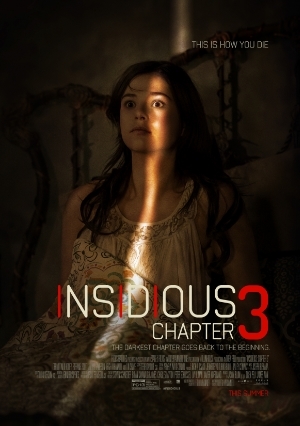