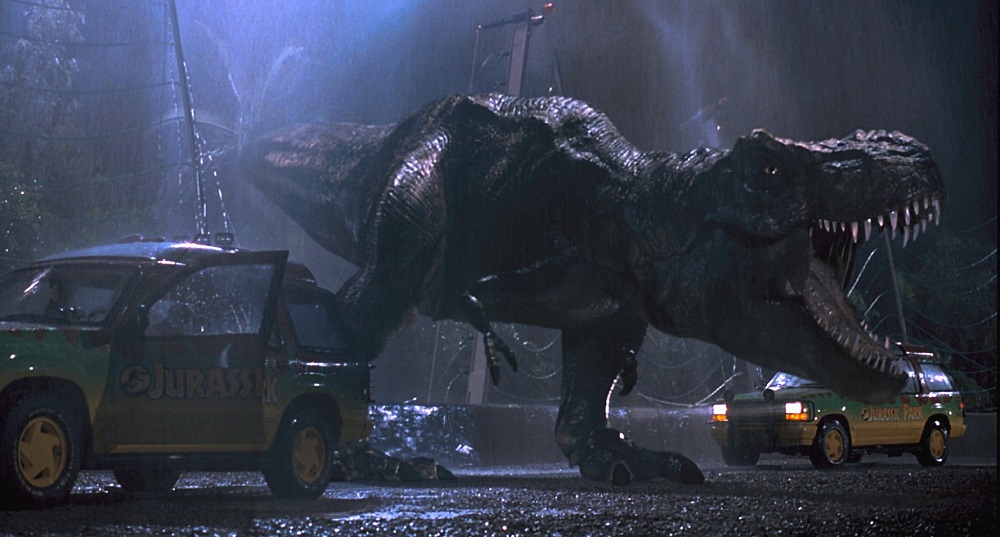 It’s hard to believe it’s been twenty years since Jurassic Park first hit theatre screens (the movie originally opened on June 11, 1993), Steven Spielberg’s adaptation of the Michael Crichton best-seller one of the biggest hits of the legendary filmmaker’s career. Spawning two massively successful (if not nearly as well-received) sequels, a theme park ride and countless imitators, the film has stayed in the public consciousness ever since, having a life on VHS, DVD and Blu-ray virtually second to none. 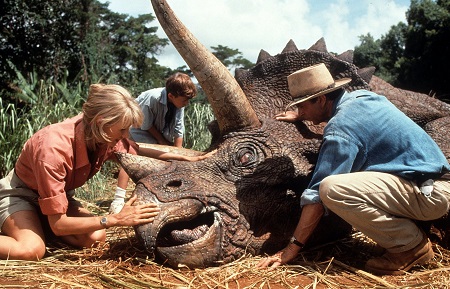 There are two things I think people forget as it relates to the Oscar-winning sensation (it took home awards for Sound, Sound Effects Editing and, obviously, Visual Effects). The first is that, while a solid movie, while filled with great moments, memorable sequences and solid characterizations, it’s hardly a classic, the pacing a little shoddy and the feeling there are times Spielberg is going through the motions (if only a tiny bit) both readily apparent. The second, even with those reservations, even with those minor missteps, is just how brilliantly the movie does play inside a theatre, its shortcomings masked to such an impossible degree it’s hard not to proclaim the finished product nothing short of a Spielberg masterpiece.

On neither count do I waver. As solid as the setup to all the coming carnage is, Spielberg, along with screenwriters Crichton and David Koepp (Premium Rush), takes his time cutting to the chase. While it is appreciated that they treat the film’s memorable characters with such love and care, my attentions do still waver now and then during that initial hour. This was true back in 1993 and it’s been true during subsequent re-watches, and as such it was true once again while viewing it inside the comfort of the theatre for the first time in over a decade.

Additionally, as rousing as the midsection plays, as awesomely terrifying as the pack hunting Velociraptors are, there is something anticlimactic about the finale I’ve never been able to put my finger on. While some of the images Spielberg conjures are iconic, and even though I’ve happily watched the movie a good dozen times over these past 20 years, the final roar of the Tyrannosaur never impacts me to the degree I hope it will each time I give the film a look.

Still, the power to mesmerize an audience that Jurassic Park showcases cannot be underestimated. From the moment Dr. Alan Grant (Sam Neill), Dr. Ian Malcolm (Jeff Goldblum), smarmy lawyer Donald Genarro (Martin Ferrero) and John Hammond’s (Richard Attenborough) two grandchildren Tim (Joseph Mazzello) and Lex (Ariana Richards) find themselves under assault by an angry Tyrannosaurus Rex onwards there is something spellbinding about the spectacle Spielberg methodically unleashes. The movie, for all its little asides and bits of introspective character development – the conversation between Hammond and Dr. Ellie Sattler (Laura Dern) involving a flea circus over tubs of ice cream is perfection – is unrelenting as far as tension is concerned, and I admit two decades after the fact I was just as happily entertained this time around as I ever was back in the summer of ’93. 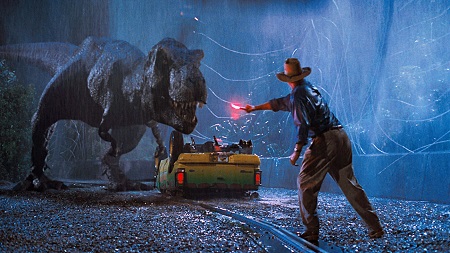 And that’s the point, isn’t it? Jurassic Park, flaws and all, is something of an old school reminder of what solid storytelling can accomplish even in the midst of such massive  (and still quite stunning, it must be said) spectacle. Spielberg never forgets to put story and plot first, allowing the moments of magic to come from the reactions of the cast and not just thanks to the eye-popping nature of the visuals. It holds up because we care about Dr. Grant, Dr. Sattler, Lex, Tim and everyone else, so when one of our favorites sadly doesn’t survive we do shed a quiet tear because in some small way we felt a connection with them that transcended the celluloid.

Did Jurassic Park need a 3D upgrade? Heck no, the film confidently spoke for itself 20 years ago and its does so just as exuberantly now. Still, I will say that as post-conversions of older titles go, this is without a doubt the best one I have ever seen, including rather solid upgrades of both Titanic and Top Gun. While I do wish the movie was screening in its original format as well, the fact it has returned to theatres where it belongs still makes me smile, the knowledge that those who grew up with the picture but were too young to see it as it was meant to be seen but getting the opportunity to do so now planting a smile on my face as big as the largest Brachiosaurus. 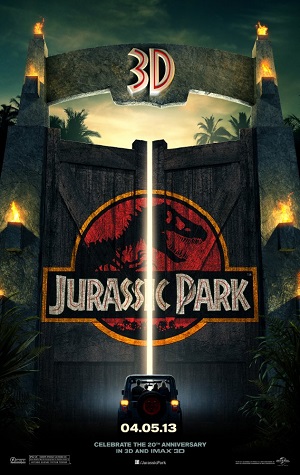