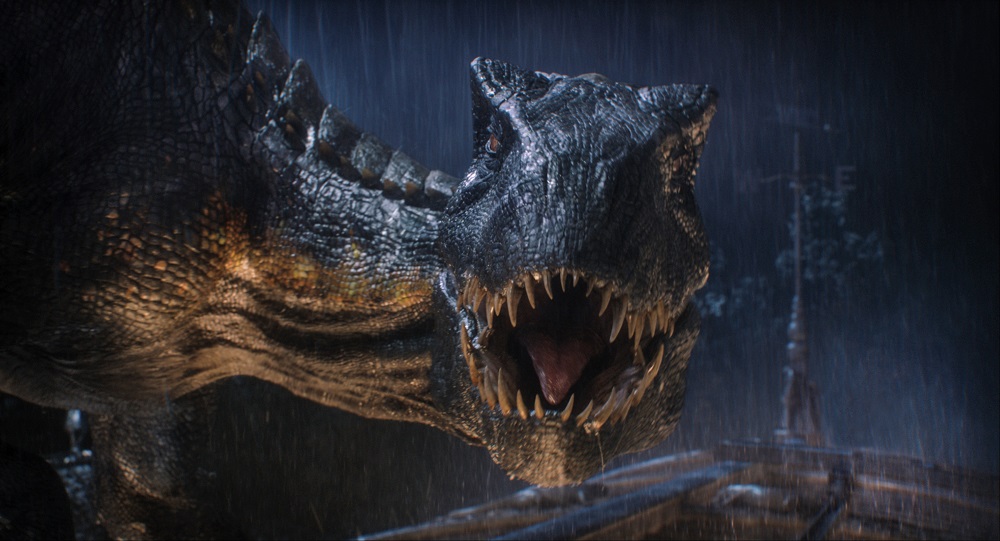 Isla Nublar is about to be destroyed. It’s been three years since the Indominus Rex devastated the Jurassic World theme park and now the island, along with all its dinosaur inhabitants, is facing an extinction-level volcanic event. Former park supervisor Claire Dearing (Bryce Dallas Howard) has become one of the world’s leading prehistoric environmentalists and she’s determined to see that the creatures on Isla Nublar survive to see another dawn. But when the U.S. government declines to save the dinosaurs she is forced to turn to wealthy corporate billionaire Benjamin Lockwood (James Cromwell) for assistance.

A former associate of the late John Hammond, he and his executive secretary Eli Mills (Rafe Spall) are all too eager to help. In fact, they’ve already got a rescue team ready to go, the group armed to the teeth and led with militaristic precision by their oddly determined commander Ken Wheatley (Ted Levine). But for the mission to be successful the group must rescue Blue, the last surviving and most intelligent member of the pod of Velociraptors trained by fellow Jurassic World employee Owen Grady (Chris Pratt). It’s up to Claire to get his assistance, but considering their last conversation didn’t go all that well she’s not sure he’ll be happy to see her. Nevertheless, the only way things are going to work out for the dinosaurs is if the two of them can put aside their differences and return to Isla Nublar together, and with time running short there’s no guarantee they or the team Lockwood has assembled to assist them will be able to get to the island in time.

That scenario is nothing but a bait and switch as far as Jurassic World: Fallen Kingdom is concerned, returning screenwriters Derek Connolly and Colin Trevorrow crafting a farcically silly plot that ends up bringing many of the dinosaurs, including Blue, out to a secluded California estate to be sold off to some shady baddies for untold millions. Additionally, Owen and Claire face down an unstoppable hybrid dubbed the “Indoraptor” while also trying to protect Lockwood’s clever granddaughter Maisie (Isabella Sermon), the precocious, dinosaur-loving youngster the unexpected key to unraveling a terrifying mystery that could mean the end for humanity as most now know it. The movie feeds in so many ideas, characters and subplots there’s just no way award-winning director J.A. Bayona (The Orphanage, A Monster Calls) can do anything memorably substantive with almost any of them, the finished sequel an unrelenting hodgepodge of disconnectedly preposterous ideas that rarely coalesce into anything substantive.

Nevertheless, when this fifth film in the long-running franchise works it does so magnificently. Bayona stages some horrifying creature sequences, the final third of this flick becoming something of a gothic Alien variation with the Indoraptor stalking the halls of Lockwood’s house in search of its prey. He also transforms Blue into the film’s secret weapon, the intelligent Velociraptor this story’s most important character as she helps protect Owen while at the same time figuring out her place in this brave new world where human and dinosaur now coexist. It’s can be pretty darn thrilling, Sermon’s hauntingly ethereal presence a big help as far as that is concerned, and as convoluted, untidy and downright stupid as events might get, I was still entertained just enough to not particularly care just how dumb things eventually turned out to be.

I do give Connolly and Trevorrow credit. The pair double-down on the idea they broached in Jurassic World about the militarization of dinosaurs, taking that concept even further down the sci-fi rabbit hole than I anticipated they would. This allows the franchise to move in a somewhat new direction unlike that of any of its four initial entries, and while most of what transpires in regards to the genetic modification and splicing of the creatures is left to be explored in a future sequel, that they’re sticking with this scheme no matter how imbecilic it might be is kind of commendable. But the dialogue Pratt and Howard are forced to spout is well below the standard Connolly and Trevorrow set with their wondrous debut Safety Not Guaranteed, and there were definitely moments where I began to wonder if Claire and Owen even existed inside the same motion picture.

As for Bayona, he’s clearly picking up a paycheck, but that doesn’t mean he still can’t stage some crackerjack moments overflowing in visual ingenuity and bristling in viscerally unsettling elegance. There are sequences involving the Indoraptor hunting down Maisie that made my skin crawl, while a scene inside the dilapidated Jurassic World command center with streams of lava raining down through burnt cracks in the ceiling while a malevolent predator looks upon Claire and one of her petrified assistants as nothing more than an end of the world snack got me to giggle in excited glee. The director is at his best, though, when he allows all of the prehistoric beasties to chomp down on a variety of varying victims, and there were certainly times I wondered what might have been had Bayona made a straightforward dino-themed horror flick instead of another installment in the Jurassic Park universe.

For those who find the missteps Jurassic Park: Fallen Kingdom takes on its way to setting up what I imagine will be the final part of this second trilogy inspired by Michael Crichton’s novel and Steven Spielberg’s 1993 adaptation far too numerous to easily get past, I can’t really say I disagree with their assessment. It’s messy and absurd to an almost unfathomable degree, and the place the sequel takes both Pratt and Howard’s respective characters is frankly ridiculous. Even so, there’s just enough here that made me smile that I had little trouble enduring all of these blunders, Bayona keeping me happy for most of the film’s 128-minute running time, all of which helped make this bit of dino-themed silliness an exuberantly nonsensical rollercoaster I honestly enjoyed riding upon. 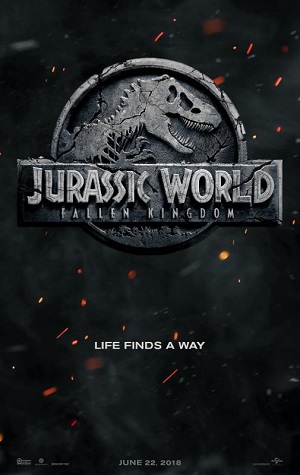