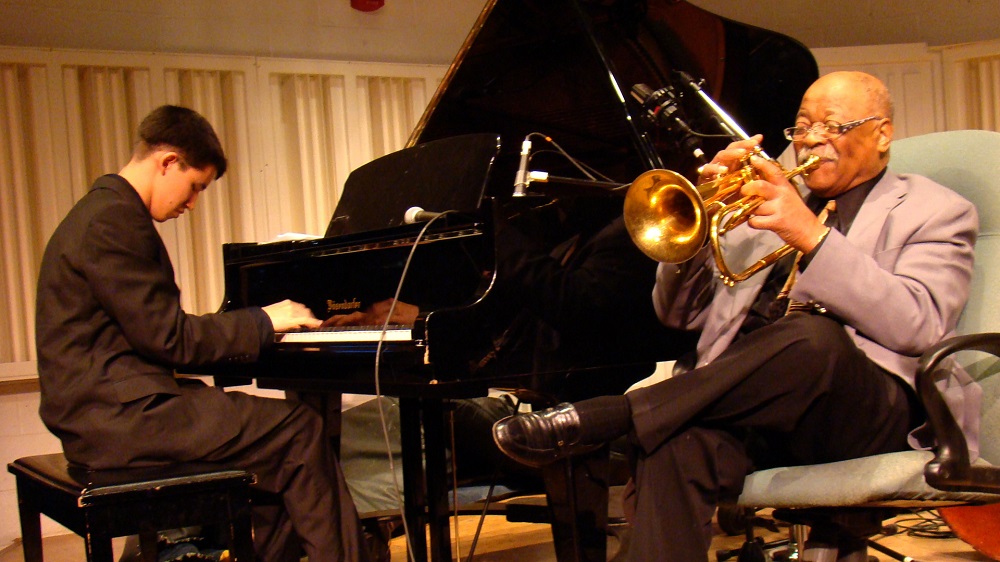 Jazzy Keepin’ On a Rhythmic Sensation

Keep On Keepin’ On is a Jazz documentary for Jazz lovers that just so happens to be gloriously entertaining for just about everyone else as well. Incredibly well put together over a period of roughly five years by freshman filmmaker Alan Hicks and his crew, the film follows the blossoming friendship between blind piano prodigy Justin Kauflin and legendary jazz icon Clark Terry, the talents of both continually on magnificent display.

Not that the movie does anything extraordinary. By and large it is mostly a talking heads affair, luminaries like Quincy Jones (one of the film’s producers), Herbie Hancock, Arturo Sandoval and Bill Cosby – not the best timing on that front, that’s for certain – waxing poetic about Terry while adding insight into his tutelage of Kauflin. As strong a filmmaker as Hicks proves himself to be, he basically started this project on something akin to a whim coupled with happy happenstance, and as such he doesn’t shake up the formula all that terribly much proceeding on a relatively straightforward path as he chronicles the two men and their relationship.

But, not only is Terry’s 70-plus years as a musician justifiably celebrated, so is the history and progression of Jazz itself. Woven into that is Kauflin’s journey, his evolution as a young artist trying to find his voice assisted by one of the music industry’s most towering figures. It’s old school and new school coming together in fascinating, constantly evolving ways, each lending a voice to the other that potentially neither man actually knew they had simmering within them and theoretically would not have come out had they not met.

The movie is hugely enjoyable and, as I’ve already stated, that pretty much goes whether you’re a lover of Jazz or if you’re indifferent to the genre. Terry is a fascinating figure, oozing intelligence and charm even as he heads into his 90s, while Kauflin’s got charisma to burn, his talents as a musician apparent right from the start. As for Hicks, he’s managed to assemble as solid a debut as anything he could have hoped for, Keep and Keepin’ On a rousing documentary undertaking whose rhythmic underpinnings are so self-assured they’re positively euphonious. 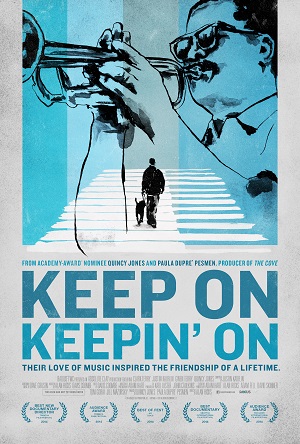