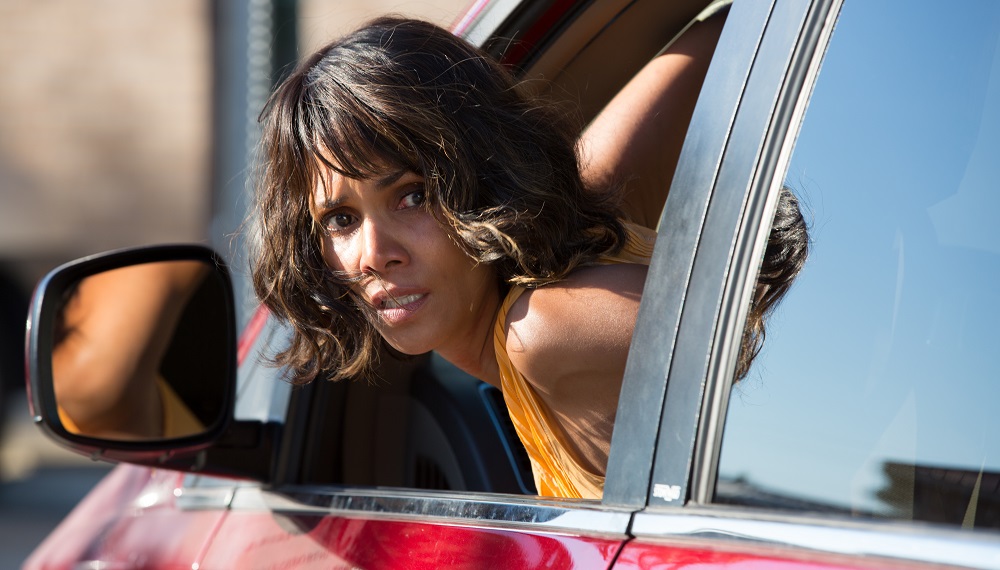 While visiting a local fair, recently divorced mother Karla Dyson’s (Halle Berry) six-year-old son Frankie (Sage Correa) has been kidnapped. She gets to the parking lot just in time to see the perpetrators throw him into the back of their beat-up sports car, peeling away from the scene of the abduction with the distraught mother literally hanging from the driver’s side door. Even after being thrown to the asphalt, Karla still manages to jump into her own red minivan in order to chase the villains down, no one and nothing about to stop her from doing whatever it takes to bring Frankie safely back home with her where he unquestionably belongs. 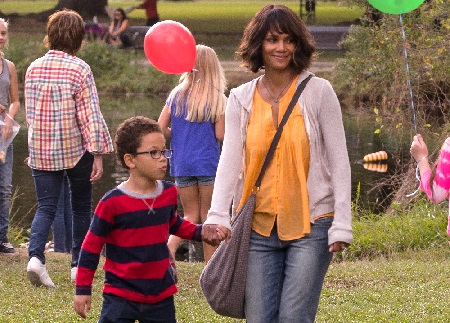 The thriller Kidnap has been sitting on the shelf for a while now, principal photography apparently completed back in 2014. Honestly, considering the unavoidable similarity to 2013’s The Call, it’s easy to see why a studio would wait before dropping this one into theatres. In that modest pulp hit directed by indie impresario Brad Anderson (Transsiberian, The Machinist), Berry played a 911 operator caught up in the abduction of a teenage girl. That movie, like this one, featured a number of breakneck car chases, close escapes and tense showdowns. Unlike this one, it also had a much better script. Better, that is, until the unfortunate moment where things went wildly off the rails, Berry’s character stupidly leaving the 911 call center in order to transform herself into a heroic melding of Jane Tennison, Clarice Starling and Sherlock Holmes in order to save the day entirely on her own.

Thankfully, Spanish director Luis Prieto, most known for his intense, reasonably successful 2012 remake of Nicolas Winding Refn’s Danish cult favorite Pusher, knows exactly what kind of screenplay writer Knate Lee has gifted him. This is an aggressively dumb motion picture, one that doesn’t spend a heck of a lot of time trying to explain any of its more egregious missteps, relying entirely upon the visceral gut-punch of its premise to keep viewers watching all the way through until the end. The filmmaker doesn’t take his foot off of the accelerator, keeping things in constant motion even in the off moment when the vehicles at the center of this particular Road Runner cartoon take a brief second or two to idle their engines.

As a B-grade exploitation thriller made in the style of ‘80s grindhouse mainstays, Kidnap gets the job done. Prieto doesn’t hide that his movie is basically the second part of an old school drive-in theatre double-bill, and as such he doesn’t shirk on the elements that would hopefully get viewers to stay awake well after midnight if they were giving it a look. Pedestrians get run over as if they were an extra working on Death Race 2000 and vehicles get pummeled and destroyed as if they were secondary cars utilized for The Gumball Rally or Grand Theft Auto, while the level of physical violence on display here is up there with the likes of The Car or Death Valley. In fact, it’s almost a pity Shout! Factory didn’t release this one as Prieto’s latest fits almost perfectly right inside the studio’s Scream! Factory lineup of titles, and I can only dream as to how imaginatively retro their marketing campaign for it might have been. 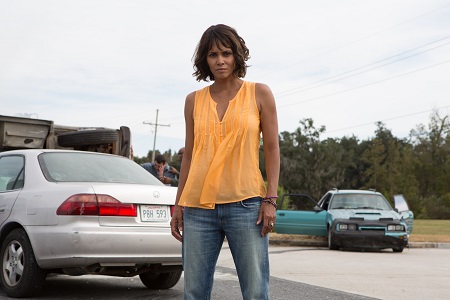 Even so, it should be noted that none of what I’ve written should be construed as a recommendation. Lee’s script really is obscenely stupid, rarely trusting the audience, or for that matter its own premise, enough to keep from spelling things out in big, bold, neon-colored capital letters at every opportunity. The film has the Gravity problem, which is, without question, a much better motion picture than this one is, in that it doesn’t know when to shut up, Berry continually talking to herself almost as if all involved are afraid of anything that might resemble silence. There are also a number of moments where one wonders why our heroine doesn’t just run her assailants over when they’re silly enough to get out of their vehicle, at one point even allowing a member of their party to get inside her own minivan even though all of us sitting in the theatre knew just how bad an idea this incontestably is.

But I can’t find it in my heart to get mad. Heck, even though The Call had a far superior first two-thirds, I’d even go so far as to say I enjoyed this Halle Berry abduction thriller far more than I did that one, if only because all involved seem to know just how dumb the movie they’re making is and don’t try to obfuscate that fact. Had I seen Kidnap at the drive-in with my parents back in the ‘80s, had I stayed up until 2am (or later) to see how things turned out, it’s even likely I’d probably have enjoyed the darn thing. None of which means I did so now, but the fact I’m willing to admit it might have been possible all those years ago is at least one feather in this long delayed feature’s cap that’s at least somewhat laudable. 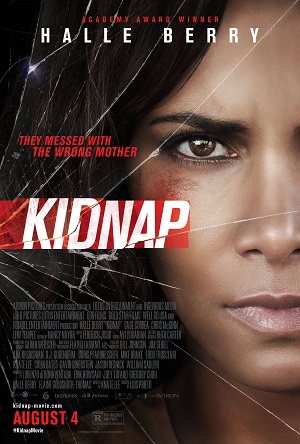