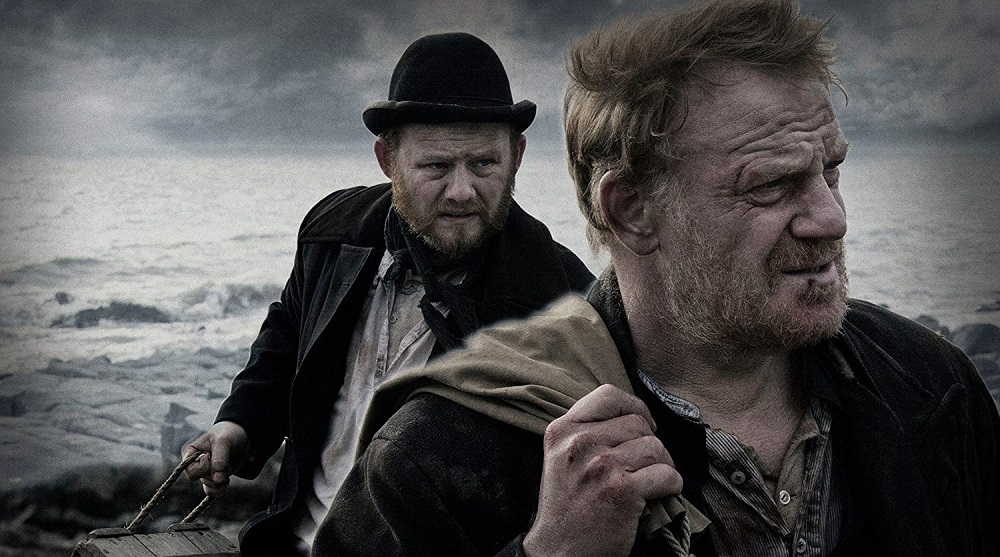 Just 25 miles off the coast in the deadly Irish Sea sits Smalls Island. It is 1801 and Thomas Howell (Michael Jibson) and Thomas Griffith (Mark Lewis Jones) have been tasked with keeping the all-important lighthouse located there lit for the next 30 days. Isolated and alone, the pair is none too happy about being stationed together at this assignment. Griffith knows of Howell’s history, knows what happened the last time he had this sort of duty at a different lighthouse, and as such he believes having him here, on Smalls Island, is a giant mistake. 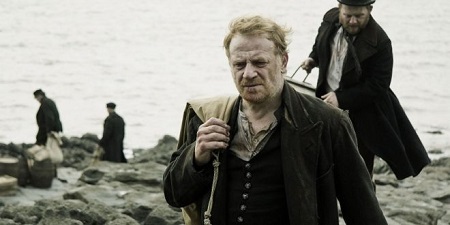 He’s right, but not for the reasons the seasoned sailor and veteran lighthouse keeper thinks. When a freak storm hits the island, Howell and Griffith find themselves stranded in complete and total isolation with their food and water supply slowly dwindling down to nothing. They have zero chance of being rescued until the squall subsides, and as the days and nights drag on it becomes apparent this isn’t going to happen anytime soon. Through it all they attempt to put aside their differences and keep the lighthouse running so as to protect the waterway for passing ships trying to navigate these dangerous waters. But as things progress Howell and Griffith are quickly reaching the end of their combined psychological rope, and if by some miracle they do survive, they’ll likely do so at the cost of their sanity.

Based on real tragedy, director and co-writer Chris Crow’s award-winning 2016 drama finally makes its domestic theatrical and VOD debut, and for the most part it’s been worth the wait. Methodically paced, the film does admittedly play more like a two character, dialogue-driven theatre piece than it does a feature-length motion picture, and even at only 102-minutes things can noticeably drag. Yet Crow and fellow screenwriters Paul Bryant and Michael Jibson still do a nice job of keeping the focus on Howell and Griffith, all of which makes the horrors the pair end up facing far more emotionally affecting than they otherwise would have been.

Both Jones and Jibson are excellent, the latter especially so. Howell is determined to put what happened in the past behind him even if the weight of his previous failure still keeps him up at night battling terrifying visions and debilitating nightmares, the actor’s exploration of these complicated emotional states, especially as things near their haunting climax, superb. Jibson’s conversations with Jones feel urgent and vital, the two exploring different variations on concepts of personal responsibility, selfless heroism and 19th century masculinity (which sadly isn’t that far removed from its 21st century descendant) with a ruggedly withered intensity that’s fascinating. 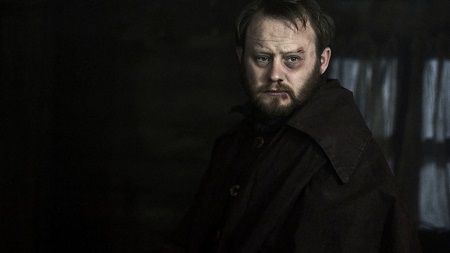 But all of this can be pretty slow going, and even if one knows nothing about the historical facts surrounding the Smalls Island Incident in 1801 it’s still hardly going to come as a surprise to anyone watching the film where things end up. Crow’s opus can feel more like a housebound (in this case lighthouse-bound) My Dinner with Andre than it does a psychological thriller analyzing isolated men under extreme duress. As such there are points where the tension inexplicably vanishes, my attention waning and my interest in whether or not Howell and Griffith would survive noticeably diminishing because of this.

Thankfully Crow shows an ability to quickly right his ship anytime things start to take on too much water. The last third is especially captivating, and once things start to center more on Howell and how he is battling his remaining demons from his last lighthouse assignment while also doing all he can to ensure the light stays lit at this one the film really hits its suspenseful groove and doesn’t let up until the end credits. I was especially taken with Alex Metcalfe’s exquisite cinematography, his use of shadows, fog and rain effects coupled with how all of them respond to varying forms of light gorgeously unsettling. As a minimalist survival thriller showcasing humanity’s continual battle against the forces of nature The Lighthouse is a beacon of low budget indie ingenuity worth shining a positive spotlight upon. 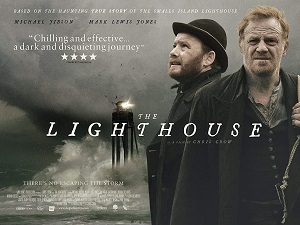