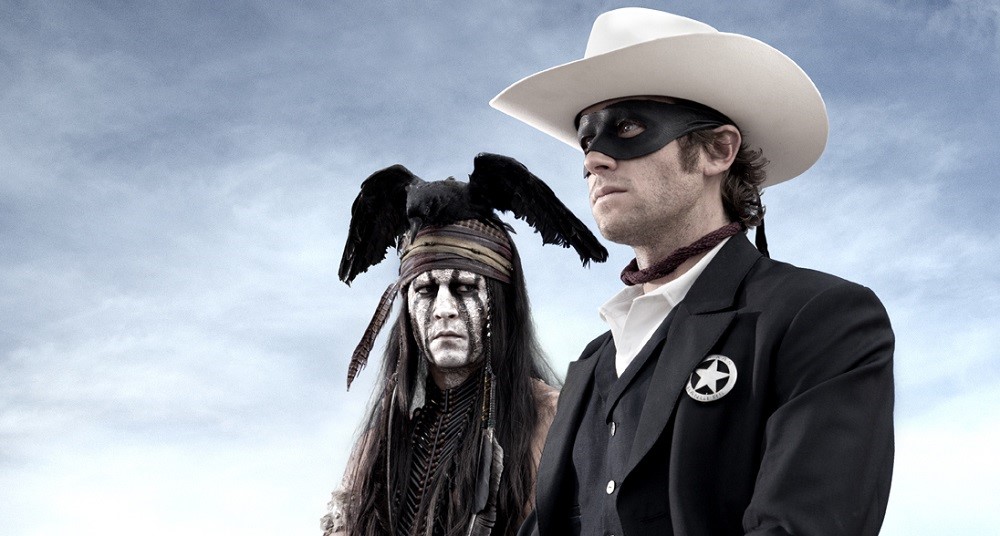 It’s hard to come up with a film more of a tonal misfire than director Gore Verbinski’s attempted reinvention of Western favorite The Lone Ranger. A television icon immortalized by Clayton Moore in the 1950’s, a staple of countless comic strips, cartoons and a handful of books, the movie, reuniting the core creative team behind The Pirates of the Caribbean franchise, including writers Ted Elliott and Terry Rossio, producer Jerry Bruckheimer and star Johnny Depp, this movie has no idea what it wants to be and what sort of audience it has been engineered for. Too violent for kids, too stupid for adults, too plodding and, putting it plainly, boring for just about everyone else, this is a mega-budget calamity (a reported $200-plus million, excluding marketing) I’m not sure anyone, anywhere could possibly come close to enjoying. 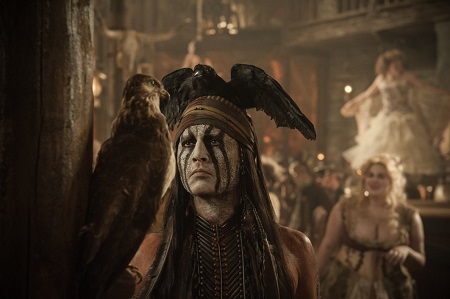 The basic scenario hasn’t changed much. After an ambush leaves the rest of his posse – including his older brother Dan (James Badge Dale) – dead, a wounded John Reid (Armie Hammer) rises from the grave thanks to the assistance of wise native warrior Tonto (Depp). Choosing to keep his identity hidden in order to protect those he loves as well as ferret out the evildoers who did him wrong, the Texas Ranger wears a mask and is subsequently renamed ‘The Lone Ranger,’ transforming himself into a dedicated fighter dedicated to upholding the law and see that those who commit criminal acts see the justice they deserve.

The changes? Here Tonto is a slightly crazed warrior who nonetheless understands the ways of the world and those that live within it much better than his somewhat wimpy partner, John Reid a bookish bore ill-prepared to be thrust into the middle of chaos. As for the man they’re after, Butch Cavendish (William Fichtner) isn’t just a bloodthirsty hellion, he’s a bloodthirsty hellion who likes to rip the hearts out of his prey and eat them right in front of any potential survivors. Throw in a bunch of additional pointless hogwash, including Dan’s widowed wife Rebecca (Ruth Wilson) and their easily astonished son Danny (Bryant Prince), and it’s doubtful things could get any more convoluted.

Wait. Scratch that. They can. The majority of the narrative revolves around a long-winded scheme to take over ownership of a railroad line being shepherded to completion by company man Latham Cole (Tom Wilkinson), the miscreants intending to use a rich vein of silver that just so happens to be hidden in the same hills and mountains Tonto’s massacred people at one point called home to finance their scheme. There’s also a side plot involving a thriving madam, Red Harrington (Helena Bonham Carter), but she’s not exactly of any import save to make sure the woman is around to lend long-legged assistance during the climactic rail yard showdown. Throw in the appearance of the U.S. Cavalry, led by the easily influenced Captain Fuller (Barry Pepper, in full George S. Custer drag), and there’s lots going on, all of it sort of connected, even if why it is so and what makes it worthy of keeping an eye on never comes into clear focus.

It’s a mess, bits played with an eye for comedy while others there are treated with a ferocious sincerity you could swear that when you blinked somehow an entirely different motion picture had started to play. There are times when the filmmakers give crystal clarity to the brutality of the time period, Verbinski pulling no punches where it comes to the Calvary’s decimation of Native tribes. But many of these sequences are juxtaposed against Tonto and Reid performing like total fools, running from massive fireballs or acting as if they just stepped onto the set of some Buster Keaton-style silent comedy, scenes of countless hundreds being massacred playing solemnly alongside incidents of comedic buffoonery.

You can tell money has been spent. Penny Rose’s (Unstoppable) costumes are suitably lavish, as is Jess Gonchor’s (True Grit) impressively lived-in and grittily authentic production design. The art direction and set direction are equally stunning, and from a technical standpoint one must step back and admit this version of The Lone Ranger looks pretty darn impressive. Additionally, the CG employed during the climax, old school locomotives running with unabated abandon while Reid, Tonto and a whole slew of villains run roughshod over, through and under them, is fairly incredible, and while not entirely photorealistic it must be stated the film does come astonishingly close to being so right when it matters the most. Even the William Tell Overture makes a welcome appearance, it’s insertion making my inner six-year-old stand up and cheer (if  sadly only for a second or two).

But so what? The characters are consistently one-dimensional and unappealing, the framing device used to tell the story feels like nothing more than an excuse to let Depp showcase his flair for physical comedy while the plot itself is so padded the filler used to stuff it out to its abhorrent 149-minute length ends up being more substantive than any of the important bits turn out to be. Verbinksi and his team have taken this treasured, still-vibrant character and transformed both he and his compatriot into shells of what they could have been, this incarnation of The Lone Ranger so misbegotten it makes one long for the days of Klinton Spilsbury, and if you understand that reference than you fully comprehend just how gigantic a disaster this failed reinvention truly is. 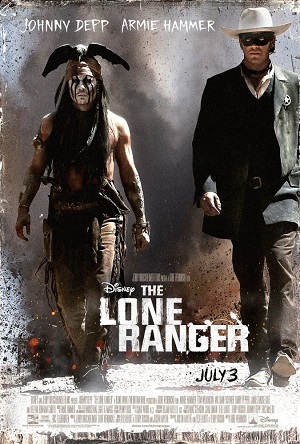