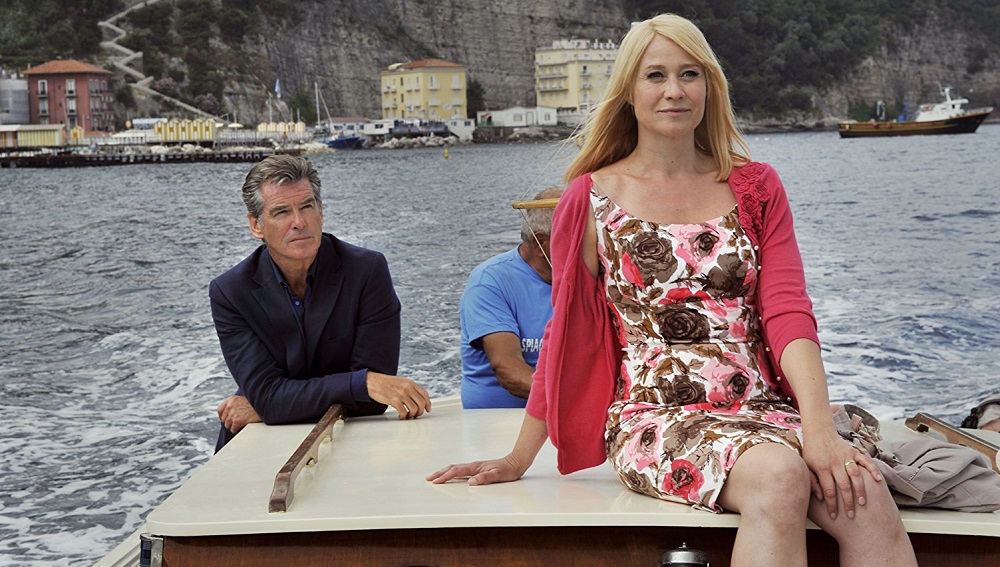 Days before their daughter Astrid (Molly Blixt Egelind) is to be married to the charming Patrick (Sebastian Jessen), and only hours after a doctor has informed her that she has successfully beaten cancer, Ida (Trine Dyrholm) discovers her husband Leif (Kim Bodnia) has been cheating on her with a woman from work, Thilde (Christiane Schaumburg-Müller). With no time to really process this information, she head’s to Italy for the wedding. Adding insult to injury, Ida inadvertently collides with the groom’s high-strung Englishman father Philip (Pierce Brosnan), literally hitting the man with her rental car in the airport’s parking garage. 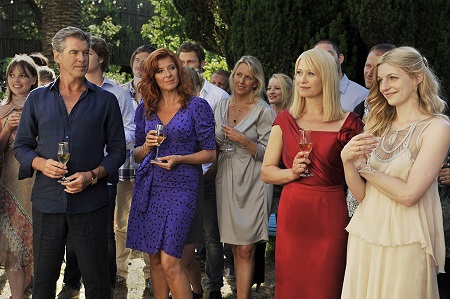 Even with this cataclysmic introduction, and even though the two have nothing in common, the pair somehow still manage to generate a connection, the stuffy businessman allowing the doe-eyed hairdresser to speak her mind to him no matter how cutting and personal her remarks prove to be. They understand one another, Ida in no mood to deal with Philip’s bull as it pertains to his own wife’s untimely death years prior, and in the process this allows him to find some sort of catharsis as he is forced to put his feelings and thoughts in order in order to respond to her. He in turn grasps just how difficult this wedding is for this mother of the bride, especially when Leif shows up with the bubbly outspoken Thilde as his plus-one. As other complications unexpectedly arising and the nuptials of their children suddenly are put in jeopardy, the two parents take solace in the fact that this Italian adventure has helped them generate a much-needed friendship, both Ida and Philip finding happiness in one another’s company the likes of which they haven’t felt for a very, very long time.

Based on that synopsis alone, there is no reason to believe Danish import Love Is All You Need would be anything other than a tired melodramatic retread riddled with cliché. Additionally, the film is so overstuffed with needless subplots the overall effect should have been mind-numbing. Yet, in large part thanks to the effortless talents of the actors, Dyrholm and Brosnan in particular, and more to the point to thanks to the delicate, unforced handling of it all by Oscar-winning director Susanne Bier (In a Better World, Brothers), this movie ends up being something of an intimate, character-driven delight. It’s a lovely little drama that made me smile, the final scenes so wondrous the fact nothing original happened at any point whatsoever didn’t bother me one single solitary little bit.

The script, written by Anders Thomas Jensen (Adam’s Apples) and based on a story he concocted with the director, is honestly something of a mess, the complications hindering Astrid and Patrick’s wedding too obvious for their own good. Additionally, a subplot involving Philip’s overly amorous sister-in-law (Paprika Steen) frustratingly goes nowhere interesting, her final comeuppance not having near the impact on the proceedings I felt it should have had.

Yet for all those faults, and as forgone as the scenario concerning Ida and Philip might be, there is something sweetly intoxicating about this journey these two lost souls finds themselves embarking on that’s just too priceless for words. The energetic simplicity of how things evolve, the naturalistic nuances of their conversations, the way a certain smell or a brush of the hand can change everything in an instant, all of it comes together with a mesmeric sophistication I found sublime. 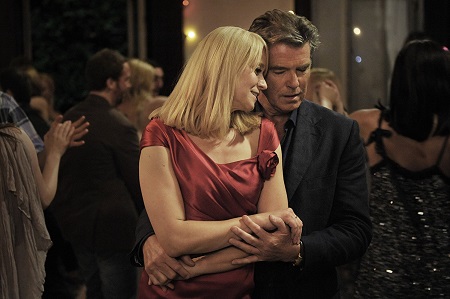 It helps that Bier, as talented a filmmaker as there is working today, understands emotions resonate with more ferocious intimacy if they’re not impaled upon the viewer’s head as if it were a spike to plant them on. She allows cinematographer Morten Søborg’s (Valhalla Rising) visuals to observe without commentary, composer Johan Söderqvist’s (Kon-Tiki) score to augment the action and not become a part of it, all of the film’s various pieces coming together with graceful minimalism. Bier gets that less in the case of a story as familiar as this one is indeed more, the director gifting Dyrholm and Brosnan the freedom to inhabit Ida and Philip as they see fit, trusting them to create a connection without any extra embellishments on her part.

While Love Is All You Need is certainly a minor effort from a filmmaker who more often than not has shown herself capable of so much more, that doesn’t make this drama any less a joy. Ida and Philip’s slow dance towards romantic entanglement is lovingly pure, Bier’s adroitly understated choreography allowing for a level of emotional clarity that’s divine. My heart overflowed in happiness watching this movie, the delight I felt as I left the theatre a feeling I hoped would never end. 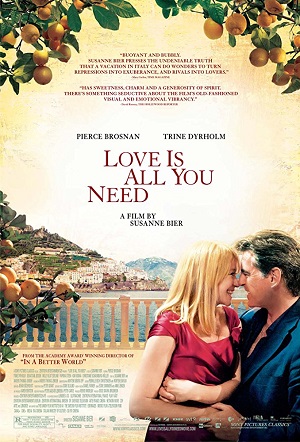