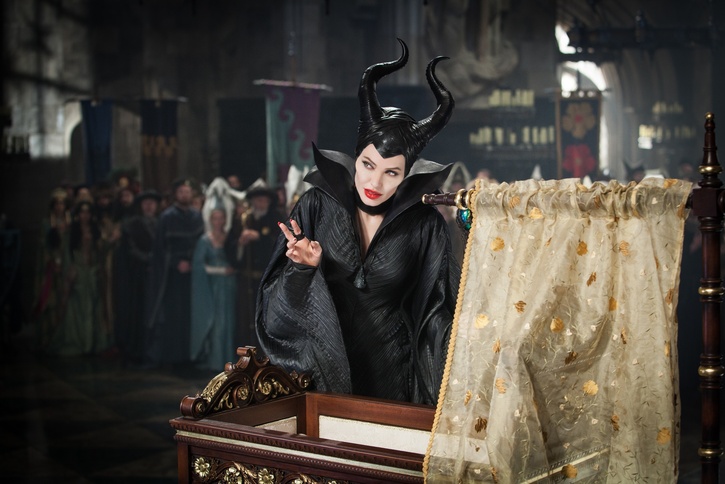 Let me get this out of the way right upfront: Disney’s 1959 version of Sleeping Beauty is my all-time favorite animated film. I adore it beyond measure, find it a sweeping testament to love, sacrifice and courage that sweeps me off my feet, and holds me in spellbound awe each and every viewing. It is, to my mind, perfection, and it is the bell standard to which I hold every single animated motion picture that any studio (not just Disney) releases for my cinematic consumption.

So it goes without saying, the bar Maleficent, a live action reinterpretation of my fairy tale favorite, had to vault over for me to give it a pass was going to be high. Fairly or unfairly, and some would understandably lean towards thinking the latter, my judgment of the film was going to be – is going to be – clouded by my unabashed adoration of the animated classic, and for that I feel contentedly unapologetic in the absolute extreme.

All the same, I feel quite strongly that my assessment of the finished film isn’t as clouded or as biased as it potentially could have been. The simple truth is that as beautiful as Maleficent is to look at, and considering it is directed by Academy Award-winning visual effects maestro Robert Stromberg (Avatar, Master and Commander: The Far Side of the World) this is hardly a surprise, it is unfortunately an emotionally flat effort that feels cribbed together from a variety of superior sources. Its characters are noticeably nondescript, the motivations driving them not particularly interesting, everything building to a loud, obnoxiously energetic conclusion that undercuts the narrative’s own themes at seemingly every turn. 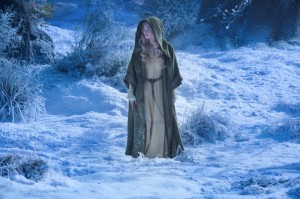 There is an exception to all of this, and thankfully it is a big one. Angelina Jolie, perfect casting in theory, even better in actual execution, inhabits the visage of Disney’s most timeless and popular screen villain with remarkable authority. She gives her shadings and complexities that are consistently intriguing, doing so much with just the raise of an eyebrow and the subtle beginnings of a smile, watching her come to life is oftentimes an outright joy. She reinvigorates a cold, lifeless heart with rousing authenticity, reinterpreting the character in ways that feel earthy, genuine and delicate, while also not shirking from the devastatingly visceral power and ferocity lurking inside.

Other than that? Sadly, Stromberg’s film is a major missed opportunity on almost all fronts. Creating a world where two kingdoms sit side-by-side – one human, filled with power-mad hellions eager to increase their domain’s wealth and power; the other magical, inhabited by innocent, child-like fairies, sprites and various other creatures who only want to live in peace – Linda Woolverton’s (Alice in Wonderland, The Lion King) script posits Maleficent to be nothing more than a powerful being undone by her love for a human, and who only wants to see her land remain free from his species’ touch. She puts her curse on the infant Princess Aurora, not because she’s evil, but because she’s heartbroken, wanting to get back at the newly installed King Stefan (Sharlto Copley) for the unforgivable wrongs she feels have been done to her.

From that point, Maleficent sits and watches Aurora grow up into a loving, free-spirited and entirely selfless teenage girl (played by Elle Fanning), quickly coming to the realization her horrifying curse was made in terribly short-sighted haste. Problem is, all this stuff, while pretty to look at, while well-intentioned, isn’t particularly interesting, everything happening with a perfunctory blasé specificity that’s more specious and dull than it is anything else. And while the main conclusion things build towards is laudable in its female-empowered, emotionally-driven tenacity (think Frozen), these moments of forgiveness and reconciliation are immediately demeaned by the fiery, action-driven pyrotechnics that immediate come right after them. 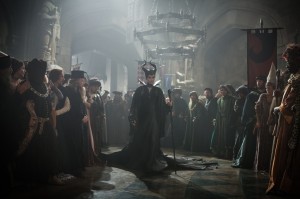 I feel like I see how Maleficent could have worked. While I can’t say I needed or wanted Disney’s greatest screen villain to be reinterpreted, giving her a backstory in order to “explain” her evil ways hardly a necessity, I do admit to being taken in by what it is Stromberg and Woolverton initially set out to do. Had they embraced their ideas completely, had they followed through on them all the way until the end, and not felt compelled to engage in carnage and chaos, potentially there could have been something worthwhile to be talking about.

But the movie refuses to do that, doesn’t allow for its ideas of forgiveness, reconciliation, selflessness and love to come out in ways that could ultimately matter. Maleficent lacks magic, and even with eyes clouded by my adoration of Disney’s 1959 animated marvel, this is one fault I would have found impossible to miss no matter what. 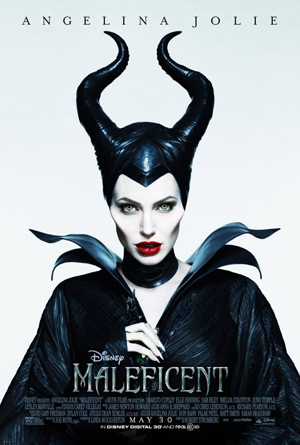