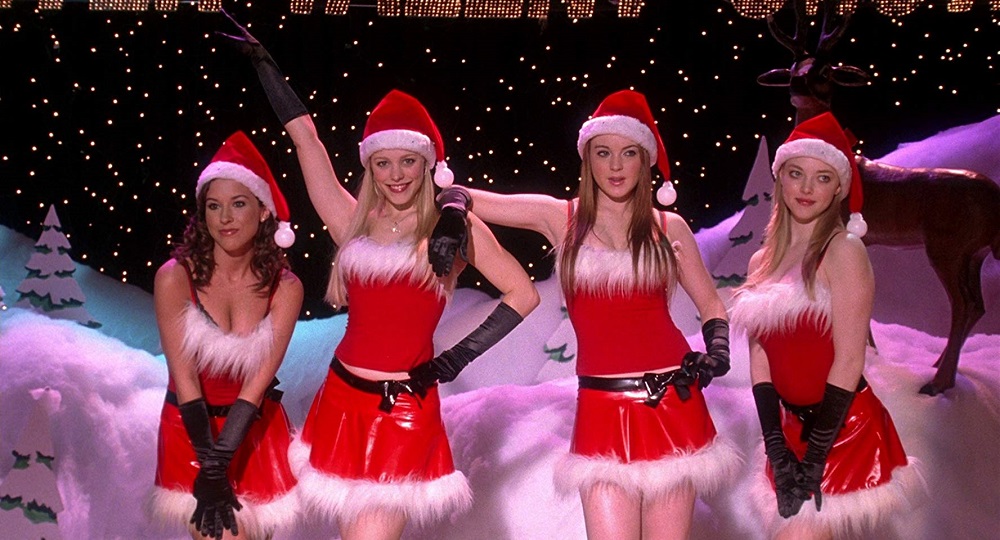 Cady Heron (Lindsay Lohan) has spent most of her young life being home-schooled in the African bush country by her zoologist parents. But when a teaching position comes open at a prestigious Chicago university, the pretty 16-year-old finds herself thrust into a world of carnivorous backbiting the likes of which she’s never known: Good old-fashioned American high school.

She is immediately befriended by two of North Shore High’s friendlier social outcasts, the good-natured goth Janis (Lizzy Caplan) and gregarious teddy bear Damian (Daniel Franzese). Cady finds kinship with the ostracized duo, the three of them quickly becoming best friends. But the newbie’s potent combination of beauty and brains also catches the eye of Regina George (Rachel McAdams), the school’s cool and calculating Queen Bee, and she realizes straight away this newcomer has what it takes to usurp her powerful position.

At the urging of Janis and Damian, Cady decides to fight fire with fire, insinuating herself within Regina’s clique of best friends, dubbed “The Plastics,” in order to conduct sabotage upon their collective social standing from within. Soon she appears to be every bit a member of The Plastics as stalwarts Gretchen Weiners (Lacey Chabert) and Karen Smith (Amanda Seyfried) are. Cady is strutting around the school wearing the latest fashions sporting perfect makeup. The teenager has managed to enter “Girl World” with high-heeled Machiavellian vengeance, turning friend against friend in a single-minded quest to end Regina’s reign, discovering in the process that life at the top of the teenage social food chain is far more addictive than she expected it was going to be.

This is Mean Girls, the new film from House of Yes director Mark Waters, and it is one of the most pleasantly nasty surprises of 2004. Inspired by Rosalind Wiseman’s Queen Bees and Wannabes: Helping Your Daughter Survive Cliques, Gossip, Boyfriends and Other Realities of Adolescence, “Saturday Night Live” featured writer and performer Tina Fey has crafted a topical and supremely funny screenplay overflowing in insight. As depicted here Girl World is as complex and as full of shadowy espionage as a Robert Ludlum-penned CIA spy thriller, the extremes the teenagers in the film go to in order to backstab one another ingenious in their craven minutiae.

I missed this aspect of high school myself. Spending my time between cliques, I tended to move within worlds, not really cementing myself with any one group in particular. Granted, I didn’t exactly make the longest lasting friendships and save for one best friend, with whom I still converse on a semi-daily basis, most of the people I knew have long past from memory. But it isn’t like I didn’t take stock of these cliques, and like any reasonably smart kid I knew which girls to make friends with, which to keep on my good side and which to try and avoid.

A girl like Regina would definitely have resided within that second group. So popular that all the school mindlessly follows her every whim, she is just the type I would have done my best to be nice to so as not to engage her wraith. When a Queen Bee gets angry there isn’t a hallway or backroom in an entire school safe from her fury, and that is exactly how McAdams plays her. Glistening behind a shiny Barbie Doll smile, she’s unafraid to kiss her target on the cheek while planting a knife square in their back. But behind the immaculate façade is a parade of insecurity and self-doubt, the pursuit of perfection causing ever-multiplying levels of paranoia that would likely be out of place in any other environment other than in high school.

Initially it looks like Lohan has the easier role, the baby-faced Cady the all-around “good girl” teen movies like this one are built on. But Cady isn’t really all that sweet and, by the end, she’s not remotely innocent, the complex politics of Girl World and the machinations fueling her rise to power corrupting the kindly young woman to her core. The actress, most recently coming off the eerily similar Disney film Confessions of a Teenage Drama Queen, portrays these contradictions with engaging aplomb, Cady is so effervescently likable that when her transformation into Plastic reaches its apex I was crushed by just how inanimate this gentle ingénue had become.

What most impresses me about Mean Girls is how twisted and malcontent the movie is. Fey and Waters take it into increasingly uncompromising terrain, fearlessly changing gears while constantly pulling the rug out from under the audience, keeping them nearly as unbalanced as their various characters prove to be. There is a malice behind the humor that is as biting as any black comedy I’ve seen in ages, Fey’s script venturing into dark corners unseen in a high school satire this good since Michael Lehman hit the nail on the head with Heathers back in 1988.

Yet also like that late ‘80s classic this one is far from perfect. Fey runs out of ideas long before the movie’s conclusion. There is a third act riot by all of North Shore’s junior student population that is just too over-the-top, so uncomfortably unrestrained it took me out of the film entirely. I also think Fey and producer Lorne Michaels wasted too much time crafting parts for their “SNL” partners. In some cases, as with Fey (wondrously filling the shoes of a gifted yet sarcastically exhausted educator) and Tim Meadows (effortlessly playing the school’s easygoing principal), the casting works. But in other instances these bit parts are instantly forgettable at their best and brutally unfunny at their worst, and in the case of the performance of the usually reliable Amy Poehler (playing Regina’s wannabe-Plastic mother) close to embarrassing.

None of which thankfully ends up mattering much. From House of Yes to Head Over Heels to Freaky Friday, Waters has shown a knack for this sort of material he’s definitely in his element with Mean Girls. His comedy moves with precocious ferocity. From a technical standpoint, the movie has a rough, almost documentary-like sheen that helps make the events going on at North Shore High almost feel like this is an episode of a PBS-funded reality television show. While I managed to make my way through the high school jungle in one piece, and while I hope today’s girls do just the same, avoiding the mean girls posing like mannequins in front of their lockers isn’t always easy or practical. But Waters and Fey do what they can to show scrubbing off one’s humanity for a mechanical glassy-eyed façade is something that should be avoided. In the end, life in plastic just isn’t worth the effort. 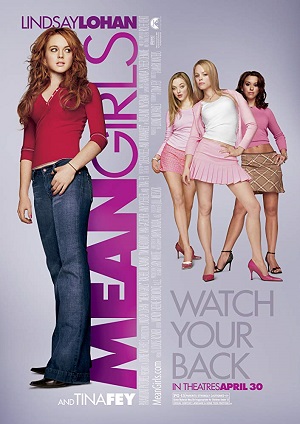