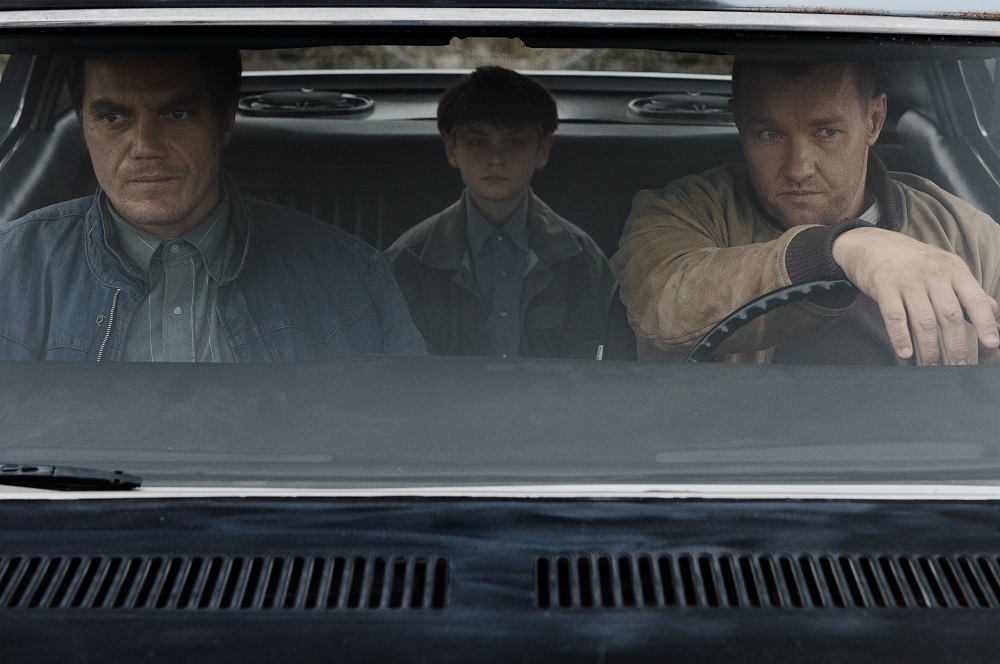 Roy (Michael Shannon) has kidnapped his son Alton (Jaeden Lieberher) from the cult clutches of preacher Calvin Meyer (Sam Shepard) and his cult followers with the aid of state trooper and friend Lucas (Joel Edgerton). Making a nighttime run to Florida, they make a brief stop to pick up the boy’s mother Sarah (Kirsten Dunst). Chasing them are a pair of fundamentalist followers of Calvin’s as well as what seems to be the whole of U.S. law enforcement, N.S.A. scientist Sevier (Adam Driver) leading the charge, his reasons for doing so kept close to the vest. 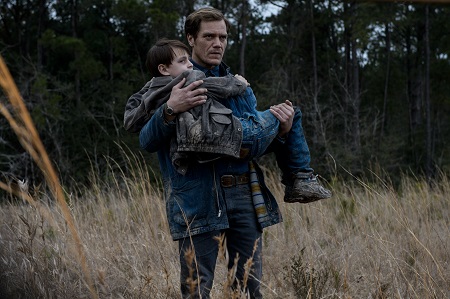 Jeff Nichols’ Midnight Special is far more than the sum of its relatively easy to explain parts. While comparisons to films ranging from Close Encounters of the Third Kind, Starman, Thelma and Louise and even Tomorrowland are apt, in reality the man behind character-driven entertainments as varied as Take Shelter and Mud has once again done his own, imaginative, idiosyncratic thing. His movie is a story of fathers putting their children before themselves, mothers finding the courage to let go and friends putting the best interests of others before themselves. It is a story of acceptance, possibility and self-actualization, one where a child will lead the way, the unknown future he is rushing towards an ethereal question mark impossible to know the outcome of.

Nichols plops us right in the middle of this story, with Roy, Lucas and Alton already on the road and Calvin deep in the process of getting his minions to find out where it is they are heading. The director doesn’t spend a lot of time spelling things out, doesn’t insert a lot of extraneous exposition to get those watching up to speed. Instead, he chooses to believe the audience can put the pieces together for themselves, can understand why it is Roy is doing what he feels is right. He uses shorthand to bring out what transpires between husband and wife, why they chose opposite paths as it pertained to their son’s well-being and what it is that brings them back together as one now.

Yet, the connections between all the characters never feel false, the various emotions driving them to do what they do rarely, if ever, in doubt. More than that, even newcomers, plopping into the proceedings randomly at key moments, feel organic and important to the story at hand. Even more impressive, no matter how minute their screen time, it’s easy to imagine an entirely different story that would involve them and only them, their backstories just as important as any of the ones involving the core principals caught up in this tale.

There is a great moment between Shannon and veteran character actor David Jensen that defines the entire narrative in one crisp, clean nutshell. The understanding that passes between these two men, what it is both of them know and how it is they are dealing with this information, it tugs at the heartstrings in a way that is poignant, natural, hinting at spiritual depths that are as expansive as they are informal. The melancholic reality of the road before them both hits home, making the courageousness of their sacrifice all the more affecting because of this.

Some of this might just be too ephemeral, especially as it pertains to Calvin’s cult as well as how the government, most notably the inquisitive Sevier, got on Roy and Alton’s trail in the first place. A case could also be made going in the opposite direction that the closing moments are far too concrete, Nichols making the decision to shine a light on exactly what is going on and why it matters that could be construed as being a little on the silly side. There is a reason we do not go into the mothership in Close Encounters of the Third Kind (at least in the versions of Steven Spielberg’s classic that matter, we do not), a reason we don’t actually know where it is Jeff Bridges’ character is off to in John Carpenter’s Starman other than a far off place a traveler such as he might call home. Spelling things out as Nichols does is admittedly a major risk, and I imagine many will take issue with what it is the filmmaker decides to show them. 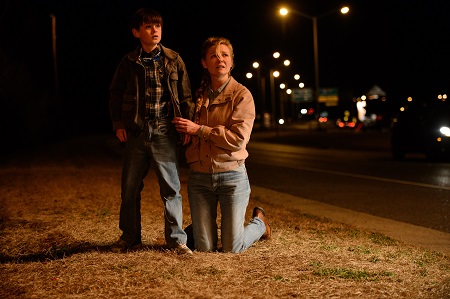 For me, Midnight Special sits remarkably well. Shannon, while maybe not as superb as he was in his previous two collaborations with Nichols’ Shotgun Stories and especially Take Shelter, is still incredible, proving once again he is one of the more dynamic, multifaceted character actors working today. Edgerton is almost his equal, a fact made even more impressive as he has far less to work with as far as the film’s treatment of Lucas is concerned. Dunst, not coming into events until almost the midpoint, has a couple of sensational moments, not the least of which is her climactic interactions with Lieberher, while Driver fleshes out Sevier in ways that are far more surprising and multifaceted than I initially assumed they would be.

This is Nichols’ show, however, and the director is in complete control right from the first frame. There is an adrenaline-fueled elasticity to events that is as smooth as it is exhilarating, all of it given extra potency thanks to the emotional complexities driving things to their conclusion. Midnight Special isn’t as clean, isn’t as tidy as the director’s previous three features, but that doesn’t make it any less tremendous, Nichols proving once again he’s one of the more creative, imaginative and flat-out talented cinematic voices working today. 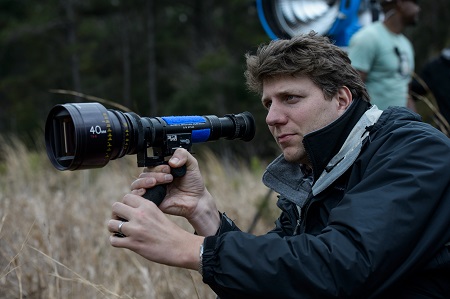 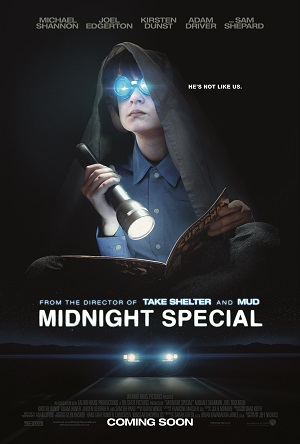