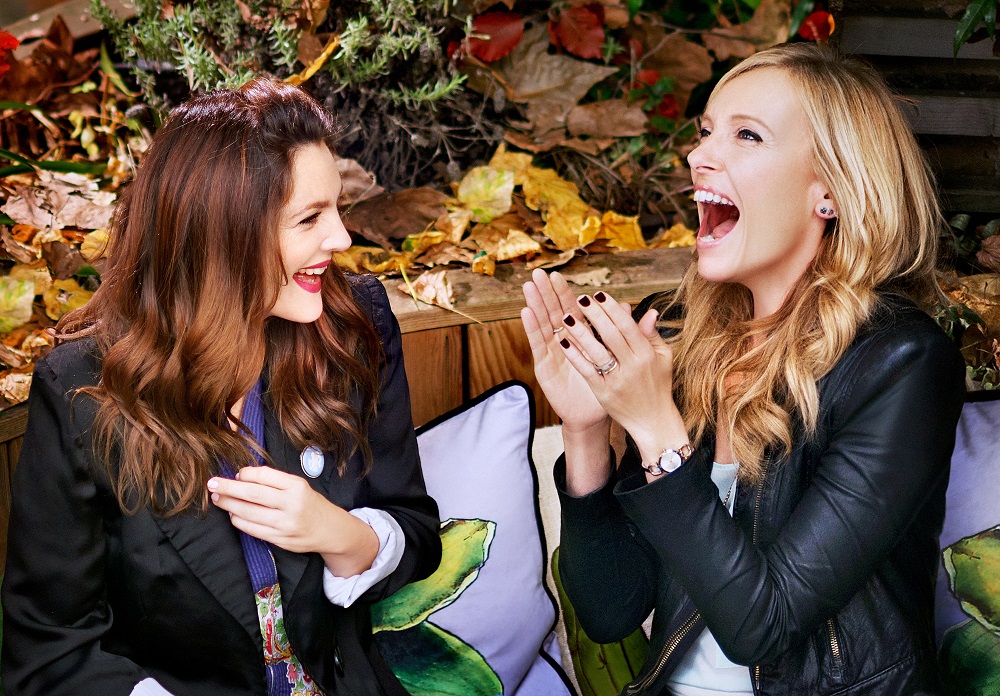 Jess (Drew Barrymore) and Milly (Toni Collette) have been best friends since grammar school. They have seen one another through first kisses, bad romances, marriages, careers and kids, and no matter what’s going on they’re still willing to drop everything to be at the other’s side in moments of need. But neither is prepared when Milly gets diagnosed with breast cancer, especially when it happens at the same time Jess gets unexpectedly pregnant with her first child. Now these two BFFs are facing a battle unlike any they’ve encountered before, and even with their respective husbands (Dominic Cooper, Paddy Considine) doing what they can they still know doing this together hand-in-hand is the best option available. 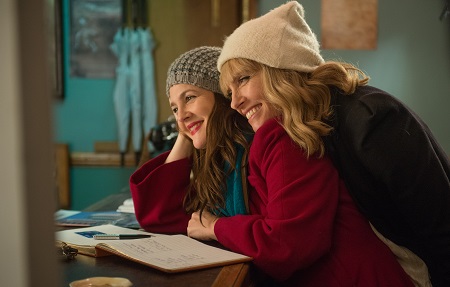 In ways that count, director Catherine Hardwicke’s (Twilight) cancer melodrama Miss You Already is a big, brash and bold weepie in the grand old Hollywood tradition. One can easily imagine a scenario where Bette Davis or Susan Hayward might have been playing one of the two leading ladies, where Robert Wise, Vincent Sherman or Douglas Sirk might have elected to sit in the director’s chair. Writer Morwenna Banks’ script hits all the anticipated marks, knows exactly which button to push, everything building to the expected tear-filled coda guaranteed to have the majority of those sitting in the theatre grabbing Kleenex and smudging their eyes dry.

But, much like so many of those films from the 1940s and ‘50s, Hardwicke manages to get so much more right than she does wrong, allowing the inherent emotions of the situations to speak for themselves. Better, she grants room for her two talented actresses to breathe, giving them ample space to make their respective characters their own thus crafting extra bits of complexity and nuance Banks’ screenplay could never have created on its own. The movie is an enchanting wonder for the majority of its running time, and while no one would ever claim it to be the most original property to enter the multiplex that in and of itself doesn’t make the finished feature any less enjoyable.

There are so many beautiful moments. The early montage showcasing the depth and breadth of Jess and Milly’s friendship. The heartrending silence when a still shell-shocked wife has to tell her husband she’s got cancer. A spellbinding timeout with a movie makeup wizard (played by the divine Frances de la Tour) trying on wigs. The subtle grace of a stiff-upper-lip British mother (a superb Jacqueline Bisset) quietly, and secretly, snagging a lock of her only daughter’s hair after it had been freshly shorn from her head. How a loving wife reacts to news of a pregnancy she never dreamt possible coupled with the reaction of a daddy-to-be getting news that has him overcome with joy. Every second of this works, and even if nothing is shocking that didn’t make my reactions less genuine.

I could have done without Barrymore’s voiceover. I get the point of it, why Hardwicke and Banks went this narrative route, but in all actuality it isn’t necessary, a you-are-there approach potentially more effective. The syrup can also get squirted on a little thick, and while this is par for the course as far as these kinds of melodramas are concerned considering just how sincere much of the film can feel the moments where this isn’t so are more noticeable and obvious because of this. An entire subplot involving Wuthering Heights and an obsession with the British moors, while cute, is presented a smidge too heavy-handedly, the confrontation this aside builds to creating problems that felt a little too inorganically shoehorned in for my taste.

But Barrymore is marvelous, and it’s always nice when a film comes along to remind us just how underrated a talent this actress is. She has a way with a sideways glance that’s always unforeseen, her comedic timing remaining as pitch-perfect as ever. Additionally, she and Considine make a terrific couple, while her chemistry with her costar is downright spectacular.

As for Collette, she’s awesome, and I’m not sure there is another word for it. So much of what she does could have been overplayed, could have become so broad and larger-than-life Milly would have been an insufferable pain in the butt to be around. Instead, the actress, while refusing to cut corners or play down her character’s rougher, more off-putting edges, make this woman an invigorating three-dimensional warrior whose faults and virtues intermix like a fine wine. She’s extraordinary, and even when the script dipped into schmaltz Collette somehow manages to make things feel authentic even when I knew in my heart they were anything but. 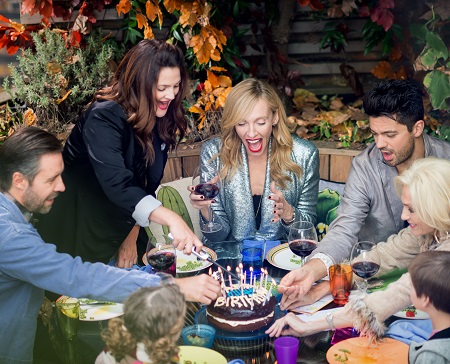 For Hardwicke, this is her best film since her wonderful debut Thirteen. It is a celebration of her talent, a movie that proves those of us that were singing the director’s praises back in 2003 weren’t doing so just for the heck of it. She does a fine job orchestrating events, allowing warmth and humor to intermingle with the more depressive and hard-edged bits in ways that are spontaneous and unrefined thus allowing the film to resonate on a deeper level. There is a confidence to Hardwicke’s direction that she hasn’t displayed in eons, easily since Twilight (which, say what you will about the series as a whole it’s still the only one of the four worth a darn), her passion for the project evident throughout.

Miss You Already isn’t an earthshattering achievement, and I do think that the story’s penchant to drip into overt sentimentality can be annoying. But Barrymore and Collette bring their ‘A’ game, while Hardwicke’s stewardship is gloriously strong. This is a melodrama I can easily get behind, the tears I shed I did so gladly and, more than that, one’s I’d happily do so again if given the opportunity. 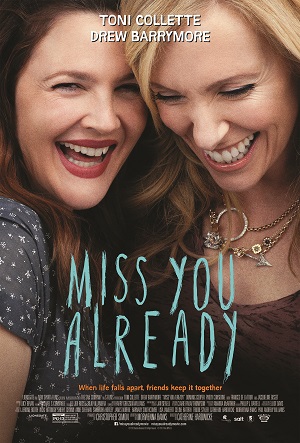