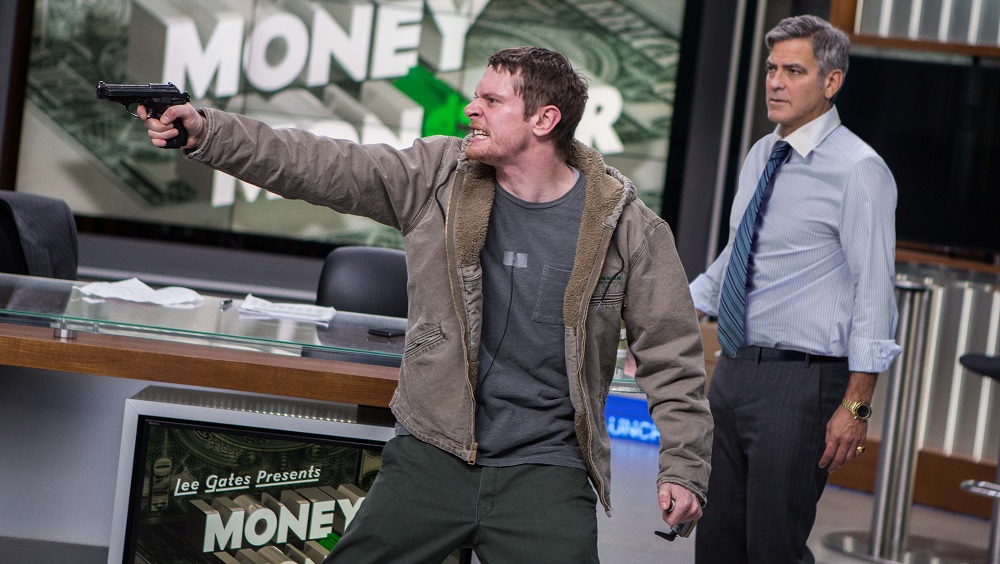 What began as a regular Friday for television personality Lee Gates (George Clooney) and his longtime producer Patty Fenn (Julia Roberts) transforms on a dime transforms into anything but, down on his luck Kyle Budwell (Jack O’Connell) making his way onto their set intent on orchestrating a plan he hopes will be broadcast live across the globe. He blames their show, “Money Monster,” for his troubles, the young man losing $60,000 investing in a stock Lee excitedly pushed only to see a computer anomaly billed as computer glitch instantaneously nab $800 million in profits from stockholder portfolios. 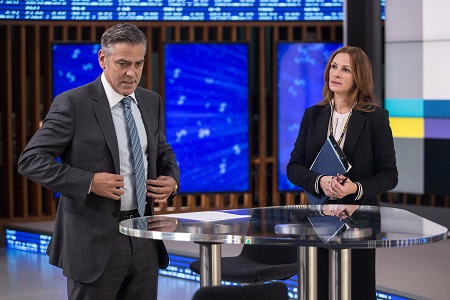 Strapping a bomb to her star’s chest and claiming he’s ready to blow up the entire building if he doesn’t get answers as to what happened to his and all the other investors’ money, Patty can’t help but take Kyle seriously, knowing it’s up to her and Lee to figure things out before things go disastrously off the rails. But there are consequences to going down this particular rabbit hole, questions leading only to more questions and not anything close to resembling an answer. With the police getting itchy trigger fingers, Patty and Lee have to figure something out, both quickly coming to the conclusion that, as misguided as Kyle might be, his wild assertions that there’s a massive corporate conspiracy concealing the truth as to what happened and why might not be so idiotic after all.

Money Monster is a ticking clock thriller that aspires to be some wild, intensely focused amalgamation of fellow New York financial enterprises as varied as Sidney Lumet’s Dog Day Afternoon, Howard Franklin and Bill Murray’s Quick Change, Spike Lee’s Inside Man and last year’s Adam McKay Oscar-winner The Big Short. There’s also a healthy helping of Lumet’s Network and Aaron Sorkin’s HBO television series “The Newsroom” thrown in for good measure, screenwriters Jamie Linden (10 Years), Alan DiFiore (the NBC series “Grimm”) and Jim Kouf (National Treasure) trying their best to concoct a timely state of affairs that could feel as if they were ripped right out of tomorrow’s headlines.

Thanks in large part to the efforts of the film’s three main stars, not to mention the controlled, confidently self-assured stewardship of things on the part of director Jodie Foster (The Beaver, Home for the Holidays), this movie ends up being far more engaging than it honestly has any right being. As contrived and moderately silly as the script might be, there is a ferociously driven intelligence fueling large parts of the narrative that is undeniably compelling. The film plays with ideas born out of the 2008 financial meltdown along with perceptions about the corporatization of the modern news media with gleeful dexterity, and while its interior satirical observations never rise to the same heights as any of its more notable predecessors – particularly that pair of Lumet masterpieces – it still manages to hold the viewer’s attention for the majority of its pleasingly brief 98-minute running time.

The movie works best during its fiery first half, deftly introducing Lee and Patty before setting the unhinged and mentally unbalanced Kyle upon the both of them. Foster’s handling of all of this chaos is masterful, she and editor Matt Chesse (Finding Neverland) doing a splendid job of cleanly and concisely laying all of this puzzle’s pieces right there on the table. Clooney and Roberts work off one another as wonderfully as they ever have, their chemistry having the requisite Tracy-Hepburn pit-pit-patter that’s electrifying and dynamic. But it is O’Connell who really steals the show, his dimwitted nincompoop concealing far more layers and emotional complexities than initially meet the eye. It’s a sensational bit of work, the rising star proving once again he’s a major talent deserving of every accolade that’s already been thrown in his general direction. 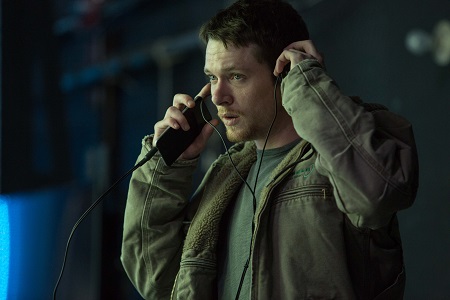 What hurts is that the film relies much too heavily on coincidence and chance in order to see its central mysteries solved. Additionally, the chief potential villains, mainly corporate CEO and supposed financial wizard Walt Camby (Dominic West), just aren’t very interesting. This guy in particular is a black hole hiding smack-dab in the center of things, and whenever events drift back into his arena of expertise I quickly lost all interest in what was happening and why. Throw in quickie conversations with Korean programmers and Scandinavian hackers, and it’s readily apparent the screenwriters must have been collectively at their respective wit’s ends in order to make sure their complex scenario somehow manages to meet with anything close to a tidy resolution.

Still, Money Monster almost gets there, Foster’s aspirations for the picture just giant enough to hint that greatness potentially could have been attainable. There’s a great moment near the end where she literally turns the camera on the audience itself, breaking the fourth wall in a way that is eerie and striking. It’s the kind of thing Lumet would have applauded, a devious device that makes the audience a voyeuristic enabler who has allowed all of this bedlam to transpire as if it were a piece of superficial Kardashian-esque reality television content to wallow in nothing less than its own vapid self-absorbed excess. That the movie doesn’t live up to these aspirations is admittedly disappointing. That it attempted to go there in the first place is worthy of vociferous applause. 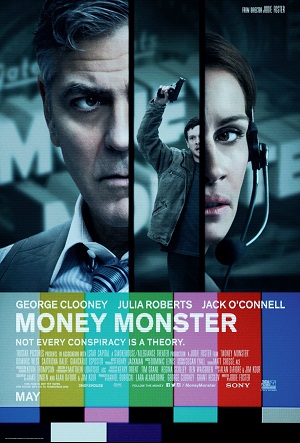