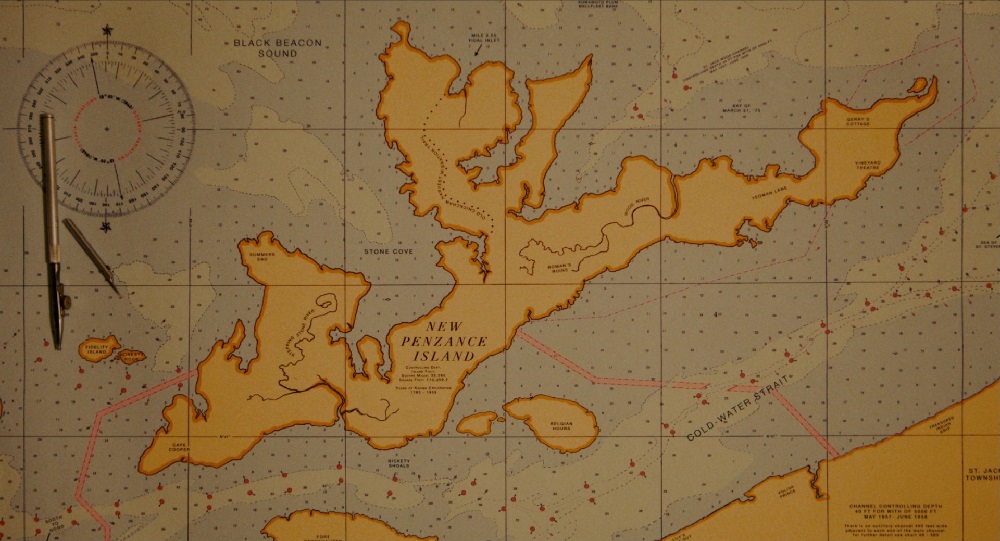 “Poems don’t always have to rhyme, you know. They’re just supposed to be creative.”

Here’s what I wrote about this one back in my original theatrical review: 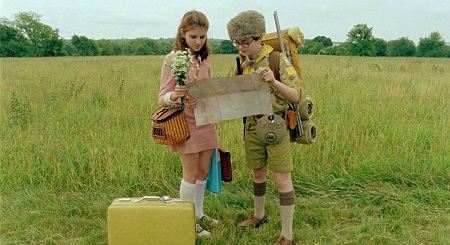 “On a tiny island on the New England coast, 12-year-olds Sam (Jared Gilman) and Suzy (Kara Hayward) have made the decision to run away with one another into the wilderness. It is the summer of 1965, and Khaki Scout leader Scout Master Ward (Edward Norton) is beside himself that one of his charges has disappeared, while on the flip side of things parents Walt (Bill Murray) and Laura Bishop (Frances McDormand) cannot believe their beautiful, if slightly odd, daughter would do something this crazy. It is up to local chief of police Captain Sharp (Bruce Willis) to round up the two wayward youngsters and bring them back to those purportedly in charge of them, no small task considering a major storm is heading the island’s way and help from the Khaki Scout Troop or from the Bishops themselves isn’t proving remotely fruitful.

There’s more, of course, including Bob Balaban narrating the proceedings, Harvey Keitel as the militaristic titular head of the Khaki Scouts, Jason Schwartzman as the conniving Uncle Ben and Tilda Swinton as the frigid embodiment of Social Services, all of which is fully to be expected in a wildly flippant frolic sprung from the mind of director Wes Anderson. What isn’t as anticipated is just how jovial his latest Moonrise Kingdom is, how fully it embraces the nature and rapturous aura of young love, the filmmaker, working once again with The Darjeeling Limited co-writer Roman Coppola, capturing a mood that is as immediate as it is universal.

I’m not entirely sure how much more to say. Like most Anderson productions, the style of the piece is instantly identifiable. It’s clearly evident that the person directing this is the same man who brought forth Rushmore, who handled The Royal Tenenbaums, who put so much energy and effort in the wildly uneven The Life Aquatic with Steve Zissou and soared to new heights with Fantastic Mr. Fox. The European New Wave leanings of Robert D. Yeoman’s (Bridesmaids) cinematography, the slightly off-center pebbledashes of Adam Stockhausen’s (Scream 4) production design and Gerald Sullivan’s (Youth in Revolt) art direction, all of it works in sensational tandem, Anderson again crafting an esoteric milieu that both fits the era and the time he’s working in yet also feels as if sprung right from the pages of a timeless picture book.

Which is likely the point. As things progress Suzy slowly finds herself transforming into an erstwhile Wendy Darling telling stories to a gaggle of fellow youngsters, all of them looking up at her in mesmerized bliss. As for Sam, it is almost as if he is Peter Pan, refusing to grow up but learning vital life lessons as he treads down a path of responsibility and maturation that in some ways he’s not yet ready for. It’s like they’ve both stepped onto the other side of the Looking Glass headed to Neverland but found themselves stranded in a 100 Acre Wood of their own feverish imagination, all the adults looking on trying to figure out what it is that’s happened while mourning how their own adolescent innocence has been sadly lost to the ravages of time.

It was risky to anchor an entire film on newcomers in Gilman and Hayward, the two having no cinematic experience before Anderson cast them here. Yet it is a risk that pays off, the director’s trust in them quickly bearing fruit as each character becomes more and more relatable as events progress. Both youngsters showcase a relaxed chemistry that’s infectious, and not just with themselves but also with the other actors they come into contact with. Hayward, in particular, has the ability to mesmerize like a freshly pubescent Cheshire Cat, her lingering gaze so bewitching she almost doesn’t need a single line of dialogue to amaze. 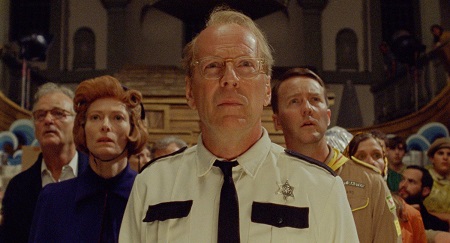 Moonrise Kingdom has the potential to be a movie I’ll be pondering, mulling over and thinking about for the remainder of 2012. When all is said and done it might even enter into the upper echelon of the Wes Anderson canon, which is saying something when you consider three of his previous efforts, Rushmore, The Royal Tenenbaums and Fantastic Mr. Fox, are ones I already consider to be modern classics. This movie is a haunting peon to who we were as youngsters, who we wanted to be as adolescents and who we imagine we might still become as adults, and on that front alone I’m almost ready to declare it a masterwork right here and now.”

Moonrise Kingdom continues to get better and better with each passing year, and it was already remarkably close to being an instant classic the very second it was theatrically released back in May of 2012. It’s a stunning beautiful, heartfelt little wonder that grows in power and poignancy with each viewing, and every time I watch it I’m struck by just how sensational Anderson’s polemic to young love turns out to be.

Moonrise Kingdom is presented on a dual-layer 50GB Blu-ray MPEG-4 AVC Video with a 1.85:1/1080p transfer. As stated in the included booklet: “Supervised by director Wes Anderson, this new digital transfer was created in 2K resolution from the original camera negative.” 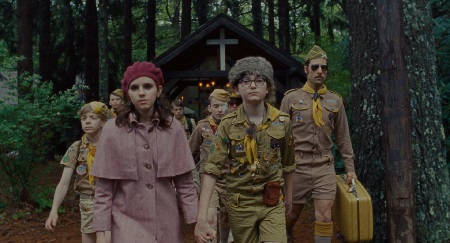 Exploring the Set of Moonrise Kingdom (17:11)

There’s so much great stuff here it’s difficult to know where to begin. The audio commentary, of course, is the place to start, but the rest is just as equally wonderful, Criterion pulling out all the stops as they give this Anderson opus as much love as they can. Glorious.

Also included is a 20-page Illustrated Booklet featuring an essay by critic Geoffrey O’Brien, a selection of commentary from young writers and a map of New Penzance Island.

Moonrise Kingdom is a masterful coming-of-age winner from the gifted hand of Wes Anderson, this 2012 sensation ranking up there with the auteur’s best including Rushmore, The Royal Tenenbaums and last year’s Academy Award-winning The Grand Budapest Hotel. Criterion’s Blu-ray is stunning, and even for those who already own the previously available disc this is one instance where an upgrade isn’t just recommended, it’s essential. 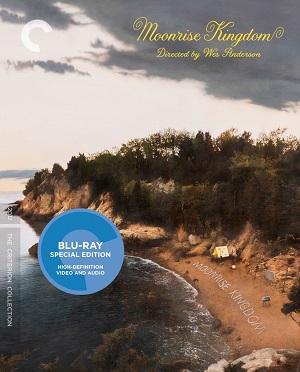