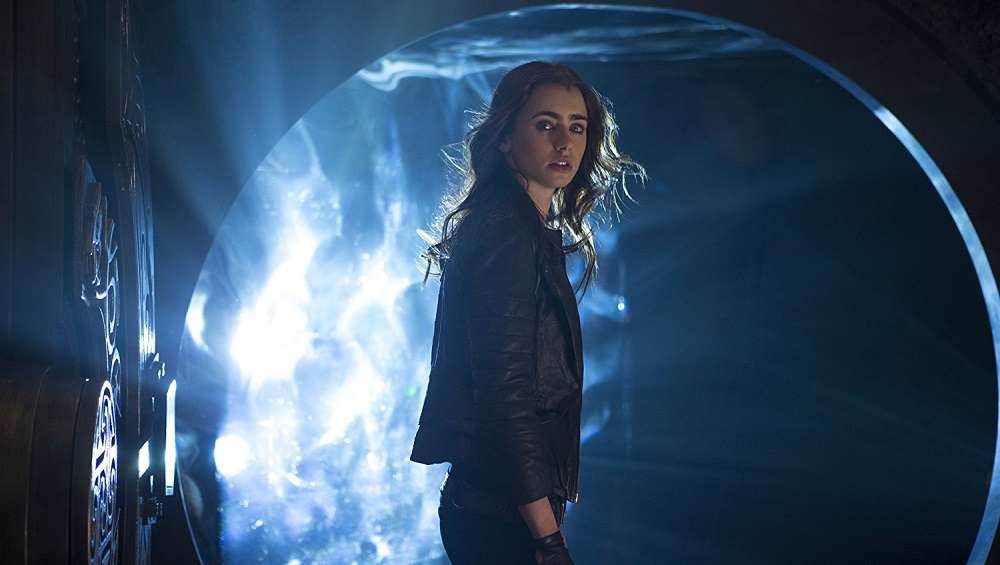 The Mortal Instruments: City of Bones (2013)

Clarissa “Clary” Fray (Lily Collins) lives in Brooklyn with her artist mother Jocelyn (Lena Headey). She is best friends with the bookish Simon (Robert Sheehan), a fellow teen who longs for a more personal relationship but is afraid to say so out loud. After mom is kidnapped, Clary and Simon end up joining forces with the mysterious Jace (Jamie Campbell Bower), discovering in the process Jocelyn was part of a secret society known as “Shadow Hunters” that help protect the world from supernatural forces, a group which includes the likes of vampires, werewolves and demons. What the young woman doesn’t know is that she’s destined to become one of them and that an evil ex-member of this force, and her mother’s former partner, Valentine (Jonathan Rhys Meyers), is intent on getting his hands on a magical object known as the Mortal Cup, both of these revelations linked together in a way she can barely believe let alone comprehend. 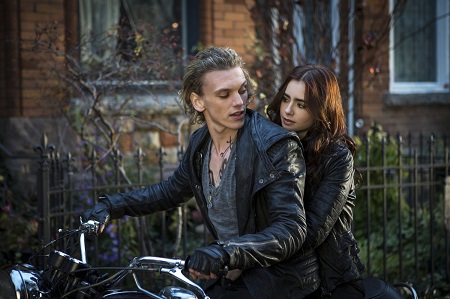 That’s the simple synopsis for Mortal Instruments: City of Bones, director Harald Zwart’s (The Karate Kid) and screenwriter Jessica Postigo Paquette’s adaptation of the first book in author Cassandra Clare’s popular Young Adult fantasy-adventure series. But what makes sense in those few sentences, and probably was even clearer in the almost 500 pages of the book itself, ends up being nothing more than a convoluted hodgepodge of bad ideas, confusing mythology, muddled narrative and genre clichés as they are depicted within the confines of this 129-minute mess. This is a bad movie with precious few redeeming qualities, and the thought that a sequel is supposedly about to start filming in October is somewhat mind-blowing considering just how mediocre this travesty is.

I honestly don’t have a lot to say, mainly because I don’t quite see the point. Point of fact, even though there are a few aspects of this production I didn’t despise (the whole cast is fine, while Collins showcases a winning eloquence that in the service of a better, more coherent story might have been something special), I don’t have enough of a passionate connection to any of these elements to make me want to put up any sort of defense of the film’s precious few successful components. This is a head-scratching misfire almost from the jump, picking holes in it remarkably easy to do.

Then there is the relationship between Clary and Jace. Having not read any of Clare’s novels, I do not know how faithful Paquette’s screenplay is to the source material. But the cavalier way in which the film treats a central relationship in regards to the pair’s parentage is shockingly startling, taking Luke and Leia’s amusingly incestuous kiss from The Empire Strikes Back to a place where asking if a brother-sister romance is okay if said (hypothesized, not confirmed) brother-sister don’t actually believe they’re related when everyone else around them insists they are. 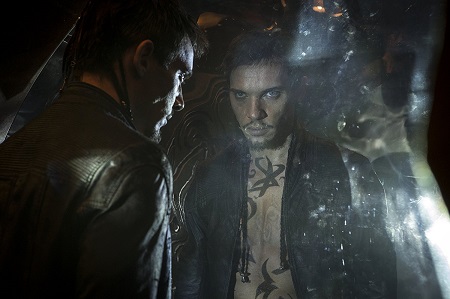 I probably should have put a spoiler warning of sorts before writing that, but honestly I don’t think it matters. The movie pulls tricks out of its sleeve with haphazard glee, so that reveal isn’t so much a surprise as just another melodramatic chestnut to add to a pile littered with a dozen or so more of them. No time is spent on any one portion of the narrative in a way to make any of these revelations or relationships make a lick of sense, thus making caring about any of these people, or any character in particular, virtually impossible.

But, as stated, I’m not sure I see the point of digging any more into all of this. This first foray into the Mortal Instruments world is a laughably forgettable misfire better left alone, and for the life of me I can’t imagine who will find buying a ticket to visit this City of Bones as money well spent. 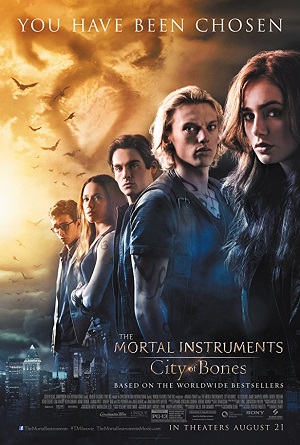