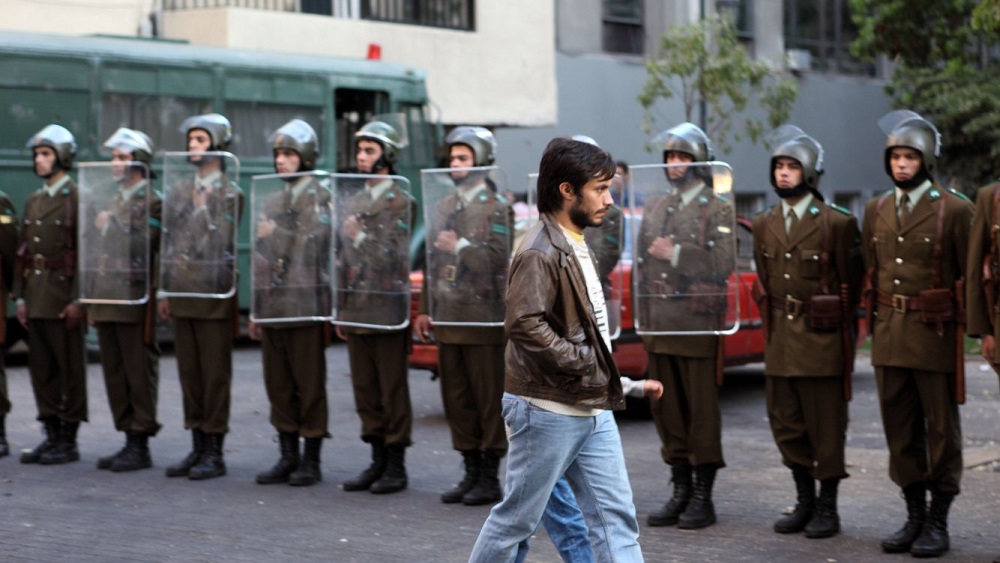 Thoughtful NO Easy to Say ‘Yes’ To

NO is an interesting film for numerous reasons, not the least of which is that it depicts a moment in world history a lot of people, for whatever reason, apparently do not know a single thing about. Set in 1988, the movie chronicles the Chilean election where, under pressure from the world at large, military dictator Augusto Pinochet put his rule to a vote of the people. A cry of ‘yes’ and he’ll hold power for another eight years, one of ‘no’ ending his reign and, in the minds of many, instantly setting the country free to set its own path. 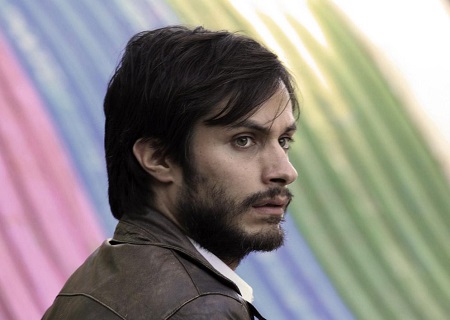 Not that anyone expected that the election would be an honest one. The assumption on all sides was that the Pinochet regime would subvert the will of the people one way or the other, making the need for a ‘no’ campaign practically worthless. And yet, this didn’t stop a dedicated band of outsiders, artists, misfits and political dissidents from going forward with one anyhow, bringing into their fold a young, idealistic marketing and advertising executive to hope lead them, and their country, to a victory.

Based on the play The Referendum by Antonio Skármeta, director Pablo Larraín’s (Post Mortem) adaptation, working from a script Pedro Peirano (The Maid), is sharp, clinical and decidedly to the point. It follows René Saavedra, deftly portrayed by Gael García Bernal, as he cautiously accepts the job of spearheading the ‘no’ campaign, using his knowledge of advertising and how to appeal to a consumer’s base sensibilities to come up with an unorthodox way of coloring public sentiment. It’s an interesting and involving film, one that follows Saavedra every step of the way, his final success a euphoric triumph for a country while also a reminder of how media and marketing manipulate in a pursuit to change opinions and increase sales.

It’s an interesting mix, and while the outcome is a wondrous one what is says about society and general and the way points of view can be shifted is oddly unsettling. A quarter century after the fact we’ve seen political campaigns in our own country begin to resemble motion picture trailers, beverage advertisements and opinionated infomercials, facts be damned just as long as a certain points are hit and people confirm to a certain point of view.

That aside, NO is still a compelling procedural of a country in chaos using freedom of expression and a nonviolent trip to the polling place to set itself free. After years of oppression Saavedra and his compatriots, using images of rainbows, smiling crowds, happy lovers, singing mothers and other forms of consumerist showmanship, helped fuel a nonviolent revolution the likes of which the world had never seen before. Without a shot fired a dictator went down making the vote of a triumph of the human spirit so fantastical it had to be true. 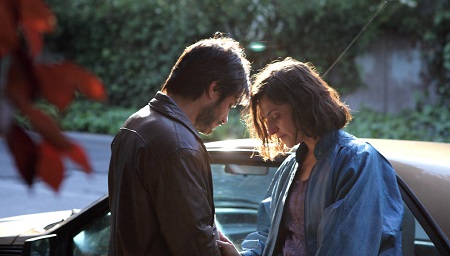 Larraín’s opus, an Oscar nominee for Best Foreign Language Film, is involving in the extreme. At the same time, while violence occurs, while the threat of reprisal is constantly omnipresent, there is a weird, almost clinical detachment to events that can sometimes be distracting. While we know Saavedra isn’t safe, while it apparent what he is doing could put him and his child’s lives in jeopardy, that threat never has as much weight or as intensity as I felt it needed to, thusly I never was as wrapped up emotionally within the story as I kept hoping I would be.

All the same, I’m extremely glad that NO is out there. As an treatise on the media and on marketing it is extremely eye-opening, while as an expose on the events that led Chile out of darkness and into a brave, yet incredibly different, world the story being told is never less than fascinating. Larrain propels things forward with confidence, each tick of the clock signifying another step forward leading to a resolution all involved hoped for yet none in their hearts felt was even slightly possible. A strong, if not entirely successful, motion picture, this is a gripping and thought-provoking procedural sure to spark complicated and stimulating debates for many years to come. 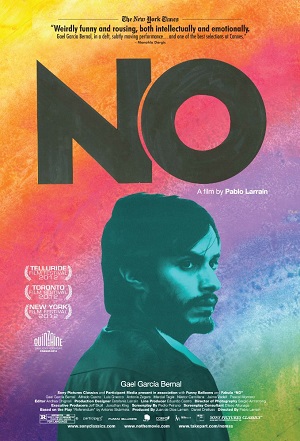