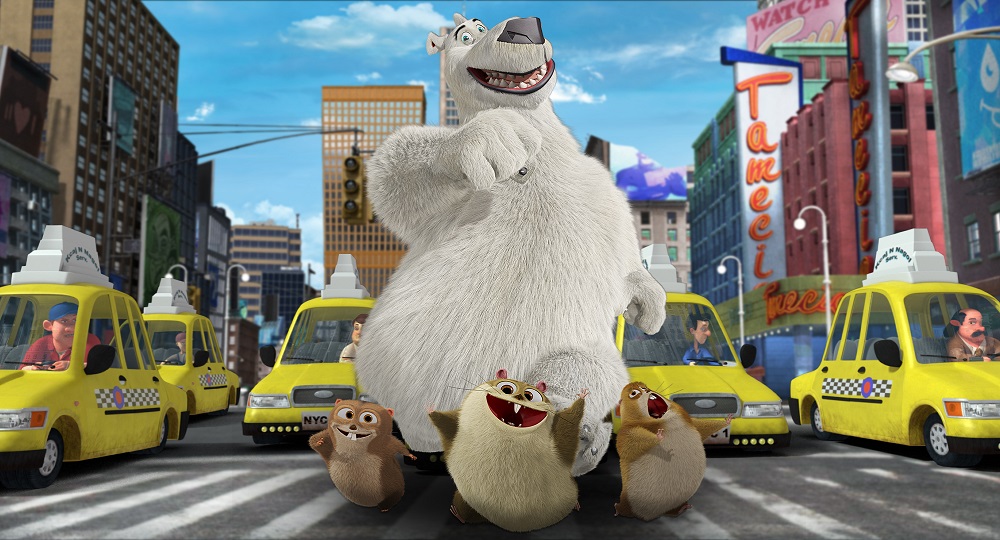 Norm (voiced by Rob Schneider) is a polar bear living in the Arctic that can communicate with humans. When he discovers that a U.S., supposedly environmentally conscious, company is planning to build condominiums in his pristine, naturalistic homeland, he heads to New York City to keep this from happening. There, he runs face-to-face into evil billionaire developer Mr. Greene (Ken Jeong), a madman eager to develop and destroy everywhere and anywhere he can as long as there is a dollar to be made doing it. He must be stopped, and it’s up to Norm to do it, and with his three furry lemming compatriots, the polar bear is going to do whatever he can to make sure all of New York discovers just how terrible an idea building in the Arctic truly is. 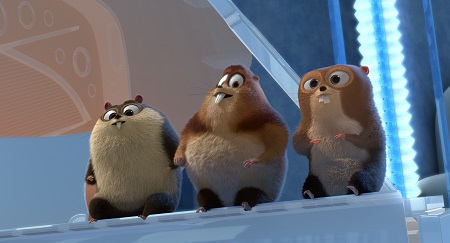 The good thing about Norm of the North? No one can try to say I’m being nice to the film because of any sort of Liberal bias. The movie has a not-so-subtle environmental message in regards to consumerism and climate change I absolutely agree with, 100-percent, no questions asked, none of which makes this unforgivably terrible animated calamity anymore worthwhile. This monumentally insipid misfire is proof that agreeing with the filmmakers’ point-of-view doesn’t mean one is going to enjoy the resulting motion picture, and parents taking their kids to watch this one better watch out for social services because buying them a ticket might be akin to a form of child abuse.

Yes. It’s that bad. The script, credited to three writers I don’t feel like throwing under the bus, is an ineptly structured and poorly plotted jumble filled with ideas and concepts pulled from everything ranging from Happy Feet, to Despicable Me, to Ice Age, to Babe. The director, Trevor Wall, most known for the recent “Sabrina: Secrets of a Teenage Witch” animated series airing on something called the Hub Network, attempts to keep the energy level so high that one hopefully won’t notice just how insipid the story proves to be. Problem is, it’s moving at such a breakneck pace little things like character and narrative structure are relegated to being nothing short of insignificant, resulting in a frenetic cacophony of sound and fury going absolutely nowhere. 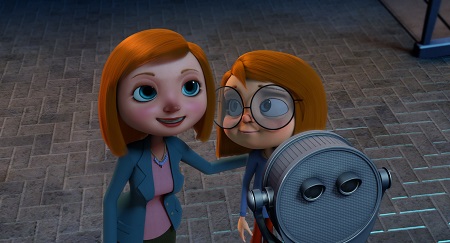 I guess the vocal work, even from Schneider, is passable, Heather Graham (as an associate of Mr. Greene’s who comes to see the wrongs he’s attempting to inflict upon the Arctic) and Maya Kay (as her assertive genius of a daughter who conspires with Norm to thwart the developer’s environmentally damning plans) even better than that. Also, I’m sure many younger viewers will undoubtedly thrill to the furry little lemmings that assist the polar bear, their ability to take a squishing and keep on ticking good for a gentle chuckle here and there.

Who am I kidding. This movie is just plain terrible. The environmental message is forced down the viewer’s throat with the subtly of a fist attempting to massage the larynx, the gag reflex this triggered in me positively vomit-spewing. The gags stink, the animation is lazy and the mechanics moving one sequence of events to the next is close to revolting. If anything, this movie sets back the not-so-subtle messaging at the heart of things to the Stone Age; and if rightwing extremists who choose to look at science as if it were a dirty word want to bring people to their revolting agenda all they really need to do is show them this.

That’s hyperbole, I admit, but not by as much as I’d like it to be. Norm of the North is a rancid excursion into well-intentioned animated chaos that proves to be an excruciating endurance test no one of sound mind or body should ever attempt to watch, and that includes their children. 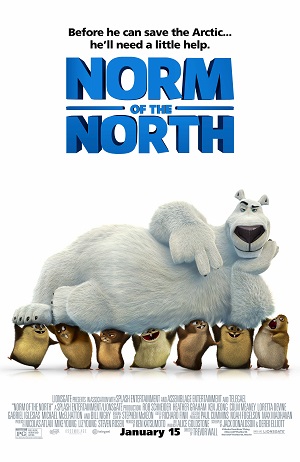