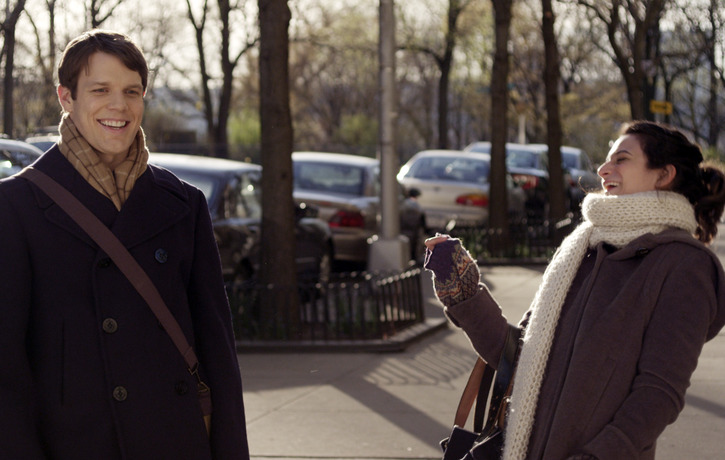 Obvious Child is not the movie you think it is going to be. What starts out as a rather typical, if admittedly funny, character study of a twenty-something New York comedian navigating complex romantic waters suddenly and with confident authority morphs into a brittle, shockingly affecting drama about responsibility, family and parenthood. Writer and director Gillian Robespierre, expanding her own award-winning short to feature length, has done something remarkable, presenting an authentic picture of female life and all its myriad mysteries in ways that feel intimately familiar and strikingly original both at the exact same time.

Donna Stern (Jenny Slate) is an aspiring comic working New York’s late night bar circuit. She’s got a decent following, talking about her life with sarcastic, acerbic honesty taking no prisoners as she does so. Doing this doesn’t do a heck of a lot for her love life, however, her last boyfriend breaking up with her right after a particularly raw set where she spends way too much time making light of his sexual prowess, admitting an affair with a close personal friend in the process.

And thus the downward spiral begins, Donna’s best bud and roommate Nellie (Gaby Hoffmann) more than a little awestruck by just how far into depression her girlfriend can descend to. But what no one expects, especially after she’s been drowning her sorrows when her latest routine turns out to be anything but funny, is the appearance of good looking Max (Jake Lacy), a young fresh-faced professional just out of a business school who for some strange reasons finds the comedian attractive. 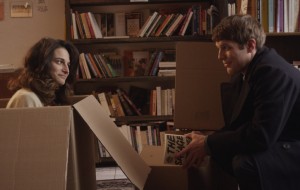 What happens next isn’t particularly surprising, Max and Donna seeing their ‘few too many’ transform into a night inside a bedroom neither has a very good time remembering in the morning. It’s the aftermath and how the latter deals with it that takes Obvious Child to an unheard of level, Robespierre dealing with situations and scenarios most other motion pictures would run away screaming from in the opposite direction let alone face head-on. Donna’s life is transformed into even more of a mess than it was before she took solace in Max’s comforting arms, how she responds to the complications that arise the thing that gives the movie a decided oomph and chutzpah that came close to blowing my mind into tiny little pieces.

It’s all anchored by Slate, the young actress giving a stupendous performance that rides an emotional roller coaster unlike any I’ve rarely, if ever, seen before. Let me be frank, certain zealots who think Planned Parenthood and pro-choice advocates are going to be burning you-know-where are not going to be fond of a film that displays this kind of unvarnished honesty, Slate making it all resonate in ways that hit exceedingly close to home. She’s funny, yes, her ability to sell a joke one-of-a-kind. But this performance, so unvarnished, so devoid of melodramatic trickery, is sublime in its frank unsentimentally, the actress fearlessly diving into a morass of inner turmoil and conflict that’s consistently believable start to finish.

Robespierre’s script, pulled from a story composed by Karen Maine and Elisabeth Holm (with an additional assist to Anna Bean who had a hand in writing the original short film), is a model of grace and intelligence. While there are noticeable allusions and bits of homage to the likes of Woody Allen (notably Annie Hall) and Lena Dunham (echoes of “Girls” are unavoidable), overall the film feels entirely of its own design, unique in and of itself.

Robespierre pulls no punches, refuses to take the easy out, instead letting Donna’s decisions, as well as those of the people around her, speak loudly and clearly for themselves consequences be what they may. Make no mistake, Obvious Child is a stunning debut. More than that, it’s also a terrific piece of cinema I’ll be thinking about and extolling the virtues of for a heck of a long time to come. 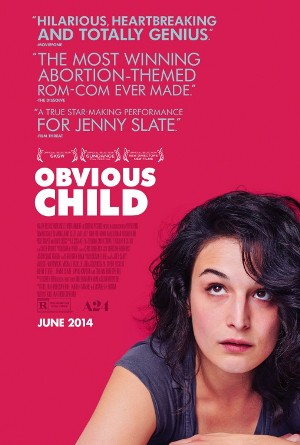