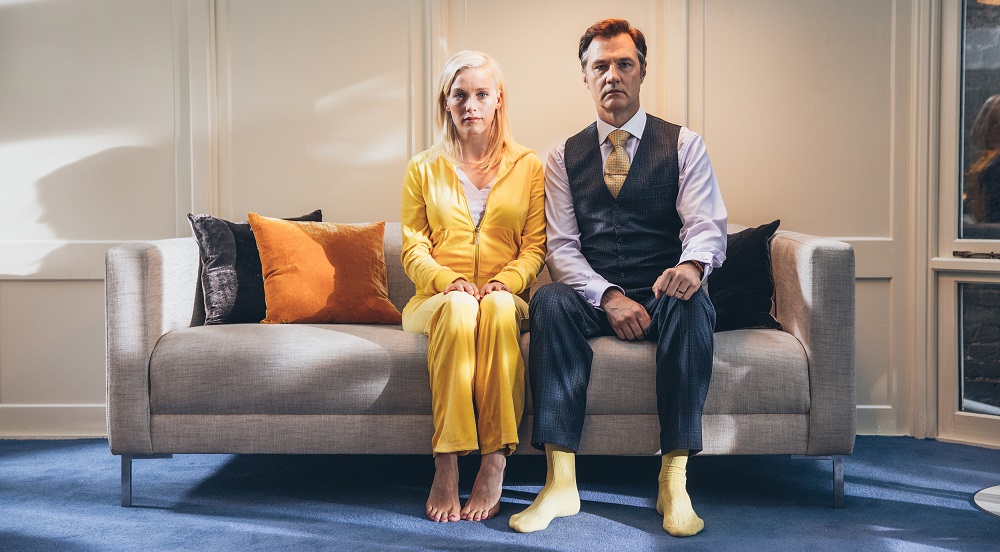 Chilling Ones Below a Hitchcockian Chiller

Kate (Clémence Poésy) and Justin (Stephen Campbell Moore) are expecting their first child. In something of a pleasant coincidence, so are the new couple who have just taken up residence in the flat underneath them. Successful businessman Jon (David Morrissey) and his German wife Theresa (Laura Birn) went through all sorts of trouble to conceive, needing the aid of countless doctors to do so, as such their excitement as it pertains to the coming birth of their son is understandably palpable. Kate and Therese become fast friends, and as their pregnancies progress bonds begin to form that have the initial appearance of being nigh indestructible. 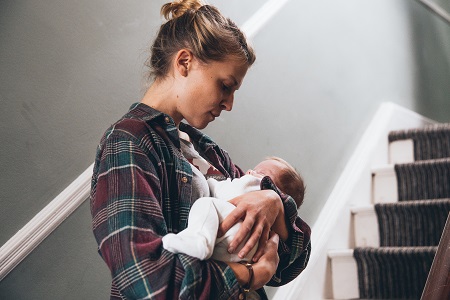 But not all is wine and roses. During a dinner party, it becomes clear to Kate and Justin that Jon and Theresa aren’t nearly as happy as they appear. Even so, the tragedy that transpires at the end of the night is beyond imagining, the former couple left baffled as to what has just transpired, while the latter must endure an incomprehensible loss that leaves chances of familial happiness in the future forever in doubt. It puts both pairs of perspective couples at decided odds, and it isn’t until Kate and Justin give birth that it appears all has been forgiven and everyone is ready to try and put the pieces of their broken friendship back together as if it had never shattered to begin with.

The Ones Below is a creepy, elegantly paced thriller that recalls the searing psychological terrors of films like Roman Polanski’s Repulsion, Knife in the Water and Cul-De-Sac or Claude Chabrol’s L’Enfer and La Cérémonie. It is a dreamy little bit of pulp fiction, and even if writer/director David Farr (Hanna) plays his hand full of secret twists and turns a bit earlier than I’d have liked him to, the actual climax still packs a major wallop. This is an unsettling piece of Hitchcockian suspense cinema that had me gasping for air, Poésy and Birn delivering a pair of spellbinding performances that are as complexly heartfelt as they are tragically intimate.

As stupendous as all of this might be, Farr’s feature-length debut behind the camera isn’t flawless. It’s almost too short, and while all 87 minutes fly by Morrissey’s imposing, fastidiously exacting banker isn’t nearly as frightening as he maybe could have been had more time been spent fleshing him out. Additionally, a subplot involving Kate’s distant, emotionally detached mother Tessa (Deborah Findlay), while important, remains much too nondescript, and as such the line between reality and fantasy never wavers nearly as much as is obviously intended. This has the unfortunate side effect of diluting the final twist, and while the inherent trauma of what transpires is still ghastly, that doesn’t mean it resonates as deeply as it potentially could have had Farr fleshed things out just a little more.

Poésy and Birn are excellent, though, each navigating their respective characters’ interiors with remarkable dexterity. Kate is haunted by demons real and imagined, so worried she’ll suddenly transform into her mother she’s willing to wonder if her own sanity is in doubt even when a litany of petrifying facts stare her right in the face. As for Theresa, her tragedy is unimaginable, yet her friendly duplicity is equally shattering, causing more than a few instances of wonder as to where truth stops and all the lies begin. Poésy and Birn play off one another with frosty precision, the psychological scars adding one to the other as events between them continue to evolve. 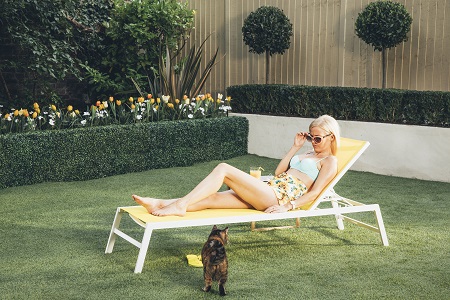 Farr’s handling of things is as precise as its chilling. The immaculate design of the two couple’s flats fits their respective natures flawlessly, cinematographer Ed Rutherford’s (Exhibition) camera traveling between them with a crafty exactitude that’s continuously fascinating. Chris Wyatt (Partisan) edits all these pieces together seamlessly, building tension with each cut allowing the more serpentine mechanics of Farr’s script to coil around the viewer tighter and tighter with each passing second.

I do think the film reveals its cards a little too early, and as such the climactic twist didn’t leave me gasping for air in abstract disbelief as to all that has ultimately come to pass. What should be a traumatic revelation is instead creepily unsettling and not much more, and it is only thanks to the strength of the performances, again most notably those of Poésy and Birn, that the final moments had me as destructively flabbergasted as they ultimately did. The Ones Below is a powerful thriller, a movie that toys with audience expectation at every turn, making it the type of debut Farr will be proud to lead off his resume with long into the foreseeable future. 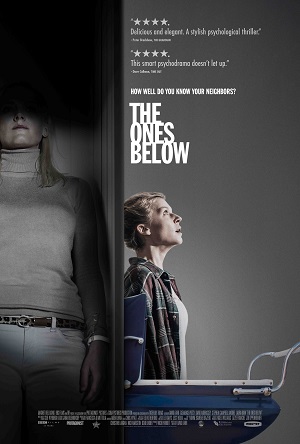