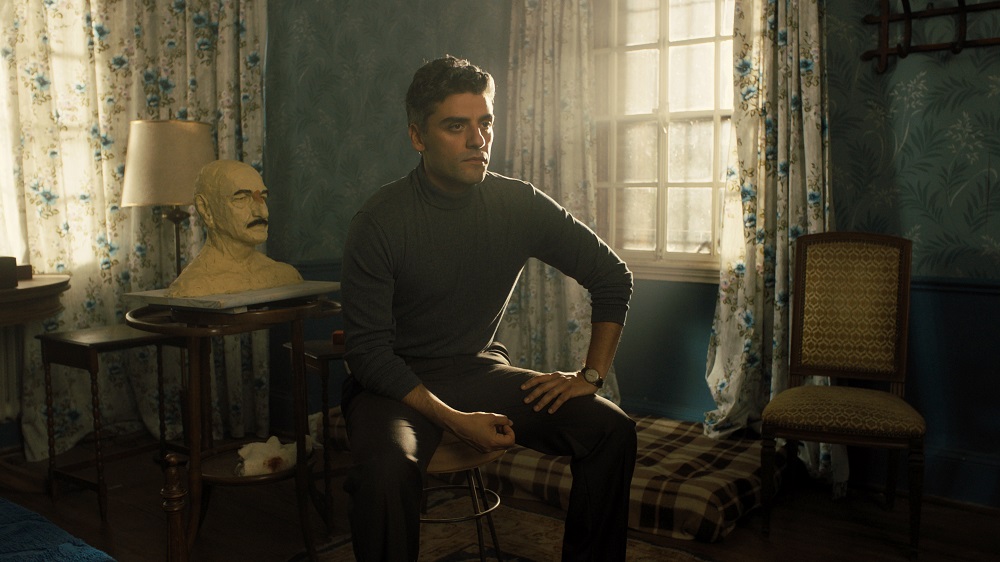 Argentina. 1960. A number of German expatriates and their allies have taken up residence in the South American country, growing in power and influence as they settle into their new lives. Dashing Klaus Eichmann (Joe Alwyn) has begun romancing the beautiful Sylvia Hermann (Haley Lu Richardson). Her kindly blind father Lothar (Peter Strauss) recognizes the handsome young man’s name, the shudder going up his spine when he hears it one he tries to keep to himself. He makes a report to Jewish authorities in Israel about this encounter, and even though he can’t see he’s still all but certain Klaus is the son of Adolph Eichmann (Ben Kingsley), one of the most powerful leaders of the Nazi party and the architect of what became known as “The Final Solution,” the plan that resulted in the mass execution and slaughter of over six million Jewish men, women and children during WWII. 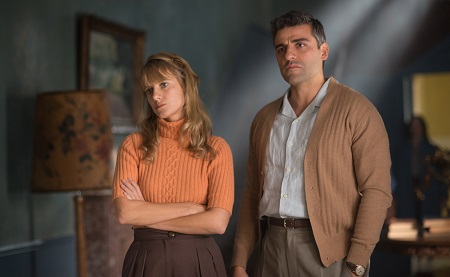 Once Eichmann’s identity is confirmed, a plan is set in motion to kidnap him out of Argentina and bring him back to Israel to stand trial. Peter Malkin (Oscar Isaac) is one of the operatives tasked with planning and executing this mission. He brings with him doctor Hanna Elian (Mélanie Laurent), her skill cooking up narcotic compounds to subdue a target without doing permanent damage vital to the team’s success. But after getting Eichmann under their control, and to admit who he is and stop hiding behind an alias, the commercial airline that is tasked to airlift them back Israel refuses to do so unless the Nazi signs a release saying he’s leaving Argentina willingly. With time running out, it falls to Malkin to get this signature, the veteran counterespionage assassin entering into a battle of wills with a man he’d just as soon put a bullet in and not someone he feels is worthy of engaging with in serious moralistic debate.

Based on the true story about how the Israeli government was able to get their hands on Adolph Eichmann and force him to stand trial for his crimes against humanity in front of a worldwide televised audience in 1961, Operation Finale is an absorbing drama masquerading as a hard-boiled, John le Carré-style political thriller. Featuring a massive ensemble cast and an assertive, methodically introspective script written by Matthew Orton, director Chris Weitz (About a Boy, A Better Life) delivers a dialogue-driven think piece that makes up in intelligent nuance what it lacks in unrelenting thrills or suffocating suspense. It’s a good film, overflowing in strong performances and memorable moments, and if not for bits of oddly misplaced humor and a noticeable lack of a character development for key members of the Israeli team assigned to kidnap Eichmann, it’s possible this effort might have ended up being something special.

As it is, there is still plenty to love, Weitz putting together a motion picture that treats its audience with respect while it subtly builds to an earth-shattering conclusion that had me reaching into my bag searching for a handful of tissues. The emotional core of Orton’s script is nakedly raw, the level of honest authenticity it exudes casting a palpable spell upon the proceedings that held my eyes glued to the screen. The scenes between Isaac and Kingsley as they sit in a tiny bedroom on the top floor of an Israeli safe house are stunning, the actors engaging in an effortless back-and-forth that offered up a great deal of perceptively complex themes that are worthy of further dissection afterwards.

The relationship between Klaus and Sylvia is never as compelling as I felt it needed to be, their whole relationship rather perfunctory as far as the larger narrative is concerned, their scenes more about setting up events happening later in the film than they are in doing anything substantive. This is a shame because had their romance been more believable, if it had more of a kick, the overall effect that would have had on what transpires potentially magnificent. As it turns out, while Richardson and Alwyn are quite good, I found it difficult to be moved by either of them, Sylvia relegated to being picturesque feminine window dressing while Klaus became a one-dimensional Aryan monstrosity who was a twirling mustache away from descending into pure cartoonish caricature. 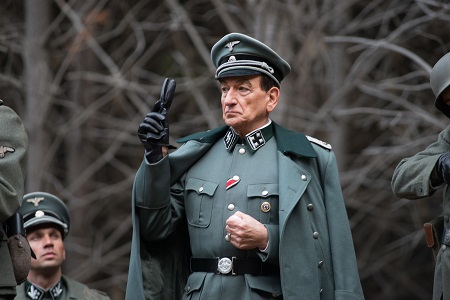 But Isaac is superb, and subpar CG de-aging effects for the WWII scenes notwithstanding, so is Kingsley. As stated, the two actors reach stratospheric heights whenever they share the screen, their moments having a kinetic virtuosity that’s merciless in their intellectual minutia, Weitz and Orton pulling out all the stops as each man attempts to psychologically one-up the other as they pursue their own individual agendas. These sequences are the story’s beating heart, everything building to that will-he-or-won’t-he moment where time has run out and Eichmann’s signature is the only thing standing between the Israeli operatives completing their mission or ending up getting captured by Argentinean authorities loyal to the German and his Nazi collaborators.

As the outcome is never in doubt, Eichmann’s trial a vital part of the historical record, the fact there is any suspense at all as the clock ticks closer to doom is honestly rather incredible. But Weitz does a nice job staging and cutting the action in a way that heightens the inherent trauma of the situation, editor Pamela Martin (The Fighter), cinematographer Javier Aguirresarobe (Thor: Ragnarok) and composer Alexandre Desplat (The Shape of Water) all at the top of their respective games as they strive to give the film its pulse-pounding life. While likely not the breakneck thriller the ads and trailers may have promised, Operation Finale is nonetheless a fascinating drama that recounts a piece of lesser known history that should never, ever be forgotten. 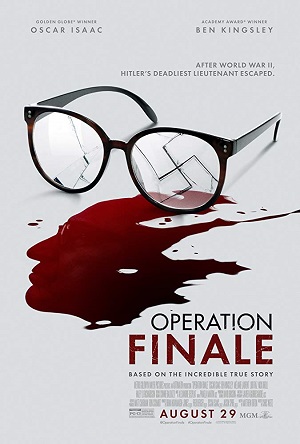