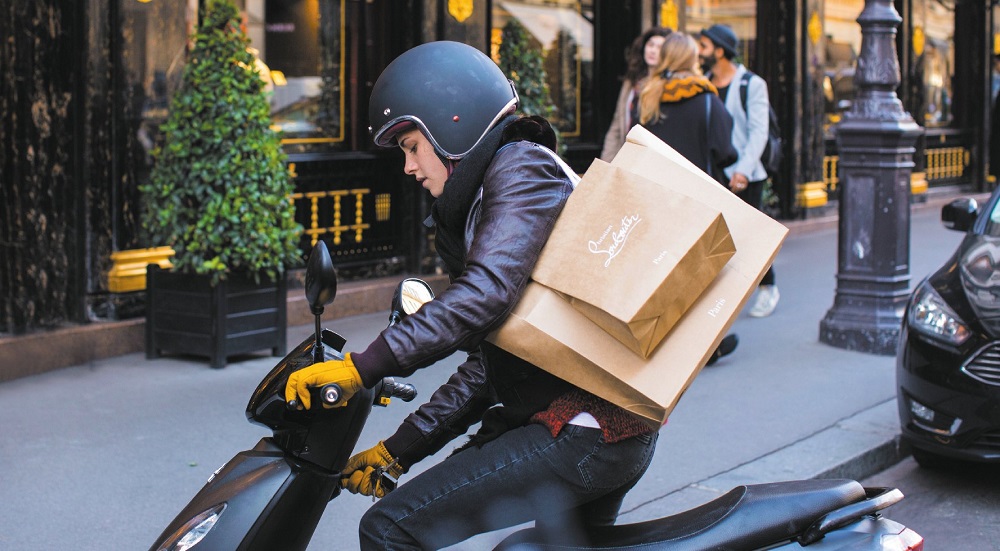 Like a quiet shadow of grief and melancholy stalking its heartsick prey, revered writer/director Olivier Assayas delivers another genre-jumping marvel in the form of the quietly devastating supernatural drama Personal Shopper. This is a story that’s never as simple as it appears to be, a journey into fantasy, seduction, fear, paranoia, longing and fear that builds, not in intensity, but in resonance as things progress towards their conclusion. It is a movie that gets under the skin, leaving an indelible imprint that lingers in the psyche and in the soul, the overarching spell it casts uniquely eternal. 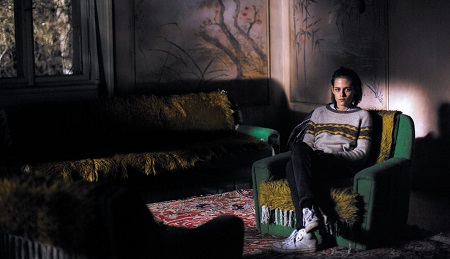 Maureen Cartwright (Kristen Stewart) is American living in Paris, working as a personal shopper for demanding German supermodel and actress Kyra (Nora Von Waltstätten), also moonlights as something of an amateur psychic. She’s a medium who at the moment is tasked to ascertain whether there is a presence still lurking inside a recently vacated house the perspective new owners are leery of making their own. Most of all, though, Maureen is waiting for a sign from her recently deceased twin brother, the young man tragically succumbing to a heart condition they both share and may, in time, be the cause of her death, too. He promised to make contact from the afterlife if he went first, and as the house she’s been contracted to detect a presence in just so happens to be the same one the siblings grew up in if he’s going to do to find a way to say hello, it’s going to be there.

There’s quite a bit going on here, the auteur behind films as diverse as Summer Hours, Carlos, Boarding Gate, Demonlover and Clean not content to craft a simple ghost story and leave things at that. Reteaming once again with his Clouds of Sils Maria star Stewart, Assayas paints a picture filled with multiple meanings and interpretations, each of them leading to series of emotional revelations that are as complex as they are universal. This is a painful story, but not in any way that is expected, the shock and awe associated with contact with beings from beyond the grave far from the key element that drives Maureen forward to make the choices she ultimately does.

Stewart is astonishing. Quickly morphing into one of the great actors of our time, this performance is as far as I’m concerned unquestionably the actress’ best one yet. Stewart deconstructs herself bit by bit, wasting away into a ghostlike state as she journeys onward with her daily life, shopping for Kyra, video chatting with her estranged boyfriend and dealing with strange text messages on her iPhone that might be coming from a caller who’s no longer amongst the living. She mines emotional territories that are startling in their visceral intensity, everything culminating in an internal realization that is as stark and as terrifying as it authentic and pure.

Personal Shopper also plays like an imaginative companion piece to Assayas’ 1996 classic Irma Vep starring Hong Kong superstar Maggie Cheung. But while both films are set in Paris and revolve around young women who are trying to navigate through a culture they partially understand and can only relate to in passing, the emotional tone and visual style between the pair couldn’t be more different. And yet, the connective tissue linking them is readily apparent for those who wish to see it, each narrative in its own way a ghost story with protagonists struggling to find their place in the world as they grapple with issues only some of which are within their personal control. More, they feature strong, smart and intuitive young women at their center, both ready and eager to take charge of the situation, even if doing so will irrevocably change their lives in ways they cannot predict and can barely understand. 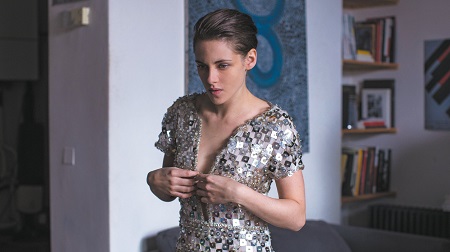 This is also the first film, to my knowledge, to show Assayas working with computer-generated visual effects of any sort, his utilization impressively, and uncomfortably, inventive. Early on the director makes it clear there really are spirits shadowing Maureen, their eerie ephemeral wispiness an injection of mystery that caused the hair on my arms to stand on end every time there was even the slightest hint they might appear. He allows frequent cinematographer Eric Gautier (Something in the Air) the freedom to make these moments his own, his camera never showing more than it needs to as these apparitions wisp in and out of the frame with psychedelic viciousness.

But, make no mistake, as haunting and as scary as all of this might turn out to be Personal Shopper is not a horror movie. This is a human drama, plain and simple, one that deconstructs the grief process in ways that have seldom been seen or attempted before. Assayas channels energies that are explosively one-of-a-kind, the languidly methodical nature of the pacing belying the rich emotional density that makes up every step of Maureen’s sojourn to self-actualization and personal growth. This is a seriously magnificent motion picture, one worthy of additional exploration, serious debate and multiple interpretations. See it at once. 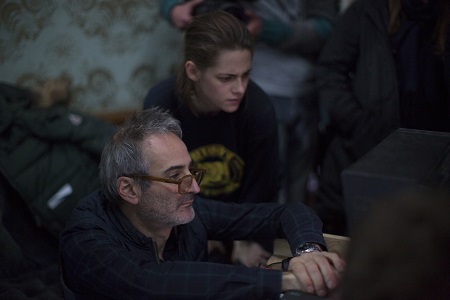 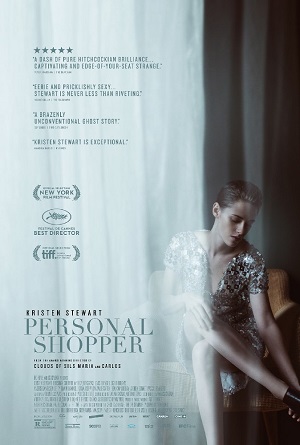