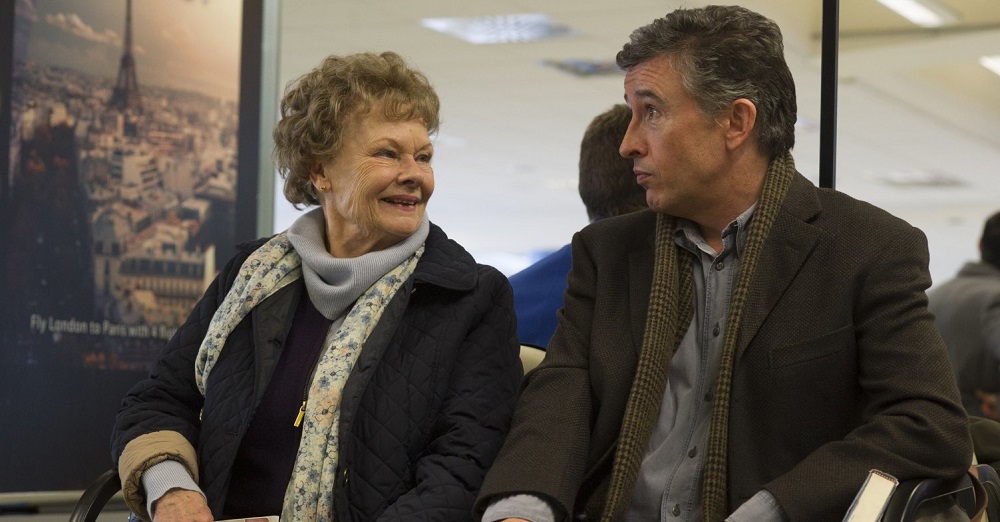 Martin Sixsmith (Steve Coogan) and Philomena Lee (Judi Dench) should never have met. But when the newsman is summarily sacked from his job working for Tony Blair’s government for reasons he can barely fathom, he finds himself adrift looking for something to do. That’s when Philomena’s story is unceremoniously dropped into his lap, the woman’s daughter Jane (Anna Maxwell Martin) cornering him at a dinner party, revealing a family secret she herself had only recently been told. 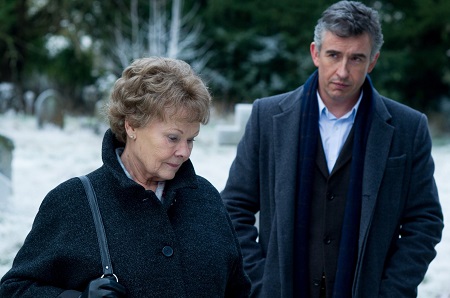 For almost 50 years the kind-hearted Irish woman has been secretly searching for the boy she was forced to put up for adoption when she was still a teenager. She was regarded as a ‘fallen woman’ by both her family and the community at-large, sent to live in shame at the Roscrea convent to atone for her sins. To pay for her upkeep, as well as that of fellow young girls in similar circumstances, the Sisters ‘sold’ babies to wealthy couples looking to adopt, and while Philomena has no wish to intrude upon her boy’s life, she just wants to know if he’s living a better one then she could have granted him.

One thing leads to another and suddenly Martin is traveling to the United States with Philomena at his side. But what starts out merrily soon becomes tinged with tragedy, the truths they discover not always ones that bring a smile to their faces or allows joy to permeate their hearts, the duo embarking on a journey of discovery that will affect both their lives in ways they couldn’t possibly have imagined beforehand.

Inspired by a true story, based on Martin Sixmith’s own best-selling non-fiction telling of the tale investigation The Lost Child of Philomena Lee, director Stephen Frears and screenwriter/star Coogan, working with fellow scribe Jeff Pope, have teamed up to give this story life. Their subsequent film, Philomena, isn’t out to change the world or do something flashy, different and new; it doesn’t want to offer up a litany of unexpected surprises or shocking plot turns.  What it is interested in doing, and what it does extremely well, is bring this simple story of redemption, discovery and, ultimately, triumph to life in a way that is emotionally affecting without feeling melodramatic or mawkish. Frears and Coogan showcase the multitude of layers buried within Philomena Lee’s history with vivacity, doing so in swift, easily digestible brushstrokes that in the process speak volumes as they concern the human condition as a whole. Echoes of race, culture, class, religion, gender, sexuality and more all come into play but never in ways that feel false or forced, all of it revolving around a woman who looks at life through a miraculous prism of hope, resilience and faith outside influences can do little to weaken or destroy.

Unquestionably this is a role the Oscar-winning Dench, almost certain to be nominated for an Academy Award for the seventh time, was born to play. At the same time, just because her casting isn’t a surprise that doesn’t make her performance any less wondrous. She never plays Philomena as you expect her to, off-hand remarks and gentle asides giving insights into her character that I didn’t always see coming. Her journey to the truth is heartfelt, entirely authentic, not a single false note or beat to be found no matter which way the worm turns or how many falsehoods end up being uncovered.

Potentially lost in all the love thrown Dench’s way is just how great Coogan is as well. In some ways he has the more difficult part to play, the jaded Sixsmith not exactly a fervent man of the church or someone who spends a lot of time accepting another’s generosity at face value. But even though he’s always got a sarcastic cynical wisecrack at the ready, his job is as observant reactor, taking in the information as it is presented and allowing Dench to respond with the majority of the emotional embellishments. Even so, Coogan brings forth all that is impacting Sixsmith at any given moment with notable simplicity, the complexity of the performance oftentimes found in the way his quiet penetrating gaze changes scene to scene.

It is possible Frears is the most schizophrenic ‘great’ director of the past thirty or so years. For every masterwork (Prick Up Your Ears, The Hit, Dangerous Liaisons, The Grifters, High Fidelity, Dirty Pretty Things, The Queen) there are nearly as many unfathomable train wrecks (Hero, Mary Reilly, The Hi-Lo Country, Tamara Drewe, Lay the Favorite), his hit-to-miss quotient incredible. He’s in splendid form here, though, never allowing the inherent melodrama at the heart of Philomena’s story to overwhelm the proceedings. Emotions come to the forefront with eloquence, one earthshattering revelation regarding Philomena’s son handled with such dexterous, naturalistic care it stole my breath away even though I knew beforehand that it was coming.

The more I think about Philomena the more I find I’m coming to the conclusion this might just be one of 2013’s more tranquilly invigorating marvels. Featuring two outstanding performances from its leads, filled with memorable moments I can’t get out of my head, Frears’ drama is as good as just about anything he’s arguably ever made. It’s a marvelous, life-affirming achievement, and what it says about spirituality, faith, friendship and family worthy of continued debate and discussion long after the film itself has come to its near-perfect end. 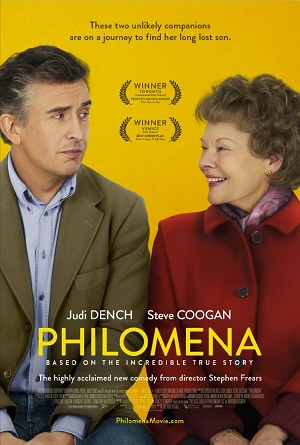