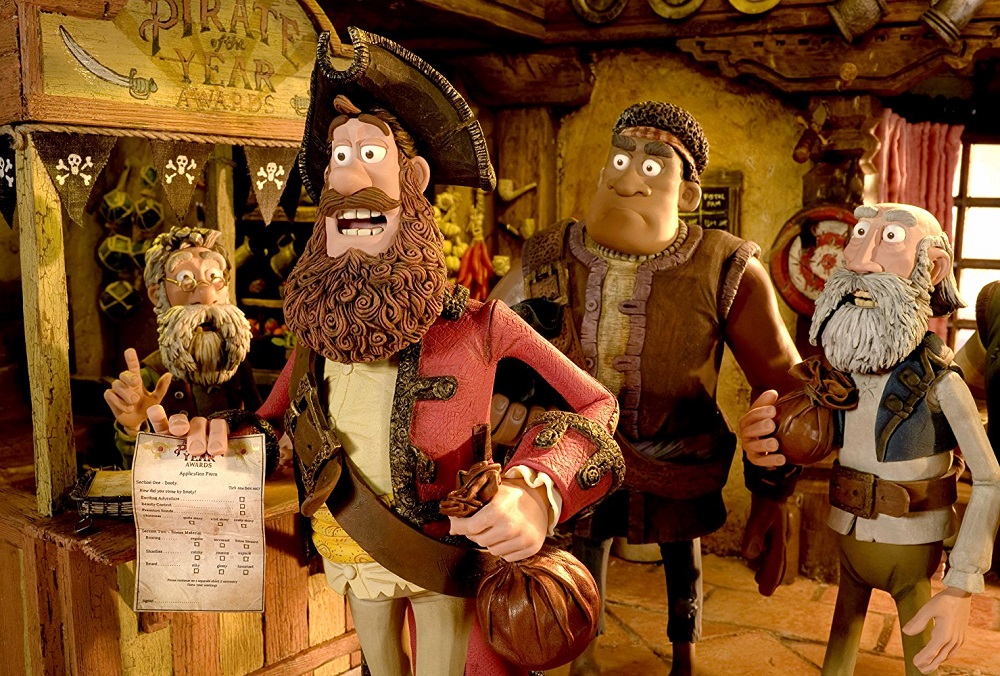 The Pirate Captain (Hugh Grant) is upset. He’s being upstaged by the likes of Black Bellamy (Jeremy Piven), Cutlass Liz (Salma Hayek) and Peg Leg Hastings (Lenny Henry) during the annual Pirate of the Year competition, the hardy The Pirate King (Brian Blessed) always giving the award to one of them while he sits in the audience as a well-bearded afterthought.

This year will be different. He and his crew have captured Charles Darwin (David Tennant), the scientist revealing to them that their beloved pet parrot Polly is in all actuality a full-fledged Dodo, a flightless bird long thought extinct. He promises them riches and accolades beyond compare if they’ll allow him to take the animal to London for a science competition, all the while secretively intending to sell the animal to the voracious Queen Victoria (Imelda Staunton) whom, just by happenstance, really, really, really hates pirates and also likes to eat endangered species at a giant banquet with other world leaders.

While not up to the same high standard set by Chicken Run or Wallace & Gromit in The Curse of the Were-Rabbit, Aardman’s latest Claymation spectacular The Pirates! Band of Misfits is a suitably jovial high seas adventure filled with verbal wit and visual imagination. It’s a fun frolic young and old alike should enjoy equally, filled with sights and sounds so richly rewarding one almost has to see the film twice in order to appreciate them all.

Unfortunately, there is also a level of complacency that’s a little disappointing. Directors Peter Lord and Jeff Newitt surprisingly take relatively few chances with the material, reducing Gideon Defoe’s book and screenplay to anachronistic inanities and obvious pop culture gags with a bit too much regularity. They don’t play on as broad a canvass as they have in the past, taking a route more Shrek­-like than it is anything else.

Yet this movie is still a heck of a lot of fun. The vocal work is fantastic, Grant, Tennant, Staunton and Martin Freeman (portraying The Pirate King’s second The Pirate with a Scarf) particularly outstanding, while Anton Yelchin comes close to stealing the entire picture as The Albino Pirate whose affections for Polly are goofily icky (but in a wholesome, family-friendly sort of way, of course). There are also a number of hysterical scenes featuring Darwin’s trained monkey man servant, his series of dialogue cards a constant source of whimsical absurdity that had me giggling out loud. The Pirates! Band of Misfits may not be Aardman’s best, but that still makes it better than just about anything else out there for kids and for families, my hearty Aar! of affirmation undeniably boisterous. 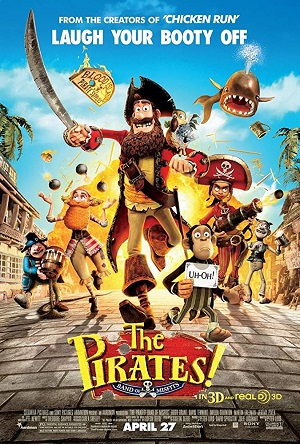