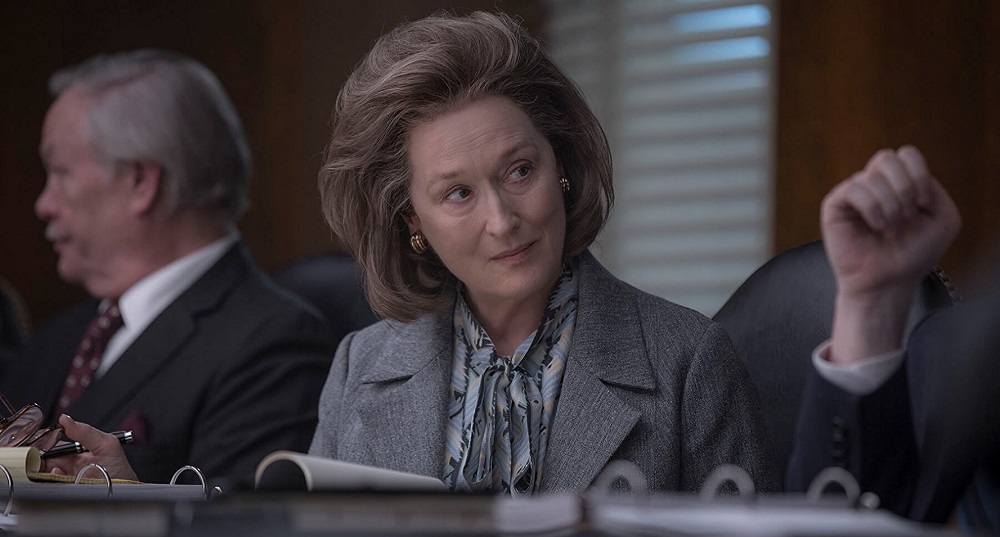 Spielberg’s The Post an Essential First Amendment Call to Action

There’s no question Steven Spielberg’s The Post couldn’t be more socially, politically and culturally relevant than it is right now. What it has to say about gender equality in the workplace as well as governmental assaults on the freedom of the press aren’t exactly subtle. Even so, at this particular moment in history both couldn’t be more important. Working from a smart, inquisitively biting script written by newcomer Liz Hannah and Spotlight scribe Josh Singer, featuring superlative, finely layered performances by superstars Meryl Streep and Tom Hanks, utilizing a crack ensemble cast at the top of their collective game,  Spielberg’s latest is outstanding, this ticking clock procedural a thrilling call to action worthy of multiple viewings. 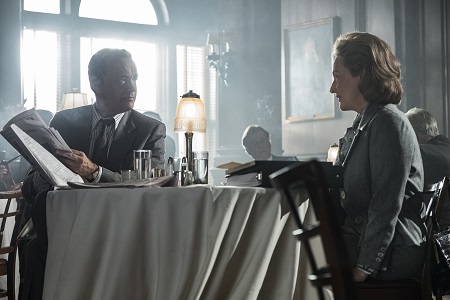 After her husband commits suicide, Kay Graham (Streep) instantly becomes the first woman in the U.S. to be the publisher of a major American newspaper, The Washington Post. While in the middle of a deal that will bring millions of dollars to the company allowing her to pay solid, seasoned reporters to break the tough stories that will hopefully help compete against The New York Times, executive editor Ben Bradlee (Hanks) is in the process of urging his investigative team to break an explosive story that will put a spotlight on The Washington Post that could potentially undo all Graham is attempting to accomplish.

Turns out, The New York Times currently has their hands on thousands of pages of a secret investigation into the war in Vietnam conducted at the behest of former U.S. Defense Secretary Robert McNamara (Bruce Greenwood) in 1967. Four years later, with the Nixon administration now in charge of trying to extricate the U.S. from the ongoing conflict, the last thing the President or his allies want is all of this classified material chronicling the mistakes and lies of past administrations splashed across the front page of a single major American newspaper. After a temporary injunction forces The New York Times to stop printing these stories, Bradlee sees an opening he’s eager to exploit, doing all he can to get a hold of these pages so The Washington Post can continue to do the job breaking these stories as he feels is the paper’s First Amendment right.

Known as “The Pentagon Papers,” these secret documents outlined over 20 years of duplicity and subterfuge by the U.S. government in regards to the Vietnam crisis, and their being leaked to the press in 1971 was certainly the type of scandal presidential administrations would rather not face. The issue for The Washington Post was whether or not Graham should allow Bradlee to proceed with the publishing of these documents in light of federal courts ordering The New York Times to stop doing just that. Say yes, and one of the most important stories of the 20th century would continue to be told even if doing so puts the entire paper in jeopardy of being held in contempt of court, not to mention opens herself and her executive editor open to the possibility of being sent to jail. Say no, and while the newspaper would continue to run as it always has, the trust the public has in it to tell the truth might be lost forever, and a governmental assault on the First Amendment would continue forward unabated.

While this back-and-forth debate is front and center, equally there for observation is the examination of women, no matter how intelligent, wealthy or powerful they might be, and how they were treated in the workplace. It’s a deft depiction, and The Washington Post publisher isn’t the only one who has to deal with it. A key dialogue sequence between Bradlee and his artist wife Tony (Sarah Paulson) spells out some of the things going on underneath the surface of this gender divide with restrained eloquence, while Alison Brie’s turn as Kay’s daughter Lally Graham is of more weight and importance than I initially assumed considering the brief amount of screen time given the character.

It does take the film a little while to find its stride. While it does open with an incredible back and forth between Bradlee and Graham during a morning breakfast conversation, while there are a handful of fun little moments inside The Washington Post offices depicting daily journalistic chaos, it isn’t until reporter Ben Bagdikian (Bob Odenkirk) actually tracks down the Pentagon Papers that things kick into high gear. From that point forward the energy and excitement propelling things forward is palpable, the clock slowly ticking to zero-hour as Bradlee and his team prepare to break the biggest story of their collective careers while at the same time Graham huddles with her advisors in order to make a decision that will decide just what type of paper it is she wants to run.

Comparisons to Alan J. Pakula’s All the President’s Men are obvious and apt, especially considering that 1976 classic as well as this Spielberg effort both revolve around scandals and controversies involving The Washington Post and their investigative coverage of the Nixon administration. But where that movie had one solid thesis to carry it forward start to finish, this story has a number of tangents that must all be kept in constant contact for the varying aspects of Hannah and Singer’s script to connect as they are designed to. Every piece of this puzzle has to if the story is going to meet with success, the last act a hotbed of tension and suspense that, even knowing the outcome, is simply sensational.

Streep’s performance is masterful. Graham’s journey isn’t a straight line. It moves in a variety of directions, this intelligent woman understanding the path she has to navigate is unlike anyone else’s in her immediate circle, especially the rooms full of men she is frequently at the center of. Watching Streep make her way through this sexist paradigm of entitlement and superiority is astonishing, the way she carries herself with such sincerity even as she builds up the confidence to stand up for herself and her paper remarkable. The award-winning actress doesn’t overplay her hand, doesn’t do anything showy or full of theatrical embellishment. Instead, she understands that, as it is in the news business, truth is her ultimate weapon, and as long as she stays true to her beliefs others will see she knows what it is she’s talking about it whether they agree with any of the decisions she ultimately makes or not. 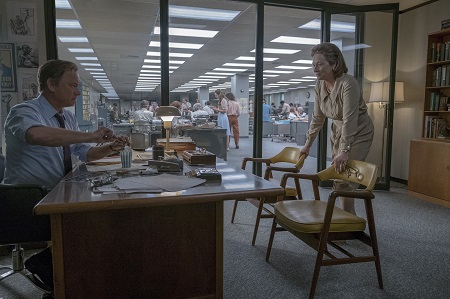 Hanks is equally superb, as is the entire supporting cast, especially an outstanding Odenkirk, the scenes at Bradlee’s house involving the trusted members of his editorial board pouring through the papers in an attempt to piece them together as best they can some of the best cinematic moments I’ve seen in all of 2017. The ensemble works together beautifully, Spielberg conducting every member with precision. Add in pitch-perfect work from a crack technical team which includes the likes of cinematographer Janusz Kaminski (Schindler’s List), composer John Williams (E.T.: The Extra-Terrestrial), production designer Rick Carter (Lincoln), Costume Designer Ann Roth (The English Patient) and editors Michael Kahn (Raiders of the Lost Ark) and Sarah Broshar (The Last Survivors), the resultant symphony is worthy of a standing ovation.

Spielberg does give into his more melodramatic tendencies at times, spelling things out with a little more didactic clumsiness than I expected. But thanks to Streep’s constant quiet dignity as Graham this rarely proves to be a problem. More, even if a scene here or there might be a little exaggeratedly obvious, there is something still spectacular in the heart-stopping visual of a determined woman descending the stairs of the Supreme Court through a throng of wide-eyed women, the unspoken truth of just what this moment means to all involved speaking for itself with a hushed authority that’s awe-inspiring. Add in the obvious parallels to our current fight to keep a free, unfettered press that’s under assault by a corrupt political machine unlike any the First Amendment has ever faced before, the importance of the messages at the heart of The Post couldn’t be more imperative. Spielberg’s latest might not be his best, but it may be his most essential, those from all corners of the ideological spectrum urged to watch it with an open mind and a clear heart. 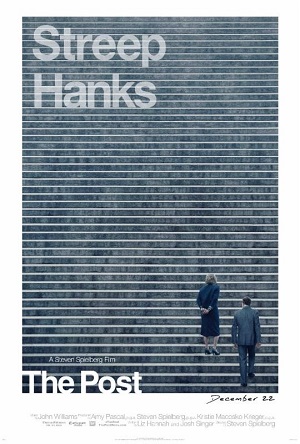