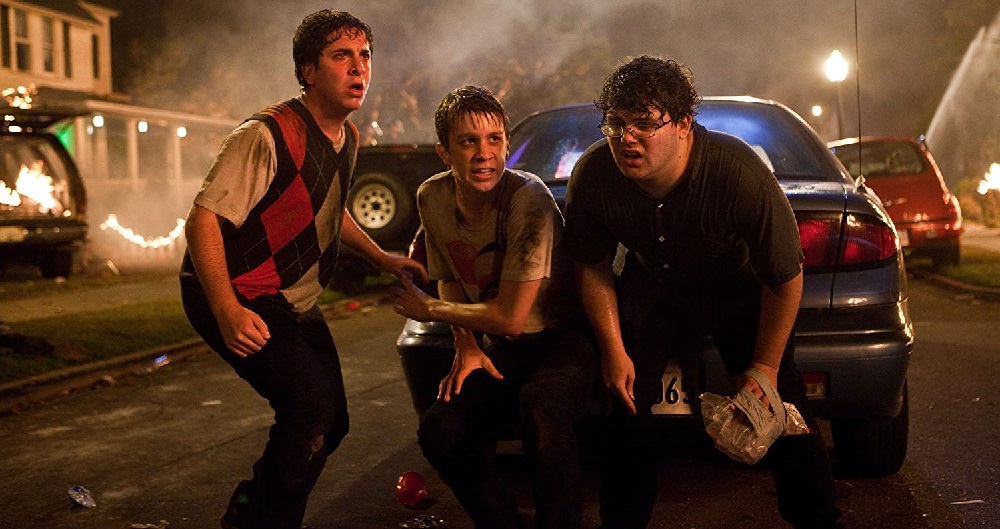 There are some movies I’m not quite sure how I make it all the way until the end sitting in my theatre seat. Films so obnoxiously terrible, so assaultive on the senses, I start fantasizing about a different world altogether, an alternative plain of existence where something as truly noxious as what it is I am currently enduring is only a faintly imagined misery its creators haven’t had the heart to flesh out and unleash upon an unsuspecting populace. 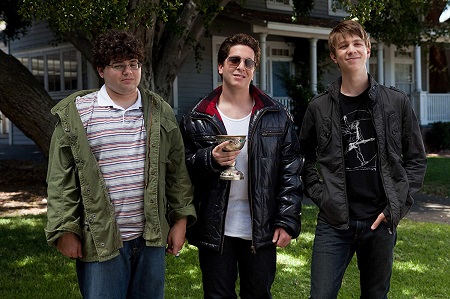 This is the place Project X took me. Not to be confused with the 1987 military monkey experimentation film with Matthew Broderick and Helen Hunt, this teenage found-footage style comedy had me on edge right from the start. The opening minutes where we are introduced to birthday boy Thomas (Thomas Mann) and his best friends Costa (Oliver Cooper) and JB (Jonathan Daniel Brown) are an uncomfortable harbinger of the catastrophe that is to come, screenwriters Matt Drake and Michael Bacall eschewing little things like character development in favor of speeding towards the central party around which all else revolves.

When I say catastrophe, I mean catastrophe. Not only is Thomas’ birthday blowout a disaster, so is the movie itself. The whole thing is an assaultive hodgepodge of Animal House, Risky Business, Porky’s, American Pie, Superbad and Cloverfield thrown into a blender set for pulverize. There are no characters. There is no actual plot. There is nothing here of substance worth caring about or getting emotionally involved with. This is sound. This is fury. This is nothing in-between, the whole 88-minute enterprise an excuse to push the boundaries of an R-rating and to see how much an audience growing increasingly numb to bad taste gross-out excess can ultimately take.

This isn’t entirely fair. I get to a certain extent what the writers, director Nima Nourizadeh and producers Joel Silver and Todd Phillips were going for. Teenagers have become more and more knowledgeable about things they probably shouldn’t have the first clue about, stuff thanks to the advent of social media and the internet they have started to grow numb to that they arguably otherwise wouldn’t be.

But the movie isn’t concerned with any of those concepts. It doesn’t try to show how Thomas is affected by the explosion of popularity his party produces. It doesn’t show how or why people descend upon his home in droves. It doesn’t attempt like the best comedies in this genre (i.e. Risky Business, Superbad) to fully form its characters into three-dimensional beings worth caring about or emotionally investing in. Instead all it wants to do is show as many breasts, as many outlandish scenes of havoc and destruction, as many tasteless bits of chaos as it possibly can. It dives headfirst into layers of sexually explicit dialogue that comes perilously close to putting Clerks to shame, all of it in the name provoking revulsion and guffaws, hopefully in equal measure.

The problem is that Project X just isn’t funny. Or, in all fairness, it very seldom is. I do have to admit that a few bits involving Thomas’ dog got me to giggle, as did a sequence of randomly connected shots involving a garden gnome. I should also say I was marginally enchanted by relative newcomer Kirby Bliss Blanton playing Thomas’ childhood confidant and longtime friend. She’s got a spark just about everyone else in the film lacks and I’d be curious to see what she’s got up her sleeve next. 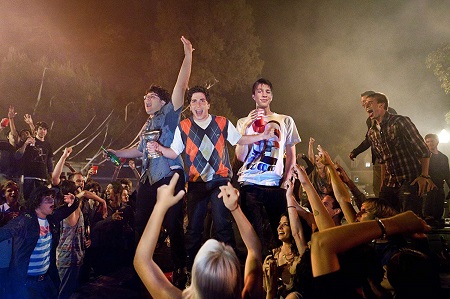 But the majority of the gags are so intent on shocking they forget to be humorous. Yet I didn’t find any of them all that shocking save for how much effort it had to have taken on the parts of the cast and crew to bring this aggressively unappealing fracas to life. The finished product assaulted and bored me in almost equal measure, and how anyone could find any of this enjoyable is light years beyond me.

Rebellion is part of youth; always has been, always will be. Movies chronicling this rebellion will be around as long as the cinematic medium exists, and I seriously doubt this will be the last comedy involving teenagers, sex, drugs and partying to see the light of day. But Project X is like social media in that it is all pretense without the payoff, all editorial commentary without the research to make any of its statements matter. It is a failed attempt to analyze what it means to rebel in the 21st century and as such ends up being a party, not for the ages or the record books, destined for the dustbin of rancid ideas better left forgotten. 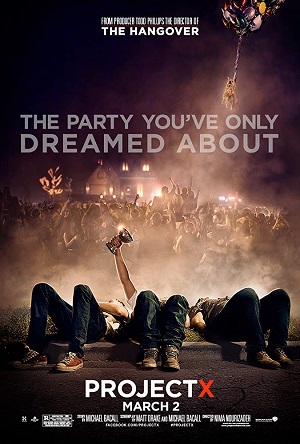