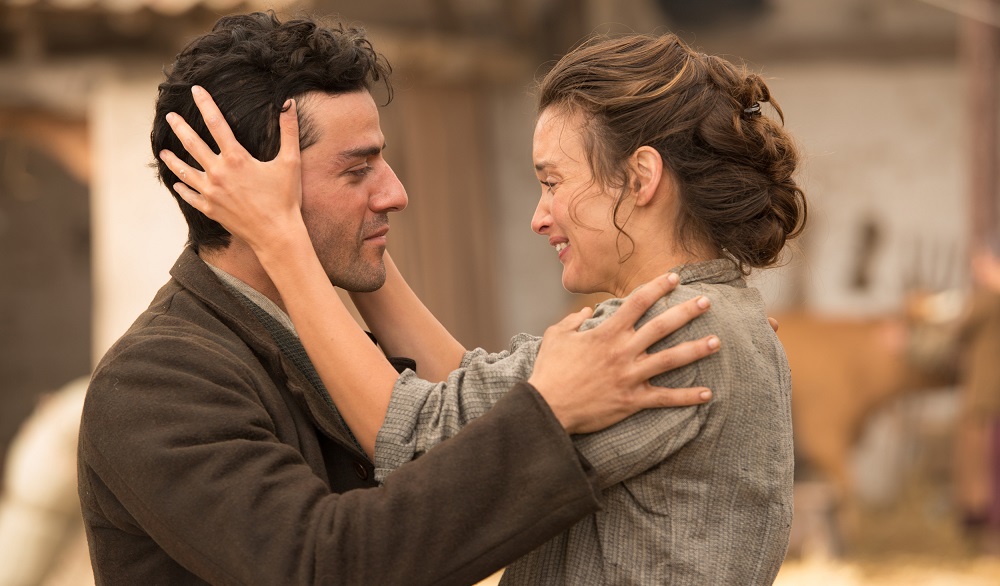 Terry George’s (Hotel Rwanda, Reservation Road) war-torn epic historical romance The Promise is an early contender for being one of 2017’s most frustrating and disappointing films. Set during the 1915 Armenian Genocide, an unspeakably horrifying event the Turkish government to this day still refuses to acknowledge, the movie reduces this unimaginable tragedy to nothing more than a blood-soaked foundation to build a sappy, underdeveloped love triangle around. Oozing with potential, featuring great performances from Oscar Isaac, Charlotte Le Bon, Christian Bale and charismatic newcomer Marwan Kenzari, the movie loses its footing about halfway through and never recovers, everything building with such melodramatically stilted tediousness the overall feeling I was left with when it was over was one of stupefied indifference. 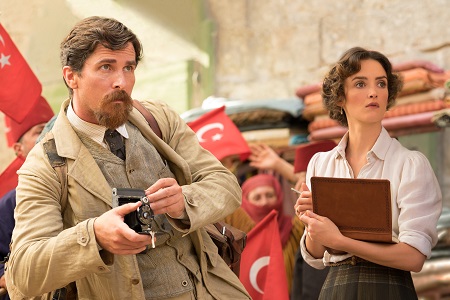 After entering into an arranged marriage agreement with local girl Maral (Angela Sarafyan), Mikael Boghosian (Isaac) takes the 400 gold coin dowry given to him by the woman’s father and leaves his small Armenian village for the big city wonders of Constantinople in hopes of attending medical school. He quickly makes friends with Emre Ogan (Kenzari), the rich and influential playboy son of a powerful Turkish general. Through him, he also runs into American journalist Chris Myers (Bale) and his beautiful French-Armenian collaborator Ana Khesarian (Le Bon), the latter of whom just so happens to also be the tutor to the daughters of Mikael’s rug merchant uncle.

Before anyone can get too settled, Turkey joins forces with Germany as World War I gets underway. Additionally, the ruling Turks begin to systematically throw able bodied male Armenians into labor camps while also slowly eradicating many of their villages located throughout the country. Forced relocation escalates to mass slaughter, Mikael battling impossible odds to return home to make sure his parents (Shohreh Aghdashloo, Kevork Malikyan), as well as his fiancé Maral, whom he no longer loves but still feels honor-bound to marry, are all still alive.

There’s plenty more, George and co-writer Robin Swicord (The Curious Case of Benjamin Button) stuffing so much material inside the movie’s second hour the sheer volume of it is overwhelming. Mikael gets interred into one of the labor camps, bonds with fellow laborer Garin (Tom Hollander) and finally escapes thanks in large part to the man’s heroic sacrifice. Chris and Ana dodge Turkish authorities and soldiers as they make their way to a Red Cross mission filled with orphans needing to be smuggled out of the country. All three will eventually meet back up, survive a handful of lethal skirmishes and ultimately end up part of a bloody siege atop a mountain. Fictional and historical events collide, these three principal characters circulating in and out of the story, navigating their own personal entanglements as war rages all around them.

It’s hard to put into a few words just how dreadfully melodramatic and dull all of this becomes, as The Promise is as impressively mounted a production (a reported $100-million was spent) as anything of a similar ilk likely to be released this year. George has brought in ace cinematographer Javier Aguirresarobe (The Others, Warm Bodies), Oscar-winning composer Gabriel Yared (The English Patient, Cold Mountain), crack editor Steven Rosenblum (Braveheart, Blood Diamond) and a whole slew of talented craftspeople to give his film the epic scale he is aiming for. There are also a number of notable members of the supporting cast who pop in at key moments to deliver an impassioned speech or make threatening declarations, Rade Serbedzija, Jean Reno and James Cromwell the most familiar of these faces. 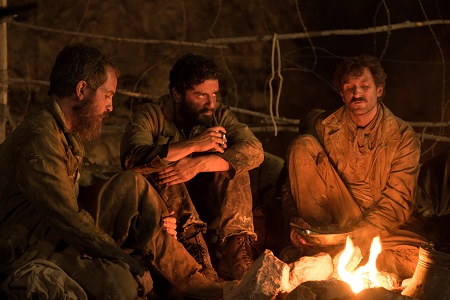 But none of it matters. Unlike classic motion pictures like Lawrence of Arabia, Doctor Zhivago or The English Patient, there’s no room here for the story to breathe and evolve. Everything during the second hour is rushed, causing the majority of what transpires to feel strangely inauthentic. Other than a scene where Mikael and Chris stumble upon a mass slaughter of innocents on the shores of a quietly trickling river, there’s very little during this stretch that strums the emotional heartstrings. Even the climactic assault by the Turkish army against Armenian survivors has trouble generating anything that could be construed as a pulse, making the question as to whether our heroes will survive or valiantly perish protecting others ones I had precious little interest in learning the answer to.

It does not help that the Mikael-Ana-Chris love triangle is inelegantly shoehorned into all this bloodshed and inhumanity. As good as Isaac, Le Bon and Bale are the dialogue they’re asked to spout and emotions they’re tasked with displaying are so turgid and cloying this romantic pabulum smothers all it comes in contact with suffocating determination that would be impressive if it weren’t so gosh darn insulting to the viewer’s intelligence. Because there’s no time for these three to develop as impassioned characters, all this soap opera tedium does is devalue the real human catastrophe unspooling alongside it, and considering the Armenian genocide remains one of the more underreported and unexplored tragedies of the past century this is as unfortunate a turn of events as any that could have transpired. The Promise never delivers on its potential, this infuriating wannabe epic failing to make the kind of long-lasting impression all involved in its production clearly hoped it would. 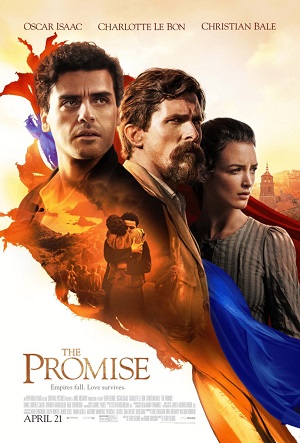