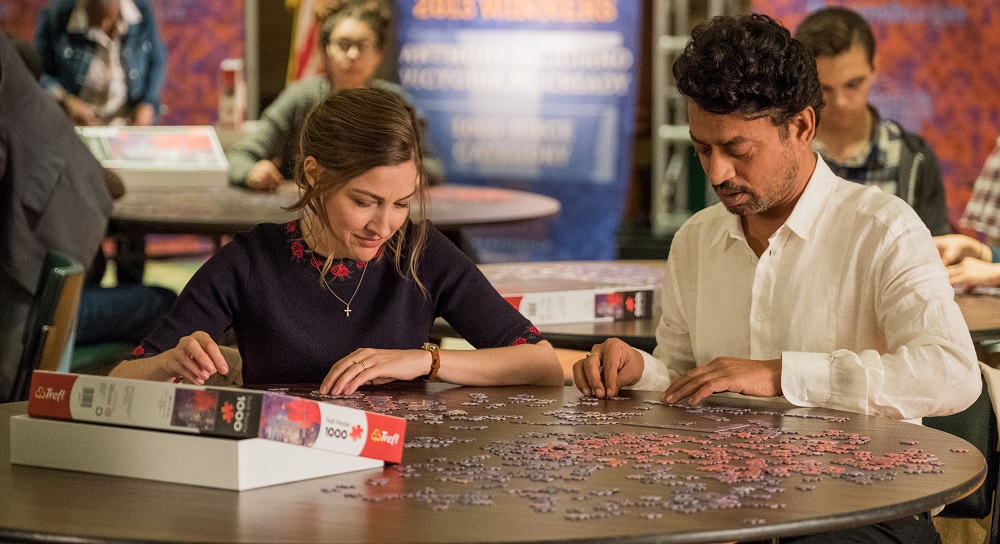 It begins with a gift. For her birthday suburban housewife and mom Agnes (Kelly Macdonald) is given a 1,000 piece jigsaw puzzle, mainly because her husband Louie (David Denman) and children Gabe (Austin Abrams) and Ziggy (Bubba Weiler) can’t think of anything better to give her. Turns out, she’s got a knack for puzzling. In fact, completing puzzles, sometimes multiple times, becomes Agnes’ passion, the pride she feels knowing she’s the best at something planting a smile on her face and putting a spring in her step neither of which have been there for quite some time. 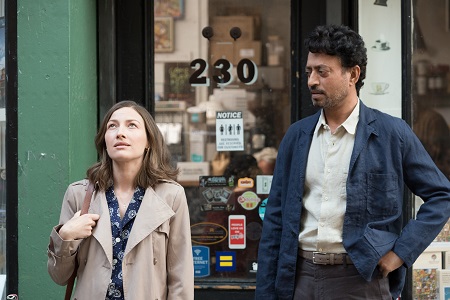 While out searching for more puzzles she makes the acquaintance of champion puzzler Robert (Irfan Khan). He introduces her to a whole new world of competitive puzzling, instilling in her the desire to join him as his partner in a pursuit of tournament jigsaw championships. Agnes begins to come into her own like she never has before, speaking her mind to her family and forcing them to recognize her intelligence and talent whether they want to or not. For maybe the first time in her life she knows she is capable of greatness. Whether or not she and Robert end up winning a trophy, Agnes knows she can demand more from life. More importantly, she’s starting to piece together the confidence to be able to go out and get it all on her own.

A rare starring role for Macdonald, the emotionally lithe Puzzle is a fantastic showcase for the veteran character actress. She’s dazzling as Agnes and underplays her part magnificently, allowing all of the delicate nuances of Oren Moverman (Time Out of Mind, Love & Mercy) and Polly Mann’s screenplay to come to heartbreakingly brittle life with astonishing ease. Macdonald walks through the film as if she were a caterpillar gently spinning her cocoon as she prepares to begin anew as a strong, powerfully assertive butterfly, the emotional complexities lurking at the heart of her performance simply incredible.

The rest of the movie is pretty darn good, too, director Marc Turtletaub (Gods Behaving Badly) handling things with a perceptive authority that rarely feels forced or heavy-handed. While the inherent melodrama lurking at the heart of the picture is obvious, and while not all of the pieces of this story fit nearly as well as the jigsaws Agnes and Robert put together so effortlessly, overall the emotions running through the center of this narrative are consistently pure. I found it impossible not to be caught up in this story, especially considering just how rare it is to see a film about a forty-something woman like this one told with such restraint and attention to detail.

I think what I like most about what Turtletaub, Moverman and Mann have done is to subtly and slyly subvert convention. The actual puzzle tournaments, while important, aren’t really what the movie is about. Those expecting some Hoosiers or Rocky-type moment of underdog euphoria have another thing coming their way. Instead, the filmmakers make certain that they are following Agnes from start to finish, reveling in her story as she learns to take charge of the moment while also coming to profound realizations in regards to her marriage to Louie. The stuff with the puzzles, it’s almost a red herring, her ability to put them together with such precision and speed entirely secondary to the massive psychological transformation that takes place with every jigsaw piece she fits into its proper place. 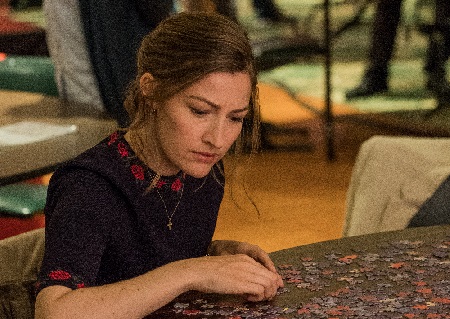 It must be said that Robert’s tale is entirely too obvious, and if not for Khan’s immense talent the character could have flirted with becoming insufferable. There’s a moment where he delivers a monologue that’s frustratingly unnecessary, the character spelling out for Agnes a bunch of simple truths that she and the audience have already begun to figure out without him feeling the need to mansplain them for her. Yet the heartbreaking depth of Khan’s introspective performance still resonates, the gifted actor manufacturing a three-dimensional portrait of romantic loss and personal tragedy that’s breathtaking.

But this is Macdonald’s film and she is outstanding. Whether discovering ways to intellectually blossom sitting alongside Khan or verbally jousting with newfound confidence with a dumbfounded Denman, the actress delivers one of the finest performances of her career. It’s a show-stopping turn that ranks right up there with Charlize Theron (Tully), Chloë Grace Moretz (The Miseducation of Cameron Post), Matilda Lutz (Revenge), Emily Blunt (A Quiet Place), Toni Collette (Hereditary), Thomasin McKenzie (Leave No Trace), Andie MacDowell (Love After Love), Claire Foy (Unsane), Jennifer Lawrence (Red Sparrow), Juliette Binoche (Let the Sunshine In), Zoey Deutch (Flower) and Marine Vacth (Double Lover) as being one of 2018’s best, Macdonald making Puzzle a heartfelt drama worth seeing all by herself. 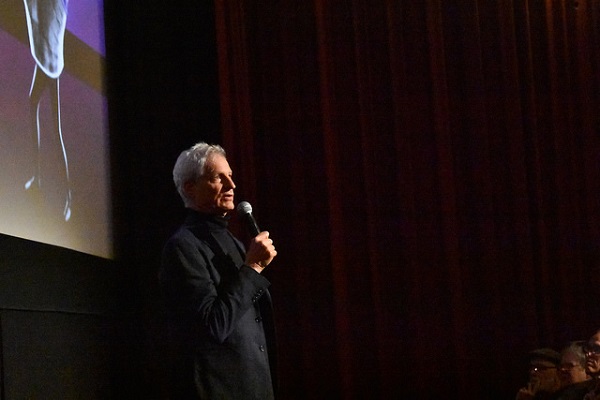 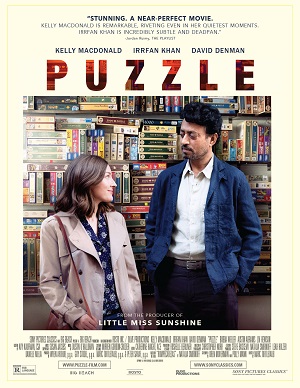