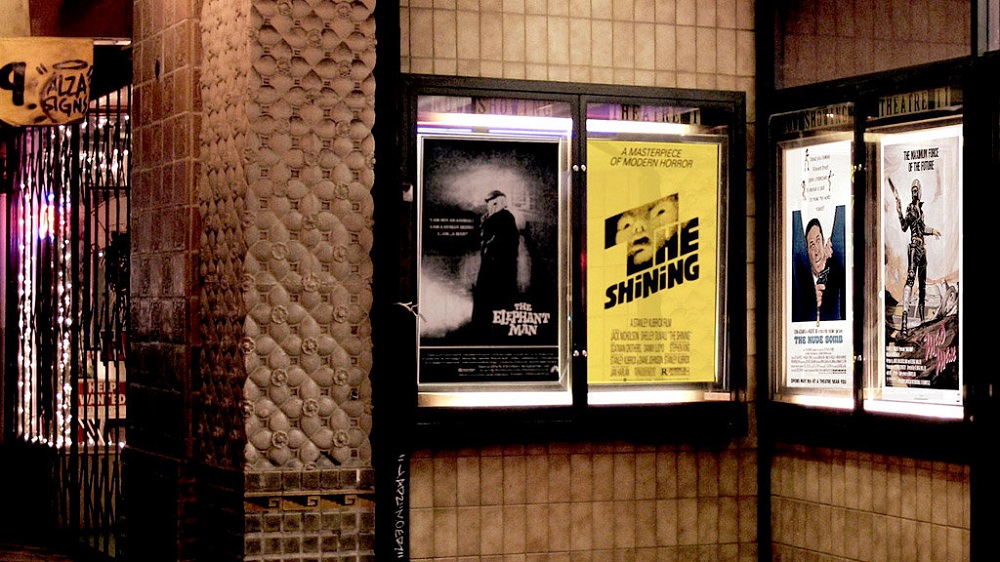 The films of Stanley Kubrick are always worth talking about and dissecting, but director Rodney Ascher’s Room 237 takes things to a whole new level. Assembling a group of The Shining fanatics, the filmmaker takes apart and dissects Kubrick’s 1980 adaptation of the Stephen King novel in an indescribable way. Everything from a treatise on American expansionism decimating the indigenous Native American population, to a viewing of sexual mores of the time period, to a thought-provoking exposé of German fascism that led to the Holocaust, to even the concept that the movie was the director’s way of telling people he helped fake the footage around the original Apollo moon landings, the meanings these viewers discover lurking inside the film border on crazy. 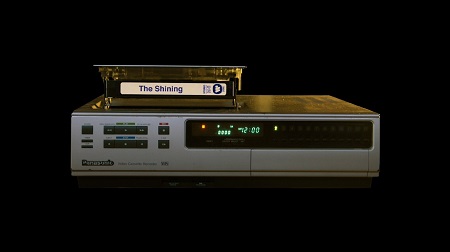 Funny thing, watching them do this in such exacting and exhausting detail is kind of entertaining, Ascher showcasing how our obsessive internet culture and new technological breakthroughs have allowed the committed faithful to tear apart and reassemble one of their favorite motion pictures anyway they see fit. You can find equal meaning between a can of Tang and a canister of Calumet baking powder, while the labyrinthine design of the Overlook hotel is just as disconnected from reality as the hedge maze Danny traps his father Jack within.

Ascher, never showing the faces of the “experts” he’s assembled to talk The Shining, using scenes from Kubrick’s entire filmography along with a ton of additional motion pictures he wasn’t involved with and bits of stock footage fitting whatever it is one of the talking heads might be waxing poetic about, weaves a bewildering mind game that’s as fascinatingly unsettling as film itself is. He has a field day spinning multiple webs, layering bits of mythology on top of one another to the point truth becomes fiction, fiction becomes fantasy and fantasy becomes, well, I’m not entirely sure what fantasy becomes but it’s certainly something outlandish, different and new. It’s all pretty silly, but it’s also compelling, and while I’m not going to put a ton of stock into any of the theories the cases for some of them are at the very least compellingly made.

Room 237 states right up front that neither the Kubrick estate nor Warner Bros had anything to do with the content of the film. As legally required as that statement on their collective parts might be, I can’t say it’s exactly necessary. One can tell immediately that Ascher’s documentary is nothing more than a deliriously eccentric and wildly engaging flight of fancy, a celebration of a revered filmmaker and his works as seen through the eyes of some his most devoted fans. The Shining is a classic that any cinephile worth their salt loves to play around with and interpret, and it likely goes without saying that many are going to keep doing just that forever…and ever…and ever…and ever… 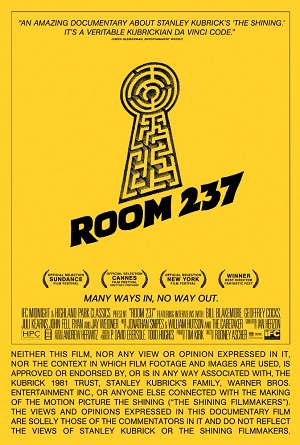