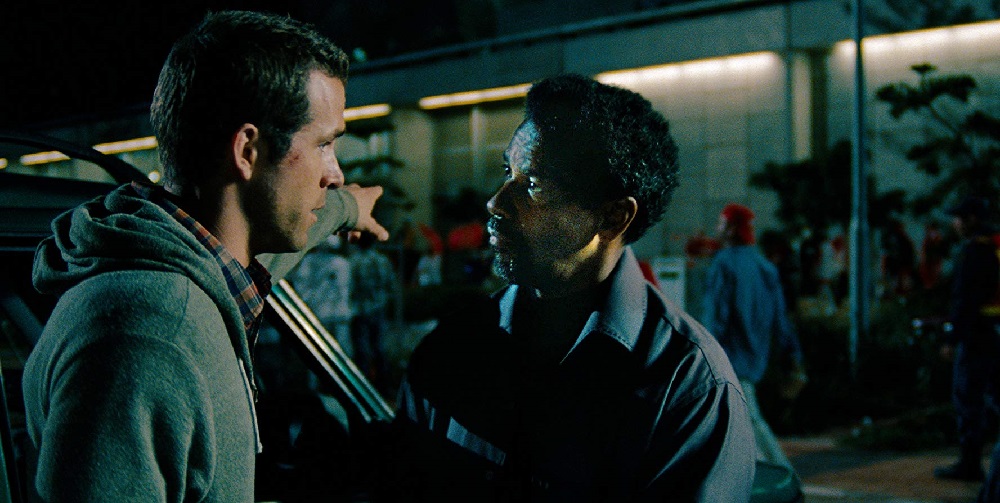 Matt Westin (Ryan Reynolds) is bored. A low-level CIA agent tasked with supervising a Safe House in Cape Town, South Africa, he’s spent the last 12 months twiddling his thumbs hoping for something interesting to do. This isn’t a job, nor is it an adventure, it is instead a tedious mind-numbing chore he’d like to be finished with, continually badgering his Washington, DC superior David Barlow (Brendan Gleeson) for a new assignment. 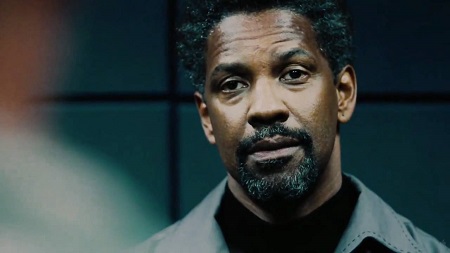 Matt should learn to be careful what he wishes for because when noted CIA traitor Tobin Frost (Denzel Washington) walks through his door he brings more forms of lethal trouble with him than anything the inexperienced agent ever could have thought possible. The Safe House under siege, the team assigned to transport and protect Frost dead, it is now up to Westin to make sure his charge remains alive no matter what obstacles are thrown his way.

Safe House is almost a good movie. While David Guggenheim’s intricate plot is hardly unfamiliar, while the twists occurring during its climax are exactly unforeseen, the narrative is still pleasingly intelligent making what happens more intriguing than it would have been otherwise. It’s a fun, free-wheeling international adventure filled with some solid moments and even better performances, the film’s 115-minute running time flying by in the proverbial instant.

So what’s the problem? Other than the aforementioned issues regarding the plot’s unoriginality, Swedish director Daniel Espinosa (Easy Money) directs things as if he’s on Paul Greengrass/Jason Bourne autopilot. The film is shot, scored and edited to look like The Bourne Ultimatum only without that film’s focused sense of purpose. At numerous points the picture becomes a cacophony of chaotic imagery that borders on nonsensical, and because of this I had trouble keeping track of what was happening far more of an annoying chore than it should have been.

There are some exceptions. There’s a great bit at a soccer stadium where Frost manufactures one of his magical escapes and Westin has to use every bit of his training to try and track him down before he disappears for good. It’s a mesmerizing sequence where everything works with a visual fluidity that’s breathlessly compelling, leading to a moment of choice for the increasingly frazzled neophyte CIA agent that’s as gut-wrenching as it is unavoidable.

I also liked the climactic bit at a secluded location in the middle of the South African desert. While what takes place isn’t exactly a surprise, the way Washington dominates this sequence is still stunning. He swaggers his way with a cocksure ferocity that made me smile, and while a character like Frost is hardly a stretch for the two-time Oscar winner that doesn’t make his performance any less superb. 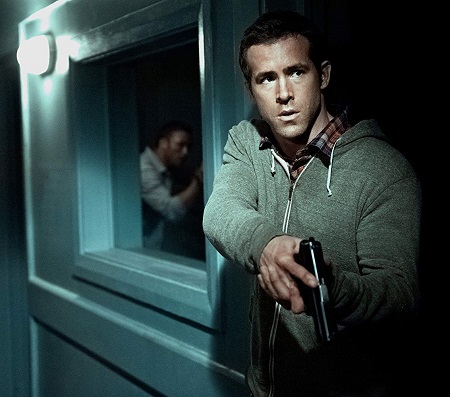 The real surprise, however, is Reynolds. I’ve always liked the Green Lantern and The Proposal star, always felt there was something about him that kept me intrigued even if I felt he was rarely, if ever, stretching himself (Buried being a notable exception). Here, forced to portray a character as far removed as any he has ever inhabited before, stripped of his cocky sarcasm and virile machismo, he becomes an unsteady and untested intelligence operative forced to learn under the most extreme pressure. Reynolds gives himself over to Westin completely, digging deep in a manner he never has before, giving the film’s best performance in the process.

Sadly Safe House never does live up to either the performances of its stars or its most interesting and intense action sequences. Vera Farmiga is wasted in a throwaway role as a fellow CIA agent working in tandem with Barlow, her presence unfortunately doing nothing substantive or worthwhile. Rubén Blades, Sam Shepard, Robert Patrick and Liam Cunningham also pop in small, if moderately important, roles, yet none of them are given enough time to make a significant impact in regards to all of the cloak and dagger monkeyshines. While not a total loss, Espinosa’s Hollywood debut is still a disappointment, and while it will play just fine when it makes its inevitable appearance on Cable television, that’s not good enough to warrant the purchase of a matinée ticket to see this one in a theatre. 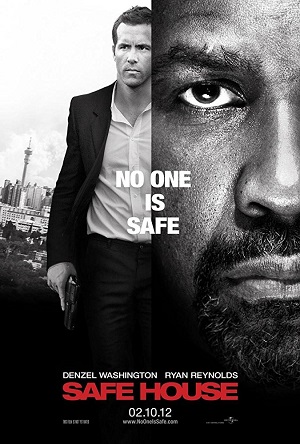