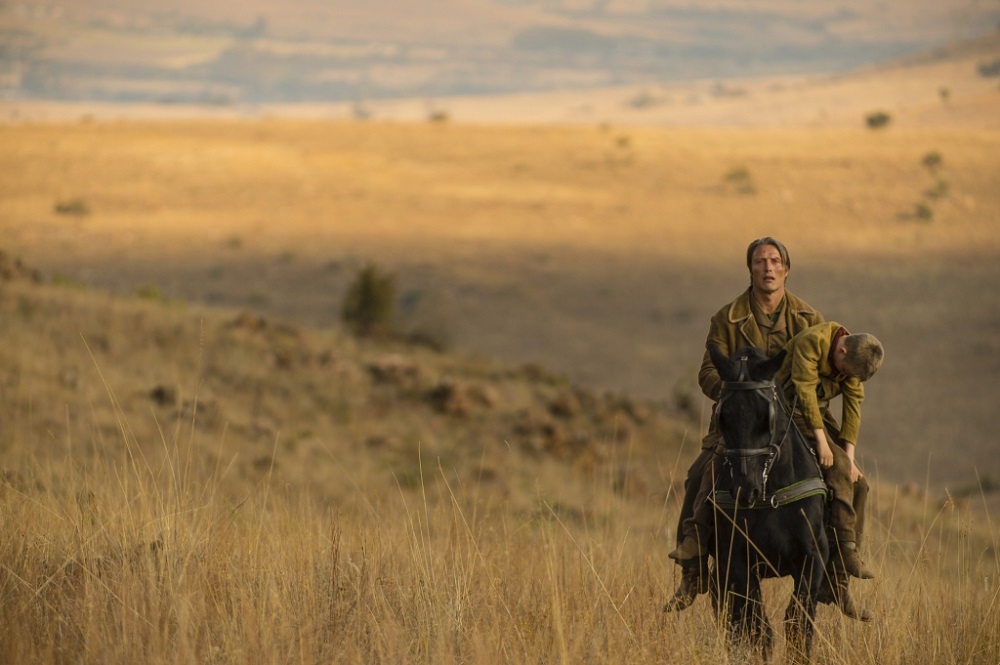 “I learned something from war…never start a fight you can’t win.”

“Reunited with his wife and son after eons apart setting up a new home in the middle of the American frontier, Danish immigrant Jon (Mads Mikkelsen) is left a ragged shell after a crushing tragedy befalls his family on the trip to his and his brother Peter’s (Mikael Persbrandt) farm. Revenging himself against those who wronged him, the former soldier now finds himself the target of Delarue (Jeffrey Dean Morgan), a notorious cutthroat who lords over the local township as if it were his own personal fiefdom.

Yet I liked The Salvation. Heck, I maybe even loved it. Mikkelsen – a terrific actor in everything from television’s ‘Hannibal,’ to the James Bond adventure Casino Royale, to the outstanding period epic A Royal Affair, to what should have been an Oscar-nominated performance in The Hunt – is superb, bringing a level of pain and pathos to Jon that is all-encompassing. He gives the movie its charge, and while his intentions are never in doubt, how he gets to where he is going is consistently fascinating, all thanks to his dynamic, fearlessly stubborn performance. 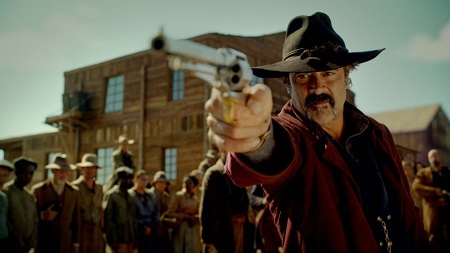 It’s likely impossible to make a case that The Salvation goes anyplace Western aficionados have not seen before. Whether Wayne or Eastwood, Cooper or Costner, the footsteps Mikkelsen’s Jon are treading in aren’t exactly fresh. At the same time, Levring’s affection for the genre is apparent, while his handling of the tale’s central moments pack a powerful punch that knocked me upside the head leaving me just to the right side of awestruck. This is a fine film indeed, one I’ll happily ride along with again with no hesitation whatsoever.”

I’m a big fan of The Salvation. It’s remarkably re-watchable, and alongside Slow West it is definitive proof that, as far as 2015 is concerned at least, the Western is alive and well. It’s very good, and I for one am extremely happy to add it to my personal Blu-ray library.

This Blu-ray features an English DTS-HD Master Audio 5.1 soundtrack along with an English LPCM 2.0 track and comes with optional English SDH and Spanish subtitles.

Behind the Scenes (7:23) – Much too brief mini-featurettes (there are six of them) chronicling a number of aspects of the film’s production. As in-depth of the interviews might be, this extra is frustratingly nondescript and far too brief.

The Salvation doesn’t do anything new, it just does what it wants to do very, very well, director Kristian Levring crafting a beautifully austere Western that builds to a suitably bullet-riddled conclusion overflowing in emotion. Fans of the genre owe it to themselves to lasso up this Blu-ray and give it a look as soon as they can. 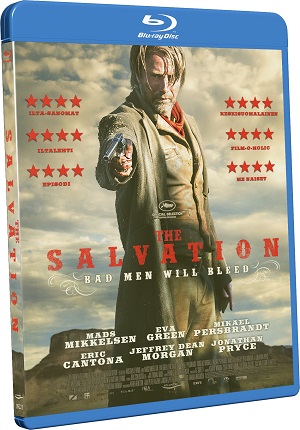