I didn’t know what to think when I heard the directors of Open Water, Chris Kentis and Laura Lau, were remaking the Uruguayan real-time thriller The Silent House. As I said last summer, I found that movie to be a glorious technical achievement masking a threadbare idea for a thriller that was ultimately nothing more than a disappointing cheat, so based on that the idea of an English-language version hardly appealed me. 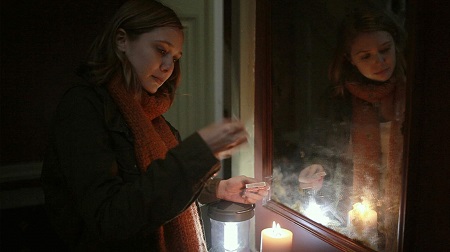 With Silent House Kentis and Lau have improved upon the ideas of the original (which reportedly was inspired by a true story), making the destination feel like far less of a trick or a cheat this time around. They’ve managed to create a surrealistic dreamscape where the line between reality and fantasy, between truth and a lie, are constantly in flux. Even though events are depicted in real time, even though it’s photographed as if this is happening in one elongated 85-minute take, the way the filmmakers keep the focus a continual mystery is divine, making the final outcome a bit of psychological hubris worthy of respect.

There are still issues, not the least of which is that what we as a viewer are seeing, what it is we have been asked to bear witness to, might not be happening. Also, where the Uruguayan film was a victim of under-explanation, a case could easily be made that Kentis and Lau, the latter of which is also responsible for the screenplay, go a bit too far in the opposite direction. There are points I felt as if they were over-explaining, leaving too little during the climax to the audience’s imagination, thus reducing the viscerally terrifying power inherent in the film’s potent scenario.

For the uninitiated (and considering the original barely got screened here in the United States that’s likely the majority of potential viewers) the plot revolves around Sarah (Elizabeth Olsen), a young woman who has come to her family’s secluded country home with her father John (Adam Trese) and uncle Peter (Eric Sheffer Stevens) to fix up the dilapidated abode so they can put it on the market. As dusk turns to night, noises from the upper floors put Sarah on edge. After she discovers her father beaten, battered and apparently left for dead, the increasingly frazzled woman finds herself alone and trapped in a house without power, where the doors are locked and in which some hulking figure is apparently stalking her.

What is going on? Is Sarah in danger? Who is the little girl appearing seemingly out of nowhere at various points to give her a start? How is Peter involved, and what’s with all the Polaroid pictures both he and her father have been trying to hide ever since the three of them arrived? And what was up with that strange visit from Sophia (Julia Taylor Ross) before the house went dark? Sarah barely remembers her, almost as if their friendship was a figment of her imagination and not an actual relationship back when the two were children.

The answers are worth finding out, Kentis and Lau doing a decent job of concealing the truth but still providing enough hints that those willing to pay attention to what is going on will be able to have it all figured out long before the climax. The filmmakers toy with the concept of reality much like Radha Bharadwaj’s 1991 surrealistic thriller Closet Land, making the ultimate twists and turns far more palatable and easier to digest than they ever were in the Uruguayan original. 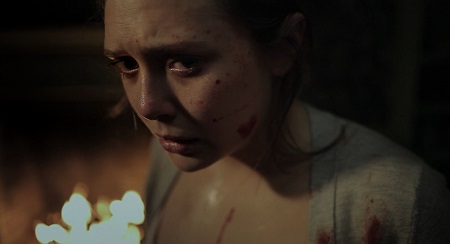 Olsen is incredible. In every shot, responsible to convey all of Sarah’s twisted and frazzled emotions as if delivered in one continuous take, the actress is every bit as remarkable here as she ever was in Martha Marcy May Marlene. No matter what one thinks of the film itself, the actress’ magnificence is never in doubt, and to call this the first great performance of 2012 would be a massive understatement.

Silent House is a vast improvement over the Uruguayan effort. It manages to get under the skin to a much greater degree and takes its main character to a far more unsettling place. It’s not entirely satisfying, and I do feel Kentis and Lau are so consumed with making sure audiences know what’s going on and don’t feel cheated by the final sequences that they come precariously close to spelling things out far too clearly. But this remake worked for me, even knowing going in what the final twists were going to be. Couple that with Olsen’s magnificent performance and we have a horror-thriller I think genre fans are almost certain to enjoy. 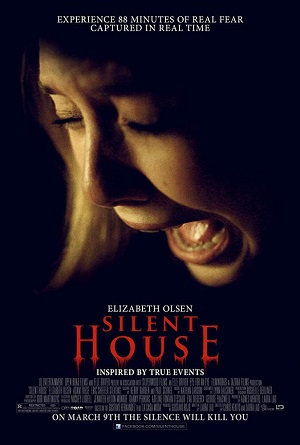