Simon (Brady Corbet) is lost. The twenty-something has retreated to Paris to try and get over the dissolution of a five-year relationship with his High School sweetheart, the facts behind its ending relatively murky. Unhappy and disillusioned, he walks into a brothel and subsequently comes into contact with the exotically beautiful Victoria (Mati Diop), the pair connecting on a level that goes way beyond the explicitly carnal nature of her profession.

I’m not going to say anything more as far as plot goes in regards to Simon Killer. The latest film from Afterschool director and Martha Marcy May Marlene producer Antonio Campos, the picture reunites him with that film’s enigmatic, psychotically damaged sort-of villain Corbet. The pair join forces with Diop to craft a loose, methodically composed character-driven noir where nothing is what it seems and impersonation is the greatest form of flattery. Darkly disturbing, the movie dives into the muck and mire of the Paris metropolitan underbelly with gutsy brio. It does not flinch. It does not waver. And, in the end, it does not make nice, sending the viewer out knowing they just watched something great even if they now feel the need to shower in case any of the grungy sewage inadvertently got stuck upon them while they were sitting in the theatre.

You could think of the movie as a cross between The Talented Mr. Ripley, Cruising, the books of Henry Miller and classic noirs like Kiss Me Deadly and He Walked By Night. It’s a modern tale with a timeless soul, the movie filled with the sexual instincts of a Bernardo Bertolucci melodrama but the hard-boiled esthetics of a Fritz Lang potboiler. It gets under your skin, inch by inch, moment by moment, insidiously planting itself inside the psyche like a predator ready to pounce on its prey, the final moments a shocking turn of events that are as surprising as they are toxically unsettling.

Corbet is outstanding, navigating the grossly pervy innards of his character’s wounded psyche in with complex precision. He’s an enigma looking to be made complete, a mirror in search of an image, and as such watching him craft his persona based on the reactions of those around him, most notably Victoria’s, is truly something to behold.

Diop matches him, the creative trio of Campos, Corbet and herself not forgetting to make Victoria just as vitally intriguing as Simon is. She is fiercely independent, decidedly feminine and showcases a carnivorous viciousness that goes well beyond what sits there on the surface. She matches wits with Corbet with self-assured abandon, the duality of her own nature one I was immediately drawn to from the very first second she enters the picture.

I will say that Campos does play things a little too close to the vest, and while I salute the fact they assume the audience is intelligent enough to put all the pieces together bits of this are so frustratingly ephemeral it likely takes multiple viewings to completely get what the director is attempting to say. It can all get a little structurally obtuse every now and then, and if not for the kinetic nature of the filmmaking (Joe Anderson’s cinematography is breathlessly exhilarating), I could foresee lazy viewers giving up on the picture long before it reaches its magnetically compelling conclusion.

Their loss, because for my part I’m still fascinated by everything that Simon Killer offered up for dissection, the movie a joy ride of passion, pathos, pain and paranoia the likes of which I adored. If Afterschool didn’t already make it apparent, this sophomore effort proves without a doubt that Campos is a talent of the first degree, and no matter what he does next I’ll be first in line to give a look opening day. 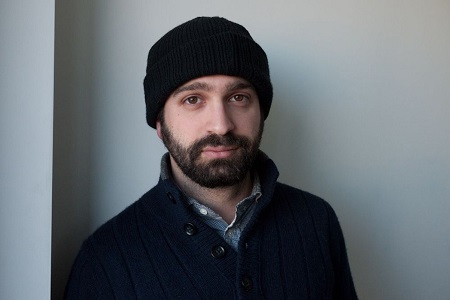 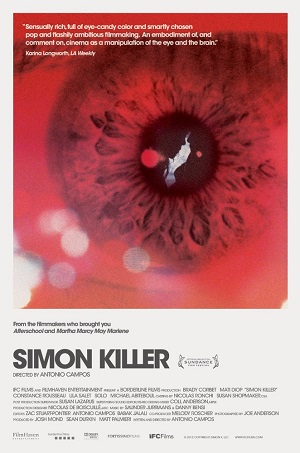