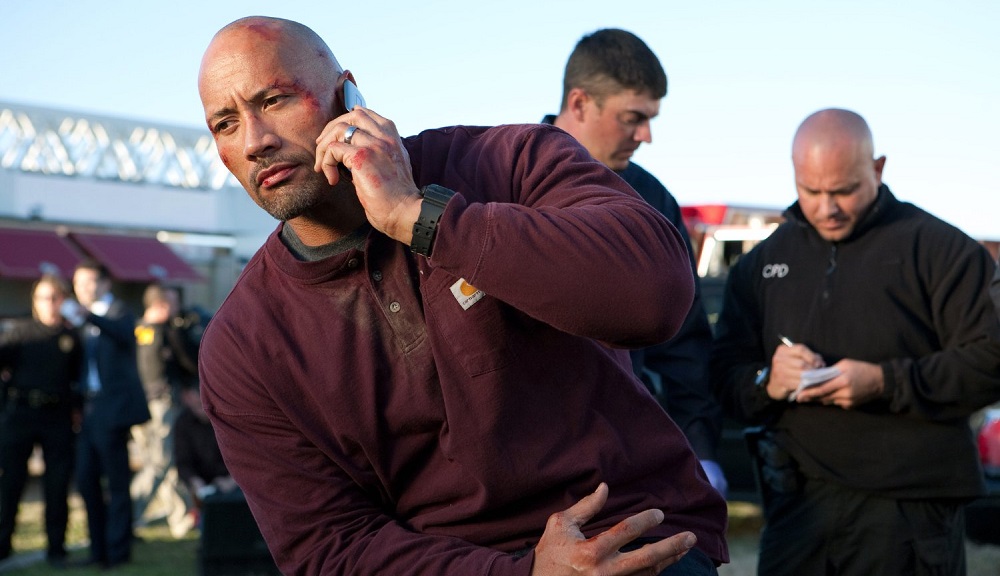 Character-Driven Snitch Worth Rooting For

Self-made businessman John Matthews’ (Dwayne Johnson) estranged son Jason Collins (Rafi Gavron) has made a terrible mistake. He signed for a package of illegal pills sent by his friend for safekeeping making him the target of DEA sting that ends up labeling him big time narcotics trafficker. Mandatory Minimum Laws do not allow for errors in judgment, they do not distinguish good kids who did something stupid from actual dealers who make a living selling product. All they do is send people to jail for a long, long time, so now this teenager with his whole future in front of him is about to have everything ruined in the blink of an eye. 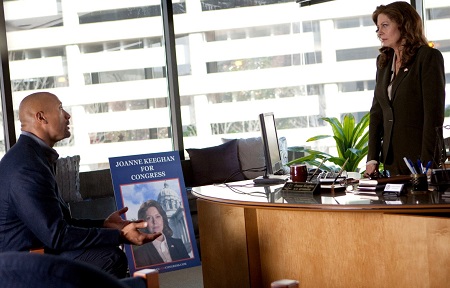 John feels at fault. Divorced from Jason’s mom Sylvie (Melina Kanakaredes) for years, he hasn’t been as big a part of the boy’s life as he has wanted to be, not let him know just how much he loves him and how proud he is of his son’s achievements. Knowing that Jason will not implicate his friends in any wrongdoing just to save his own skin, John takes it upon himself to find a way to get the teen out of prison, making a deal with U.S. Attorney Joanne Keeghan (Susan Sarandon) to go undercover in order to bring real, heavy-duty drug dealers to justice.

The filmmakers behind Snitch would like you to think the film is inspired by real events, using a “Nightline” piece discussing and analyzing those Mandatory Minimum Laws as cover. But the reality is that the movie follows a fairly routine and extremely familiar game plan. John tricks one of his ex-con employees, Daniel James (Jon Bernthal), to give him an introduction into the drug running world. The meet goes well, but the assigned job encounters complications the secretly undercover dad is able to overcome, impressing Mexican bigwig Juan Carlos “El Topo” Pintera (Benjamin Bratt) in the process. With visions of a major score clouding her judgment, Keeghan changes the rules of the game much to the consternation of the DEA Agent Cooper (Barry Pepper), putting John’s life in danger by doing so.

Not a lot that happens in co-writer Justin Haythe’s (Revolutionary Road) and director Ric Roman Waugh’s (Felon) script comes as a big surprise. John is in over his head but still remains committed to his cause even though he just as clearly doesn’t want to see his hesitant ally Daniel come to harm, determined to find a way out of his situation that keeps him alive, gets his son out of jail and appeases the narcissistic glory-hound Keeghan. There are few twists that shock and even less that aren’t anticipated, the melodramatic pieces fueling things threatening to destroy all the narrative components that they come into contact with seemingly at every turn.

Thankfully, the human drama at the core of things gets the job done. Haythe and Waugh put character first, making sure both John and Daniel are solidly three-dimensional and that secondary players Jason, Keeghan and Cooper, not to mention villains El Topo and fellow drug dealer Malik (a riveting Michael K. Williams), aren’t left on the sidelines looking for something interesting to do. Their stories are compelling. Better, things come together with pleasing fluidity, the sillier aspects of the scenario achieving a level of plausibility that’s suitably satisfying. 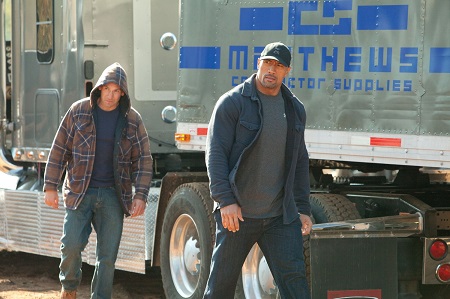 Yet, as good as all of this is, and it is pretty great, the elephant in the room is Johnson. Not because he gives a bad performance, he definitely does not, mining territories and depths he’s heretofore never explored before, but more because his physical presence and how he carries himself makes the actor unbelievable as the uncertain and unequipped John. The action star saunters through the frame like he’s the undisputed champion of the wrestling ring, so physically imposing it’s difficult not to believe he couldn’t handle the tough guys shuffling around him and his family with nothing less than a flick of the wrist. It’s hard not to wonder what might have been had the actor and his costar Bernthal, who is terrific, switched roles, an idea I can’t get out of my noggin no matter how hard I try.

Still, I respect the attempt, and here’s hoping that at some point Johnson will be able to learn how to carry himself in a way that will make all aspects of a performance easier to have faith in. Overall, while Haythe and Waugh have a message regarding drug laws they want to impart (not with anything approaching subtly) they still do it by constructing characters and situations easy to connect with. Snitch is hardly original but it does have style, it certainly has energy and it remembers to put story and character before the action, giving the audience a reason to be applauding and not just a wooden heroic mannequin to halfheartedly root for. 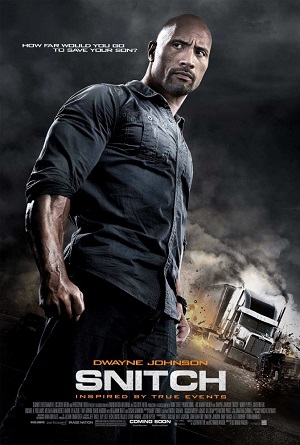