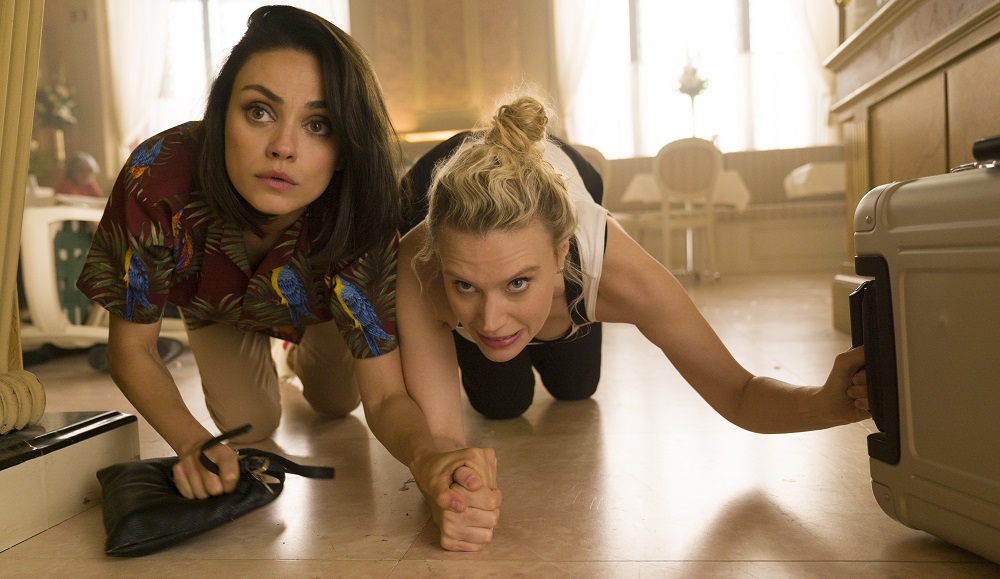 Goofy Spy Who Dumped Me an Enjoyably Humorous Lark

While at first grocery store clerk Audrey (Mila Kunis) believes her boyfriend Drew (Justin Theroux) dumped her over a text message for no apparent reason, turns out he’s secretly a covert CIA spy who was just trying to protect her from harm. Out of options, he is forced to ask his now ex-girlfriend for an unthinkable favor. Unable to accomplish the task for himself, Drew needs Audrey to carry a secret item to Vienna for him otherwise countless thousands could potentially die. While initially reticent, best friend and roommate Morgan (Kate McKinnon) convinces her to take a leap of faith and go on this unexpected adventure, agreeing to join her on the trip. 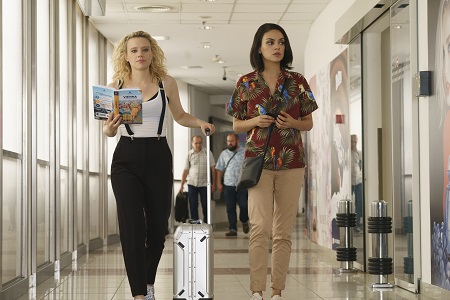 Soon the pair are bouncing around Europe avoiding Russian assassins, making the acquaintance of sexy British spy Sebastian (Sam Heughan), catching the ire of MI6 bureau chief Wendy (Gillian Anderson) and altogether getting into all kinds of mischief. Through it all Audrey and Morgan rely upon their friendship to get them through each and every perilous predicament, their bond the true secret weapon that might just prove these two unlikely women are the only ones willing to do whatever it takes to eventually save the day.

The Spy Who Dumped Me isn’t going to change the world. It’s a friendly, low-key throwback that’s far more reminiscent of a film like 1985’s Gotcha! than it is a certifiable fish-out-of-water action/comedy classic like 1984’s Romancing the Stone. Director and co-writer Susanna Fogel’s follow-up to 2014’s wondrous Life Partners is as messy as it elaborate, as disjointed as it amusing. As such, the filmmaker’s sophomore effort is wildly uneven and is never quite as entertaining as it continually felt like it was going to be, while at the same time providing just enough in the way of heart, laughs and excitement to make its shortcomings nowhere near as egregious as they otherwise might have been.

The reason for this can be summed up in the form of “Saturday Night Live” star and Ghostbusters scene-stealer McKinnon. While not at the top of her game or doing anything unexpected, she’s so fantastically endearing as Morgan I found I could not take my eyes off of her anytime she was up on the screen. The way she twists Fogel and co-writer David Iserson’s (“United States of Tara”) dialogue to suit her character’s needs is masterful, her ability to toss off a one-liner with such self-effacing ease a continual source of joy. It’s always a question what McKinnon is going to do next, and by the time she climbed to the top of a Cirque Du Soleil trapeze in full costumed regalia to conduct an aerial battle of wits and wiles with an angry assassin she had me giggling so boisterously I almost fell out of my theatre seat.

But the other key to the film’s success is the way in which Fogel presents Audrey and Morgan’s friendship. Much like she did so effortlessly in Life Partners, the director cuts away all of the cliché and stereotypical fat female relationships in most major Hollywood studio-produced motion pictures almost always rely upon. As silly and as convoluted as their adventure might be, their friendship remains authentic and pure no matter what. Even with the introduction of potential male love interests nothing gets between them. There is no third act hiccup, no forced situation that makes them reconsider their connection. Instead, even when disagreements occur Audrey and Morgan are true to one another through thick and thin, a stunning turn of events that’s far more radical and ambitious than I’m sure most casual viewers will comprehend let alone notice. 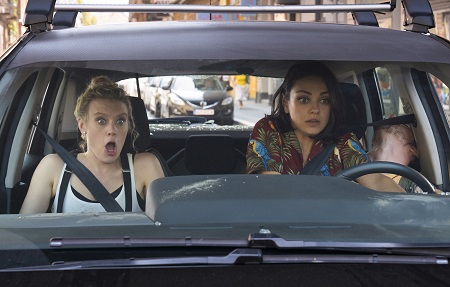 The central mystery is predictable nonsense, and even as intricate as the plot the two women are trying to foil becomes there was never a moment where I didn’t know what was going to happen or where things were going to go next. Additionally, Fogel has minor trouble sustaining forward momentum, and while I won’t say the film runs long there were certainly times where I began to squirm in my seat waiting for things to pick up speed. I also think the movie wastes its most intriguing villain, a former Russian gymnast turned assassin magnetically portrayed by newcomer Ivanna Sakhno, and whether by her own hand or via studio meddling the fierce chemistry the actress shares with McKinnon is never explored as fully as I can’t help but f eel like the director originally intended.

Be that as it may, I had a really wonderful time watching Fogel’s latest. Kunis is a strong heroine, her reactions to all of the carnage and violence happening around her, some of which she ends up being directly responsible for, frequently priceless. Anderson makes the most of her few scenes, while Heughan is the sexy, albeit gender-reversed piece of eye candy Bond films and their substandard knockoffs have been making hay out of for decades. Meanwhile, McKinnon steals scenes left and right making the type of impression that’s impossible to minimize, all of which allows The Spy Who Dumped Me to be a humorously enjoyable lark I got a gleeful kick out of. 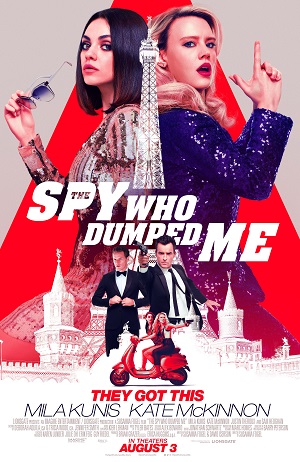