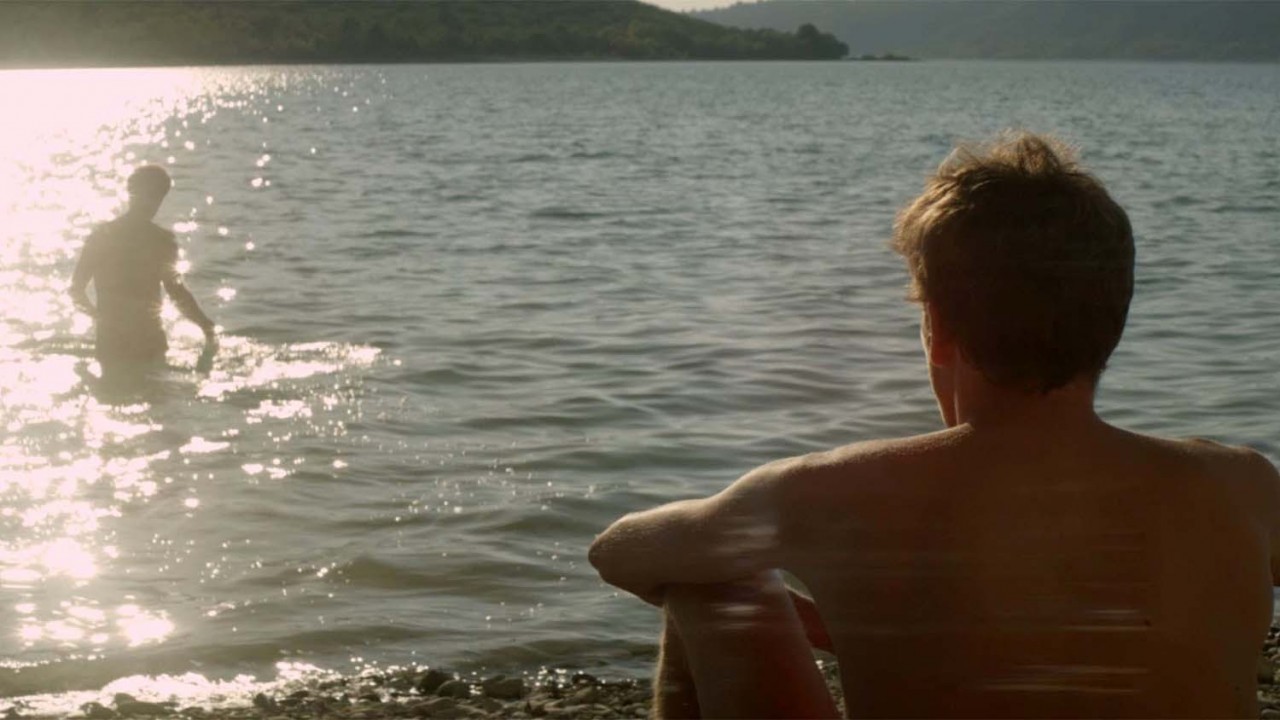 Frank (Pierre Deladonchamps) is a quiet man. He spends his summers at a secluded lake in rural France looking for brief sexual encounters with a variety of nameless, practically faceless men. One day he meets the dashingly sexy Michel (Christophe Paou), and while danger signs are present for whatever reason Frank chooses to ignore them.

What follows next is what makes Stranger by the Lake the absolutely magnetic piece of sexually-heightened murderous noir that it is, a killing coupled with the subsequent investigation slowly twisting Frank and Michel within the center of its serpentine noose. It is a steamy and pulse-pounding in all the ways that matter, the whole thing playing like some sort of dark, sweat-drenched amalgam of Double Indemnity, The Postman Always Rings Twice, Strangers on a Train, Blood Simple, Scandal and Weekend. 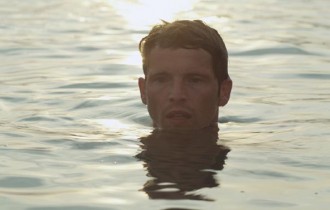 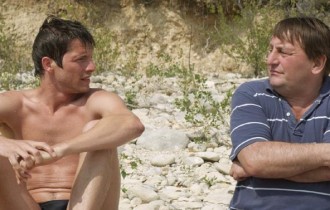 In other words, the film’s Best Director prize in the Un Certain Regard section at the 2013 Cannes Film Festival was hardly a fluke, veteran filmmaker Alain Guiraudie – this is the first of his features to receive a domestic theatrical release – delivering a stunning thriller that’s as complex as it is intelligent. It is an elegant, visually seductive enterprise unafraid to push boundaries while at the same time presenting a refreshingly matter-of-fact gay relationship devoid of pretense and absent any extra indulgences. The film lays itself bare and showcases things as they are, nothing more, certainly nothing less, doing so in ways that are consistently interesting keeping the plot’s most intimate pieces continually in focus.

Visually the film is a stunner. Cinematographer Claire Mathon’s camerawork is elegant, filled with dexterous bits of subterfuge keeping what’s going on always at the center of the frame but leaving the stuff on the edges noticeably nondescript and mysterious. Light plays with dark, black and grey intermingle, all of it wafting across the screen in gently flowing waves mirroring the currents pulsating across the surface of the lake itself.

That lake is in many ways key to what is going on. Guiraudie makes it a character in and of itself, having traits it wants to keep close to its vest and hidden while at the same time deftly seducing the viewer in much the same way it is casting a spell over the random groups of a lovers wandering around its banks. It is both victim and perpetrator, taking blame and casting guilt while protesting innocence all at the same time.

The two stars are excellent, laying themselves bare both physically and metaphorically. Their lust-filled connection to one another is instantaneous and palpable, neither Deladonchamps nor Paou shying away for a single instant. They are the kinetic, driving force bringing everything home, and without their full commitment to their roles and to the story being told it’s doubtful any of this would be near as successful as it ultimately is.

Guiraudie’s script isn’t entirely perfect, the climactic bits, as intriguing as they are, don’t quite come off as well as I feel like they are intended to. The role of the Poirot-like inspector (a bemused Jérôme Chappatte) doesn’t bear as much fruit as I’d have liked it to, while pieces of the puzzle aren’t near as cryptic as I think the writer/director intends them to be.

But the movie is still nothing short of enthralling for the majority of its running time, and I loved how unabashedly old fashioned this noir is while also presenting characters and situations that feel precisely of the here and now. Guiraudie, a filmmaker I have been unfamiliar with until now, instantly becomes a talent I’m eager to see more from, Stranger by the Lake as gloriously bewitching an introduction as anything I could ever have hoped for. 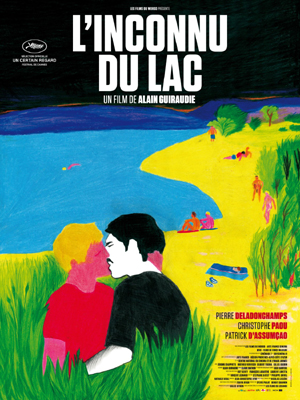