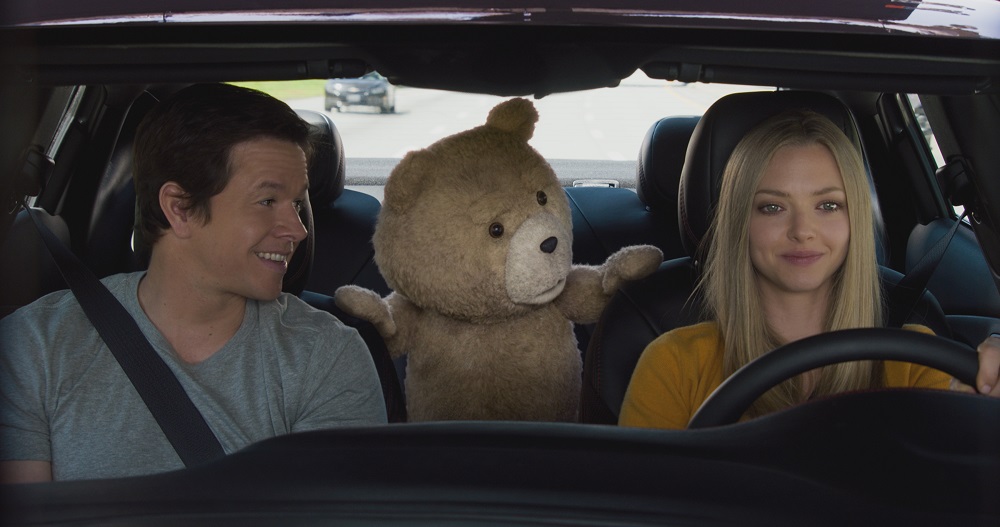 Ted 2 an Inelegant Sequel and a Worse Satire

Getting this out of the way up front, I was not a fan of the foul-mothed, talking teddy bear comedy Ted. While a gigantic box office hit, for my part Seth MacFarlane’s leap from TV’s “The Family Guy” to big budget Hollywood filmmaking left me cold. Granted, I could say the exact same thing about that long-running animated bit of television silliness as well, something about the tone, style and slapdash nature of the humor doing nothing to tickle my funny bone.

All of which probably makes me the wrong person to review Ted 2. Simply put, I did not care for the film. It’s too fractured, too skit-oriented, too amused with itself to worry about telling a cohesive story where three-dimensional characters are developed and genuine emotions are crafted. It takes almost a full half an hour before the actual main plot kicks in, even longer for it to reach the preordained conclusion, in-between a frenetic hodgepodge of attempts at coal-black satirical comedy filled with my more misses than hits.

Not that I did not laugh. MacFarlane is too talented to not have some of his gags connect. There are a handful of verbal witticisms and creatively out of left field sight gags that tickled me sideways, while returning star Mark Wahlberg continues to showcase a genial, go-for-broke willingness for buffoonery that’s commendable. But as well-intentioned as the filmmaker might be, his central conceits regarding fairness, personhood, sexuality, gender and civil rights are more tone deaf than they are enlightening, what they say about the modern human condition far too obvious and much too ignoble to suit my personal taste buds.

This time around, teddy bear Ted (MacFarlane) has married fellow grocery store clerk and love of his life Tami-Lynn (Jessica Barth). A year into their marriage, they decide to have a child. As he can’t procreate and she’s unable to conceive, the pair makes the decision to adopt. But when they try, the Massachusetts government refuses to recognize the pair’s nuptials as legitimate. More than that, they don’t even consider Ted to be a lifeform, let alone human, listing him as nothing less than “property.”

What follows, and it takes some time to get there, is Ted’s fight to be recognized as human, best friend John (Wahlberg) at his side every step of the way. Enlisting the help of attorney Samantha L. Jackson (Amanda Seyfried), the sentient stuffed animal heads to court, certain a jury will grant him protections under the law once they hear his story and view him for themselves. Yet, unbeknownst to Ted, John, Sam and Tami-Lynn, the brokenhearted Donny (Giovanni Ribisi) has returned to make their lives as complicated as he can, clandestinely teaming with a Hasbro executive (John Carroll Lynch) to sabotage the case and keep the teddy bear listed as property.

Unlike Get Hard, which went to some pretty horrible comedic places mainly because it could and not because it was trying to make a larger contextual point thus offending without greater purpose, MacFarlane is actually attempting to do something with his satirical jabs. Problem is, the majority of the gags just don’t connect. More than that, he’s only conceived about 20, maybe 30 minutes of actual story material and then added another 90 minutes of disconnected, absurdly chaotic filler, not so much because it is needed but more because he can. 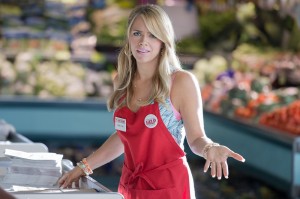 Finally, while I get where he is going in regards to hot button topics like gay marriage, race relations and gender equality, and while I fully embrace his rights as satirist and a comedian to push things as far as he can, I’m just not going to sit here and say I’m entirely comfortable with a few of his choices, his utilization of the 1857Dred Scott Supreme Court decision and a couple of gags involving a gay couple (Patrick Warburton, Michael Dorn) at New York ComicCon particularly so. There is a point where too far actually is too far, and while I was never angry at the film like I was at the aforementioned Will Ferrell/Kevin Hart comedy that doesn’t mean I still wasn’t squirming in my seat. MacFarlane makes his points bluntly, with brute force, his inelegance as it pertains to prescient satire sadly disappointing.

Then again, maybe I’m just not the right person to be talking about this film. I’ve got a fairly long history of not responding to comedies like this, Ted 2 just the latest ribald, R-rated joke-a-second farce I’ve shown an inability to stomach. Same time, a good movie, one that uses these gags in a way that feels fresh and exciting, one that capitalizes on its fearlessness in ways that transcend the offense of individual, borderline ugly bits, those I have long applauded, celebrated and fought for with every bit of breath at my disposal. MacFarlane’s sequel just doesn’t deserve to be given that kind of recognition or respect, and whether I’m typically partial to comedies like this one or no on that point I’m not about to budge one single solitary bit. 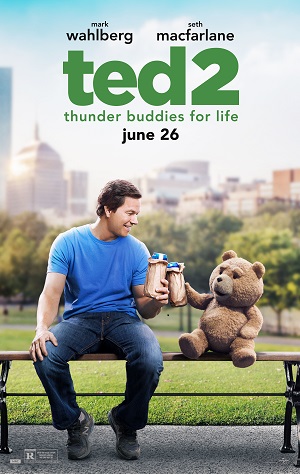