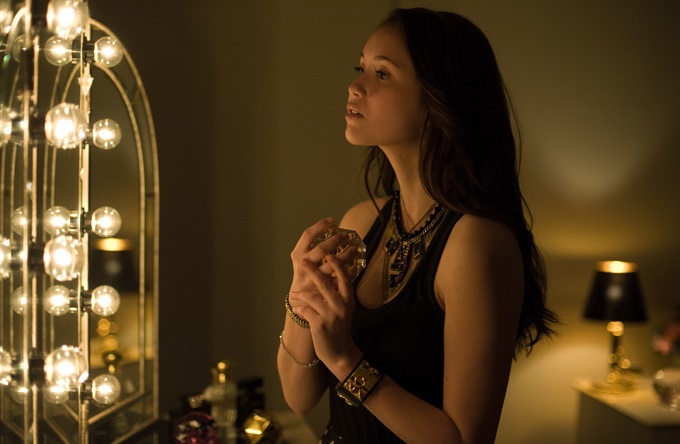 Having watched it a couple of times now, I’m more comfortable in my assessment of Sofia Coppola’s The Bling Ring as being a worthwhile examination of an empty generation reveling in excess with nothing of substance to show for it than I ever was originally. The movie is a glossy exposé made, photographed, shot and acted in the style of the story it’s telling, its characters purposefully stuck firmly at arm’s length leaving both them and their actions as enigmatic and as ephemeral as an empty-headed Barbie Doll sitting on a store shelf.

One of the things I did love on first viewing, and continue to find terrific, is the performance of newcomer Katie Chang. Playing the erstwhile ringleader of a suburban group of Los Angeles teenagers who would nonchalantly wander into the homes of, and subsequently rob, gossip rag celebrities like Paris Hilton, Lindsay Lohan, Orlando Bloom, Rachel Bilson and Audrina Patridge, the young actress is excellent, disappearing into the thin, superficial veneer of her supercilious character with ease.

I got the opportunity to speak with Change a few days before the film’s Blu-ray and DVD release as she was killing time between classes. Here are some of the highlights from that all-too-brief conversation:

Sara Michelle Fetters: You premiered the film in Cannes. You subsequently got to go on a whirlwind tour around the globe, including a stop here in Seattle for the Seattle International Film Festival. Now Lionsgate is pulling out all the stops for the film’s Blu-ray and DVD release. For what is essentially your first feature, this experience has to have been something else.

Katie Chang: Definitely. I’ve never had anything in my life like this to compare it to, so the experience was pretty overwhelming. But also exciting, because from what I can tell the movie was pretty well received and it’s fun to hear people say they liked your work. It’s been great.

Sara Michelle Fetters: Did you know anything about the real story before you got involved with the film?

Katie Chang: I had heard about it when it was happening. I guess I was in 8th Grade, maybe a Freshman in high school, when all of this had happened, so I had an idea of what had happened even if I didn’t know a lot of details; stuff about kids breaking into Paris Hilton’s house and stealing her clothes. But I was really able to learn about the case and study it after I read Sofia’s script. It was then that I started to understand what exactly had happened and who these kids saw themselves as being.

Sara Michelle Fetters: What was that like, the process of looking at the script and analyzing it against the true story itself?

Katie Chang: It was very interesting. Reading the script you can definitely see where Sofia was paralleling the real story and how she was touching on that, and at the same time you can tell it’s fully her voice, her style and her story. But for the most part she stayed true the chronological nature of the true story and how it happened.

Which, if you think about, is interesting, because her last film, Somewhere, wasn’t chronological at all, and she typically likes to play with time and do things in a nonlinear, more cinematic way in her films, like with Marie Antoinette. She really took a documentary like approach to this. I think you can see her progression as a filmmaker with this film with I think is kind of exciting because you get an idea of just how talented and versatile Sofia is as a writer and a director. 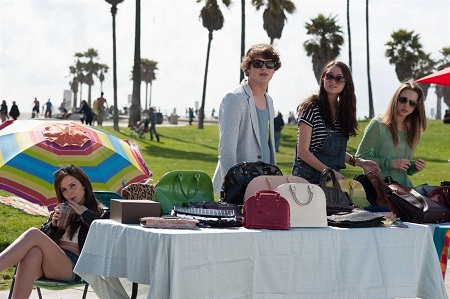 Sara Michelle Fetters: What did you think of the reaction to the films, especially those that claimed the film was as vacuous and/or as empty as the characters it was depicting? For my part, I thought that was the point, that this was a stylistic choice on Coppola’s part in order to get into the mindset of these kids and make some sort of sense of their actions, while at the same time commenting on the state of youth culture today.

Katie Chang: I think that with all of Sofia’s films you’re going to get a very polarized reaction. She’s a polarizing filmmaker. Her films promote a really strong reaction from the viewer, which I think is a good thing, so I wasn’t all that surprised by the fact that some people really loved it the film while other people not so much. But I do think that’s a good assessment. More, it made me really happy [those reactions], because that means the movie had started a dialogue. Listening to all the reactions, whether positive or negative, it made me think about the movie in different ways than I had even when I was making it. I think that’s pretty great.

Sara Michelle Fetters: Had to be surreal. Not only are you in this movie directed by Sofia Coppola born out of current events and based on a fairly famous case, but you’re sitting there next to Emma Watson, you’re sitting there next to Leslie Mann. But when the notices and reviews start rolling in you keep getting singled out for your performance again and again. Was that surprising?

Katie Chang: It was. Surprising and surreal. Yes. Just to be a part of it [the film] was surreal. To be acting alongside Emma Watson or being close to people like Sofia, people who have been incredibly successful in their careers and talents I have respected for quite some time. Then having people single me out for my own performance? That’s really exciting and surreal as well.

But when I think about it, about making the film, while I appreciate that people like my performance, this was truly an ensemble and I don’t think we could have done what we did without the hard work of everyone involved. My performance was completely aided by the performances of the other [actors]. I think people are only able to like and respond to what I did because everyone else was also giving their best. Overall it was just a great experience and I’m glad people respond so positively do what it was we were doing.

Sara Michelle Fetters: With that in mind, did you spend a lot of time with costar Israel Broussard? It really felt like you two made a genuine connection. Was the chemistry hard to come by? Or was it something that just happened naturally?

Katie Chang: Israel is so good in the movie. I’m so proud of him. But to answer your question, it wasn’t difficult for us to create that connection. We spent so much time together. When you meet the kid, he’s just the very definition of a southern gentleman. So sweet. So kind. Creating a genuine friendship with him wasn’t difficult at all.

What was more difficult was having to demean him. Doing those scenes were really hard because I liked Israel so much! Having to turn on him like that, being so mean to him, I initially found those scenes difficult because we’d became such great friends.

Sara Michelle Fetters: What do you take with you from the experience of making this film now that you move forward in your career?

Katie Chang: You do a lot of press for each film that you make, and so you end up talking about film so much because of that, and so I feel like I’ve learned so much from making The Bling Ring that is going to help me in my career as I move forward. So much of it was overwhelming and weird. I was getting pulled out of school all the time to do press. We were going all over the world. I was traveling like I never had before. 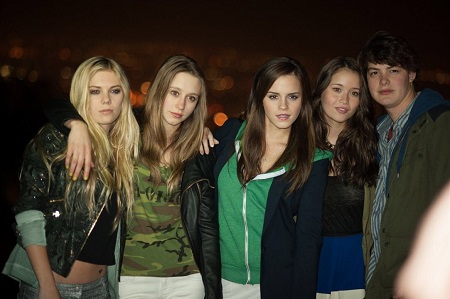 I was lucky because I was getting the chance to talk about a film I genuinely enjoyed making. If anything, I’ll take away from this process that I’ve learned to try and choose projects not because of money or because they’ll forward some sort of personal agenda but instead because they’re stories you really believe in. I think that’s what’s most important.

Sara Michelle Fetters: Now that this movie is available on Blu-ray and DVD, now that audiences are going to have the chance to analyze it to death and nitpick every moment, what do you want them to take away from it? What do you hope they’re talking about?

Katie Chang: My English teacher from this past semester tends to say that plays and scripts attempt to hold a mirror up to ourselves and that’s what Shakespeare attempted to do with his works; wanted to reflect back a part of our world that maybe we didn’t see or were conscious of. With this film, I think it’s the same thing. It holds a mirror up to a side of our culture that is too obsessed with celebrity, fame and image, that is too skewed towards putting people on pedestals who shouldn’t be put on pedestals in the first place. I hope they enjoy the film, of course, but I also hope it makes them think about things like that. Now that they can watch it on DVD they can pause the film, replay certain scenes and really think about what it was we were trying to do and say. Whenever I watch it I find something different. I hope they do, too. 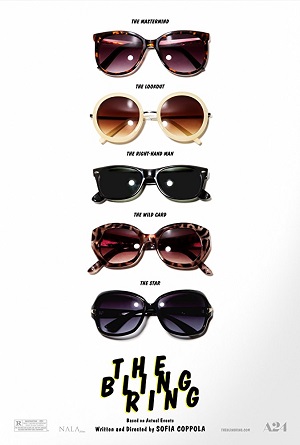