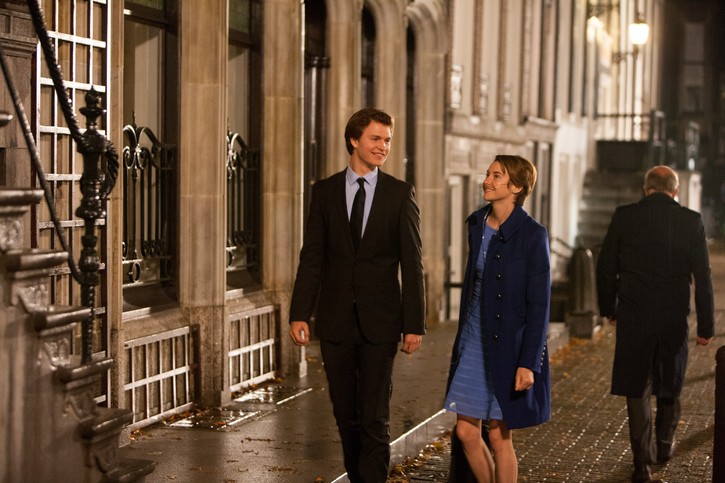 I freely admit to not expecting to like The Fault in Our Stars, the movie adaptation of author John Green’s best-selling novel chronicling a love story between two teenagers dealing with potentially terminal cancer. For one thing, the book is marvelous, the writer somehow manufacturing a tale that is funny, insightful and more often than not an outright delight all in the midst of unimaginable emotional tragedy that just the thought of breaks one’s heart in two.

For another, this is the type of story that could easily, and usually does, fall into the realm of heavy-handed melodrama, and while some can overcome that stigma (Love Story comes to mind) so many others (Dying Young and The Notebook are just two of many) fall into a pit of mediocrity so abhorrent just thinking about it makes me shudder in outright terror.

With that in mind, I didn’t just like director Josh Boone’s take on The Fault in Our Stars, I pretty much loved it. Working from a fresh, vital and delicately alive script from Scott Neustadter and Michael H. Weber (The Spectacular Now), the movie somehow manages to retain the fresh-faced ebullience of Green’s source material, never flinching from the darker, more tragic aspects of the story being told yet doing so with a somber, almost hopeful eloquence that cannot help but be touching. In point of fact, it is the best cinematic exploration of a piece of real world young adult fiction transposed to the big screen since The Perks of Being a Wallflower was released just two short years ago, and considering how extreme my adoration for that film is that’s not a statement I make lightly. 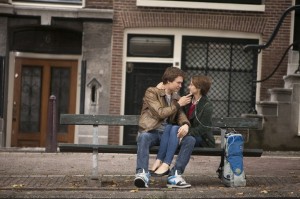 Not that I’d place the two motion pictures side by side in every way. As great as Boone’s effort is it doesn’t reach the same level of perfection writer/director Stephen Chbosky’s glorious debut did back in September of 2012. This one doesn’t always rise entirely above the melodrama, doesn’t entirely escape the emotionally-derivative traps hidden along its path to a tear-fueled climax. There are a handful of clichés it can’t quite overcome, and while the director and his team avoid disaster that doesn’t make the minor missteps they encounter entirely invisible, either.

Things revolve around teenager Hazel Grace Lancaster (Shailene Woodley). She’s funny, smart, outgoing and beautiful. At 16, she should have her whole life in front of her. Problem is, she’s got cancer, and it’s looking like it’s going to be incurable, and if she does continue to live she’ll do so hooked up to a respirator as her lungs aren’t strong enough to carry her along step-for-step for a single minute let alone for an entire day.

Everything changes when she meets Augustus Waters (Ansel Elgort). He survived his own cancer scare, losing a bit of his left leg during the battle. Now he looks at the world as if each moment is a gift to be savored, carrying a pack of cigarettes around with him never lighting a one because he refuses to allow anything that could kill to have even a modicum of power over him. The two teens hit it off immediately, each connecting to the other in ways they never thought possible let alone allowed themselves to believe that, if it did happen, might in fact have the potential to last.

You know where this is going. Heck, the movie says as much right at the start, its two protagonists fully realistic to the fact both of them have been dealing with cancer, each likely to die from it sooner rather than later. Thing is, the filmmakers never dwell on the tragedy, never revel in the pain and pathos, allowing fully realized characterizations to come to life instead of one-dimensional cardboard cutouts impossible to care about let alone relate to.

Yet, much like the book, they do not run from it. This is a story about kids looking at what potentially could be their final days on the planet. How do they deal with that? How do they relate with one another? Their parents? Where does light and levity come from? How about heartbreak? Is tragedy actually tragedy when you know it is more than likely right around the corner? These items and more Boone and the screenwriters attack with exquisite relish, finding the light and the levity inside the terror and the pain in the process making all of it feel far more real and emotionally complex in the process.

Woodley is the real deal. As great as she was in The Descendants, as wonderful a job as she did in The Spectacular Now, as much as she carried the otherwise forgettable Divergent to the finish line (which, coincidentally, also stared Elgort), she proves without a shadow of doubt just how deep her talents run with her performance. She shimmers in indescribable incandescence, lighting up every moment and every scene in ways that are constantly compelling. She has a natural ability to convey a multitude of feelings in the subtlest of fashion, allowing for Hazel Grace to leap of the page and onto the screen with convincing multifaceted brio that took my breath away. 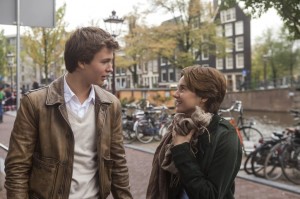 The rest of the cast is almost equally as wonderful, Laura Dern in particular as Hazel’s triumphant mother Frannie, her adoration and concern for her daughter only outdone by her stunning, unfathomable ability to allow her child to live her life on her own terms instead of falling to pieces wallowing in mournful sorrow. Willem Dafoe has some nice moments as an irascible writer living in Amsterdam both kids are obsessed with, while “True Blood” heartthrob Sam Trammell makes the most of his scenes as our heroine’s father especially during his conversations with Elgort.

The turns the story takes towards the end are as contrived here as they were in Green’s source material, but where the author could color over things with some sensational writing and beautifully internalized character work only prose can explore Boone and his team are at something of a minor loss trying to translate it to the screen. The revelations that happen, the territories that are covered, none of it feels nearly as authentic at the climax as it did through the initial two-thirds, the inherent power of the final moments dulled, if only somewhat, because of this.

Even so, The Fault in Our Stars is an eye-opener. Boone does a masterful job most of the way through, everything anchored by a performance from Woodley that’s as terrific as any I’m likely to see delivered in all of 2014. Yet it is Green’s central story that remains the true highlight, the author’s insights and feelings for the characters he created and the world he placed them in to inhabit undeniable. What could have been, maybe should have been, a treacle-filled, overdramatic disaster instead becomes of the year’s most blissfully moving success stories. Make no mistake; this is a great film, one I personally cannot wait to see again. 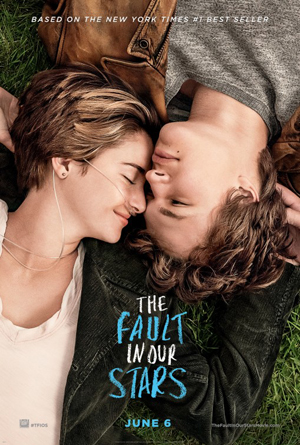