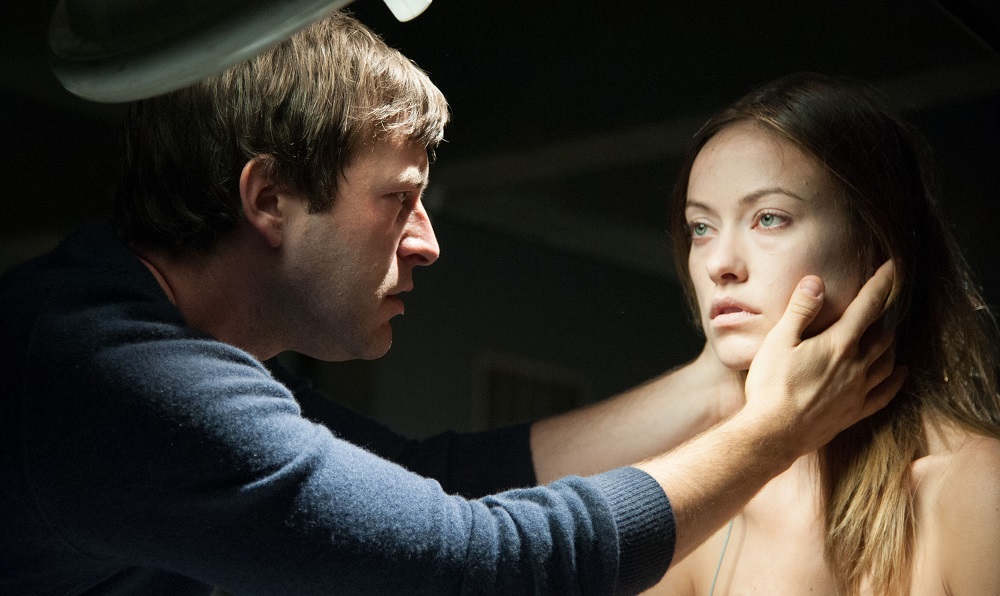 Scientists Frank (Mark Duplass) and Zoe (Olivia Wilde) are on the verge of a major discovery. They’re attempting to find a way to stimulate the brain after death, not so much bringing people back from Heaven’s door as wanting to give doctor’s a bigger window of opportunity when attempting to resurrect those on the verge of giving up the ghost. They don’t want to play God but just as much they don’t have anything against good old Dr. Frankenstein, and while no one wants to build their own monster they’re not above teaching some dead dogs a few new tricks.

But when their project is stolen right out from under them by an unscrupulous pharmaceutical company, Frank, Zoe and the rest of their team – computer specialist Niko (Donald Glover), biologist Clay (Evan Peters) and videographer Eva (Sarah Bolger) – feel they must recreate their latest success in order to secure the discovery as their own. The initial idea is to once again use their mysterious compound on another canine only things don’t go as planned. Frank finds himself forced to make an unspeakable decision, Zoe’s life, potentially even her immortal soul, hanging in the balance as he figures out what to do. 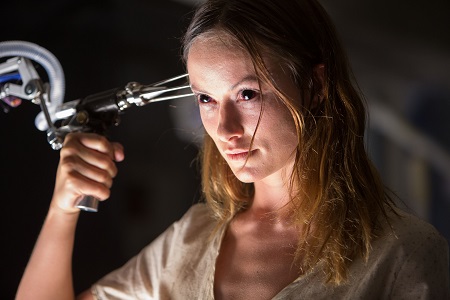 The Lazarus Effect is your typical horror enterprise about very, very smart people doing very, very stupid things, the film a convoluted hodgepodge of Frankenstein, Lucy, Limitless, A Nightmare on Elm Street and Re-Animator, a whole fleet of additional B-grade shockers thrown into the mixture for good measure. Director David Gelb, a long way from his award-winning documentary Jiro Dreams of Sushi, and screenwriters Luke Dawson (Shutter) and Jeremy Slater (the forthcoming Fantastic Four reboot) have cobbled together a lean, mean and highly unoriginal shocker, and while they’ve assembled a stellar cast sadly they’ve also given them precious little of interest to do.

In fairness, that cast is a good one. Gelb has brought together a solid group of veterans and newcomers, all of whom manage, at least during the initial sequences, to work together nicely. They make a believable team, Duplass the eccentric genius and Wilde his nurturing voice of reason trying to keep him from overstepping any moral boundaries that he and the rest of their group encounter as they progress. As for Glover, Peters and Bolger, all have some nice little moments throughout, the latter two actors especially.

Movies like this are inherently built on characters doing ill-advised things; it just goes with the genre territory. In this case, however, Dawson and Slater just keep taking things a step too far until they leap face-first off a cliff the height of Mr. Everest. Frank makes bad decision after bad decision after bad decision, his team blindly following him to doom as if they were lemmings excited about being slaughtered. By the time their fabled serum gets used on an actual human being, at the moment Hell comes visiting and everyone suddenly understands just how bad a situation they’ve all managed to create for themselves truly is, I’d lost interest. I simply didn’t care any more about who lived, who died or who would fully comprehend what playing God has wrought, the movie a waste of 80 minutes that even a genre fanatic much like myselfwould be hard-pressed to enjoy.

I feel worst for Wilde. She’s the best thing in the whole film, Zoe full of complex layers and shadings making her inherently interesting right from the start. But at a certain point she is forced to transform into some weird, ungainly Carrie White meets Freddy Krueger meets William Weir meets Regan MacNeil hybrid, getting all bug-eyed and hyperactive more because it’s what the filmmakers want the character to do and not because it makes any sort of practical, if still unsettling, sense. Wilde is left out to dry, and if the movie invested itself in her as much as she does in it I doubt I’d be as close to disappointed in the finished product as I ultimately am.

And I am disappointed. The Lazarus Effect has all the makings of being a fun little B-thriller. It’s elegantly shot by Michael Fimognari (Oculus), eerily scored by Sarah Schachner (Remains) and crisply edited by Michael N. Knue (The Ring Two), and while Gelb is far fonder of jump-scares than he should be he still keeps the pace suitably fast and furious which allows for at least some semblance of tension to seep in occasionally. But the film is just so unrelentingly dumb, everything building to a final sequence that’s more like a slap in the face than it is anything pleasurable (or for that matter scary). It’s bad, not in a good way, and it’s likely Mary Shelley is rolling in her grave upset her celebrated writings have once again inspired something as unforgivably bland as this. 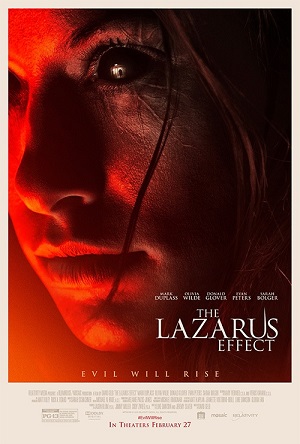