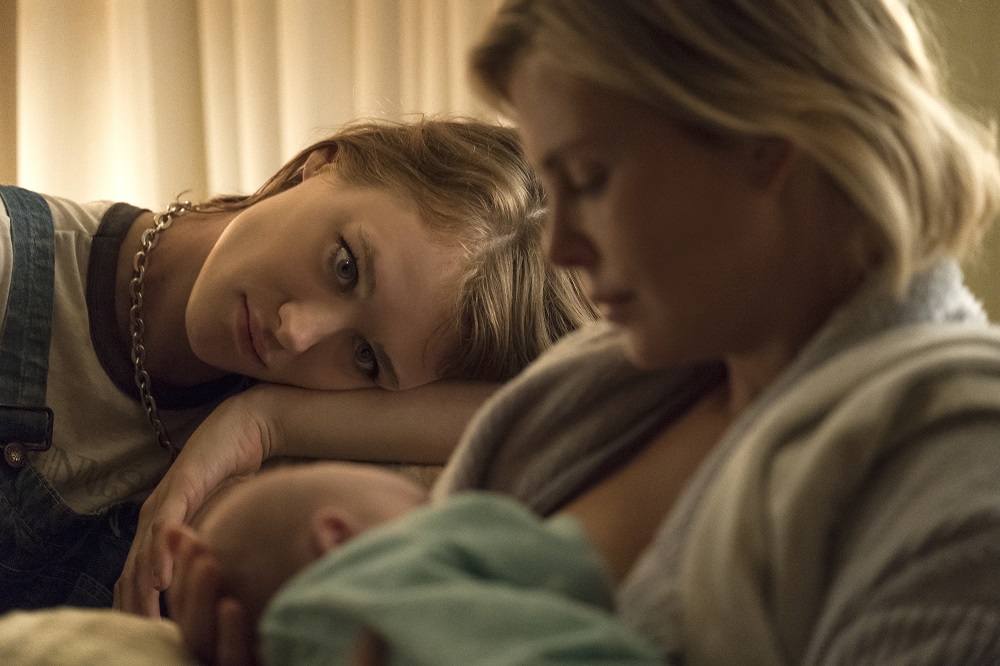 Reuniting for the first time since 2011’s emotionally eviscerating Young Adult, director Jason Reitman, writer Diablo Cody and producer/star Charlize Theron’s funny, charming and in the end devastating chronicle of aging and motherhood Tully is never the movie I expected it to be. Moving in a variety of clever ways, what starts out as some sort of twee chronicle of a working mom with two kids and an unexpected third little one on the way who finds herself revitalized thanks to the pixie magic effervescence of a night nanny sent to give her a hand suddenly becomes something far more profound and meaningful. It makes this transition with a deft ingenuity that is as unforced as it is sublime, the story’s final twists packing such a staggering wallop I found myself exiting the theatre in something akin to a state of total awe. 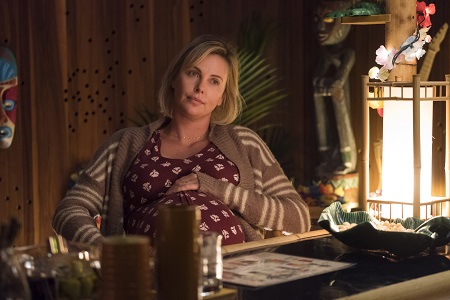 Days away from having her third, and entirely unplanned child, Marlo (Theron) is hanging on by a thread. While her eldest daughter Sarah (Lia Frankland) is as precocious and as inquisitive as they come, kindergartner Jonah (Asher Miles Fallica) might have special needs as he frequently disrupts class and needs his skin “brushed” every morning before he can come downstairs for breakfast. Marlo’s husband Drew (Ron Livingston) means well, and he knows his wife is struggling, but his job frequently sends him out of town on business, and while he’s happy to help the kids with their homework when he is at home, all other facets of parenthood sometimes seem beyond his capabilities.

All of which makes the arrival of an infant daughter into this craziness all the more difficult for Marlo. While at first she makes the attempt to keep doing what she’s always done in a valiant attempt to maintain the status quo, after a impromptu screaming session directed at her son’s elementary school principal in exhausted anger is intermixed with a handful of additional sleep-deprived calamities she decides to make a change. Marlo takes up her wealthy younger brother Craig’s (Mark Duplass) offer to provide her with a night nanny, a young woman who will look after her newborn baby from dusk to dawn so she can get can finally get some rest.

This is pretty straightforward stuff, and when the energetic, ebulliently cheerful Tully (Mackenzie Davis) knocks on Marlo’s door I immediately got the feeling this was going to be one of those movies where a younger woman helps her older doppelganger reconnect with her past while opening her eyes to the wondrous realities her life currently overflows with. But Cody, Reitman and Theron are playing their cards close to the vest, and soon it becomes apparent all three of them are intent on digging much deeper into topics relating to aging, motherhood and marriage than initially meet the eye. It is a movie that builds to a shattering climax that brought a cascade of tears to my eyes, Marlo’s destination as cathartic, and as gut-wrenching, as any I could have imagined it would be before the film began.

The trick is that Cody’s script is upfront with how it deals with so many of life’s uglier realities. There are no punches pulled. There aren’t any issues that are swept under the rug. This is life in all its complicated, hardscrabble anxiety, a place where dreams of youth give way to the weary overweight realties of adulthood and where parents strive to do the right thing by their children even if they’re never entirely certain what that is supposed to be. It is a place where families whither in silence, not for lack of love, but because of the absence of communication, complacency transforming into the norm as everyone silently goes through the motions not realizing just how difficult each hour of each day has slowly become.

Reitman doesn’t embellish. He allows Cody’s screenplay and Theron’s withered, fearlessly unfettered magnificence to do all of the heavy lifting. After the uneven, if still entertaining, melodramatics of Labor Day and the unfocused, frustrating mediocrity of Men, Women & Children, Reitman is back in top form, and much like Juno, Up in the Air and Young Adult the unflinching candor of this story is a thing of absolute beauty. While moments of joyous humor abound, it is the merciless manner in which emotional maelstroms grow in strength and ferocity that makes this motion picture so special, the naturalistic progression of all that transpires wondrous.

But it is Theron who makes this movie soar. As great as she was in recent efforts like Atomic Blonde and Gringo, this is the Oscar-winning actress reminding us all just the sort of titanic, multifaceted powerhouse she truly is. There is a weary physicality to her performance that held me spellbound, and much like her justifiably lauded turns in features like Monster, North Country, Young Adult and Mad Max: Fury Road proved to be, her work here as Marlo is a showcase of poetic post-partum eloquence that’s nothing short of perfect. 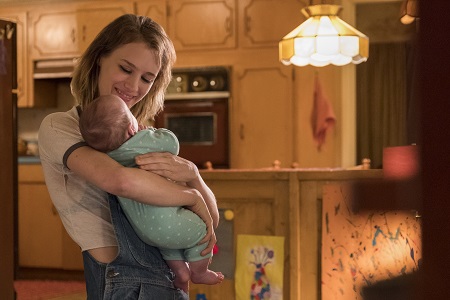 It did take me a little while to get swept inside everything Reitman and Cody were trying to say, and as excellent as Davis proves to be, it admittedly took me a moment to warm up to her character, Tully’s starry-eyed positivity coming perilously close to becoming grating, especially early on. But it soon becomes apparent that the filmmaking team is playing fast and loose with convention, throwing curveball after curveball as the relationship between Tully and Marlo becomes more and more symbiotic as they inch closer to one another. There’s something going on that catapulted me to the edge of my seat as I attempted to put the pieces of this metaphorical puzzle together, and while the resultant twists aren’t entirely shocking, their inherent power to amaze is undeniably overwhelming.

I’m not sure what audiences will ultimately think of Tully. The way the final section plays out, even if it isn’t unexpected the reveal, when it comes, is still a major punch in the gut. Additionally, while things are certainly different for Marlo, much like life there is no guarantee the realizations she has made about her marriage and her family are going to end up sticking. Yet all of this is why Reitman and company’s latest dramatic opus is such a phenomenal tour de force, its eventual magnificence grounded in a tactile understanding of the byzantine human conundrums that make life the miraculously demanding marvel it stubbornly cannot help but be. 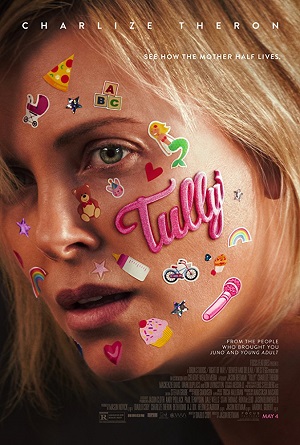