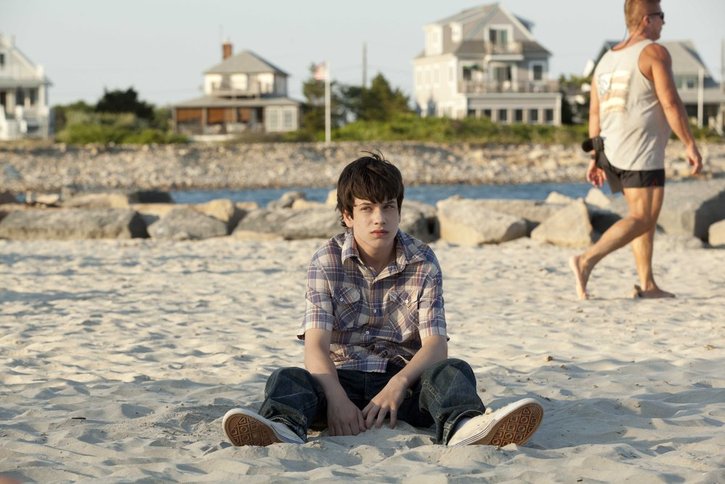 The Way, Way Back is proof not all great movies have to feature the most original of ideas, concepts or narratives. Nothing here is new: 14-year-old Duncan (Liam James) is forced by his mother Pam (Toni Collette) to spend the summer with her boyfriend Trent (Steve Carell) at his beach house alongside his 17-year-old daughter Steph (Zoe Levin). Not fitting in, developing a crush on Steph’s best friend (and his new next door neighbor) Susanna (AnnaSophia Robb), the introverted teen retreats to the local water park, inadvertently making friends with the manager Owen (Sam Rockwell) who takes a leap of faith and gives the boy a job. As the summer progresses, Duncan discovers a newfound  inner confidence and resilience, looking forward to the future in ways he can hardly comprehend. 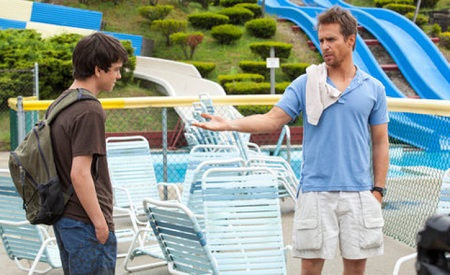 In other words, we’ve seen this before. Numerous times. Again and again and again. From the time Andy Hardy first met Betsy, to Rudy learning to live life to its fullest from his motor-mouthed camp counselor Tripper, a teen coming into his own during the hottest months of the year is a cinematic chestnut bordering on timeless. Heck, just this year we’ve already had The Kings of Summer tromping into the woods building a home of their own, while the somewhat similarly themed The Spectacular Now (admittedly not set during the summer, but that’s a relatively minor detail) is set to hit theatres in a little more than a month.

Yet, here’s the thing, even though it’s hardly original, even though writers Nat Faxon and Jim Rash, Oscar winners for The Descendants, both making their directorial debuts, have a crafted a script with few shocks, surprises or twists, the movie is a heartfelt emotionally honest stunner nonetheless. These characters are real, fully formed and undeniably authentic, the way they mix, react and intermingle one to the other a generational saga viewers of just about every age can in some way relate to. Duncan’s journey is one I was thrilled to be on, and by the time it came to its end I was sorry for the fade to black wishing I could see what it was he and his mother were going to do next.

I think the greatest thing that Faxon and Rash do is they don’t forget about the adults, realizing that what is happening to them and the choices they are making are having just as great an impact upon Duncan and the rest of the kids as anything they themselves are doing. One part of the equation feeds directly into the other, the fact Susanna’s seemingly gregarious and outspoken mother Betty (Allison Janney) is hiding her own regrets and tragedies in a cocktail glass every bit as important as anything her kid chooses to do (or not do) with Steph out on the beach. The complex intricacies of the relationship between Trent and Pam speaks volumes, the former’s masculine insecurities slowly coming into the light as the latter sheds her own trepidations and anxieties as the summer slowly progresses.

But the focus is on Duncan and his maturation which is exactly as it should be. He’s the one coming of age, the kid gaining confidence with himself and his abilities as his days working alongside Owen and the rest of the water park crew pass. Hiding what he’s doing from his mother, coming to terms with the fact the life he wants for the two of them will never be exactly how he dreamt it would be and that his biological father isn’t interested in baring any of his parental responsibilities, the kid learns what it means to take charge of one’s own life, grabbing the inner tube by the handholds in order to go down the waterslide headfirst and without fear.

The entire cast is outstanding. Rockwell could play this kind of role in his sleep (and to say Owen isn’t inspired at least in some small way by Bill Murray’s scene-stealing role in Meatballs would have to be an out-and-out lie) and yet he makes the most of every scene and every moment, spitting his lines out with rhapsodic sarcasm-laced conviction that’s continually thrilling. Janney is also terrific, as is Collette, Maya Rudolph, Rob Corddry and Amanda Peet, each finding subtle nuances in their respective characters making them worthy of keeping an eye on. As for the kids, it goes without saying that Robb has grown into her own as an actress, the Bridge to Terabithia youngster showcasing delicately dexterous intricacies inside her performance I rarely saw coming. 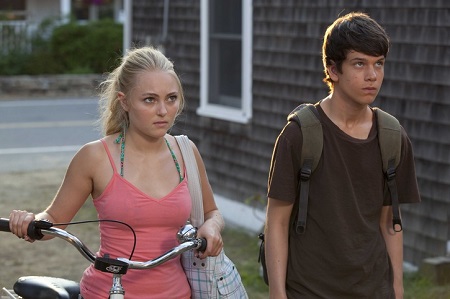 On the adult side of the equation, however, no one does more than Carell, the actor digging into his forty-something self-centered lothario in ways that kept me off balance and continually intrigued. He doesn’t hold back, shows a fearlessness showcasing Trent’s darker sides that’s honestly brutal and poignantly tragic. You get the feeling he really is trying, does want to make his romance with Pam work out, an inability to hold his selfish needs in check and let his amorous longings subside an internal failing that could wreck any chance he has to be the type of father and/or husband his own daughter could potentially be proud of. He’s outstanding, maybe a career best performance (I loved him in both Little Miss Sunshine and Dan in Real Life so I reserve the right to change my mind), and without a doubt this is a supporting turn Oscar might feel the need to remember when 2013 comes to a close.

Then there is James. Perhaps best known for playing Mireille Enos’ emotionally crippled son Jack on the AMC show “The Killing,” the young actor dominates in ways I could barely believe. This is a magnificently multifaceted performance, Duncan’s dimensionality an ever-shifting quagmire of regrets, despair, joys, dreams, tragedies, enthusiasms, failures and successes that I could relate to every step of the way. He disappears inside the role, vanishing entirely, and without a doubt seeing what he was going to do next was the chief facet that kept me watching even if I knew deep down in my heart of hearts exactly where all of this was undoubtedly going to end up.

That is something of a problem, I can’t fudge things as far as that goes, Faxon and Rash making a film that fits snuggly inside the teenage coming-of-age paradigm and doesn’t seem all that interested in bursting too far outside of that particular genre box all that often. Yet that’s okay. When the writing is this smart, the direction this solid and the acting this outstanding I kind of don’t care that I’ve seen much of what this story has to offer a handful of times before. The Way, Way Back proves a familiar story in the hands of great filmmakers confident in their abilities (as well as in the talented team they’ve assembled to assist them) can still be worthwhile. This movie is wonderful, nothing more, and certainly nothing less, the truths it revels in may not be new or revelatory but that doesn’t make them any less compelling or, for that matter, universal. 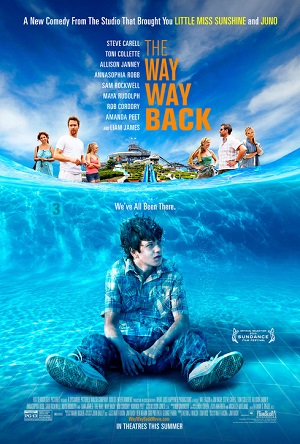