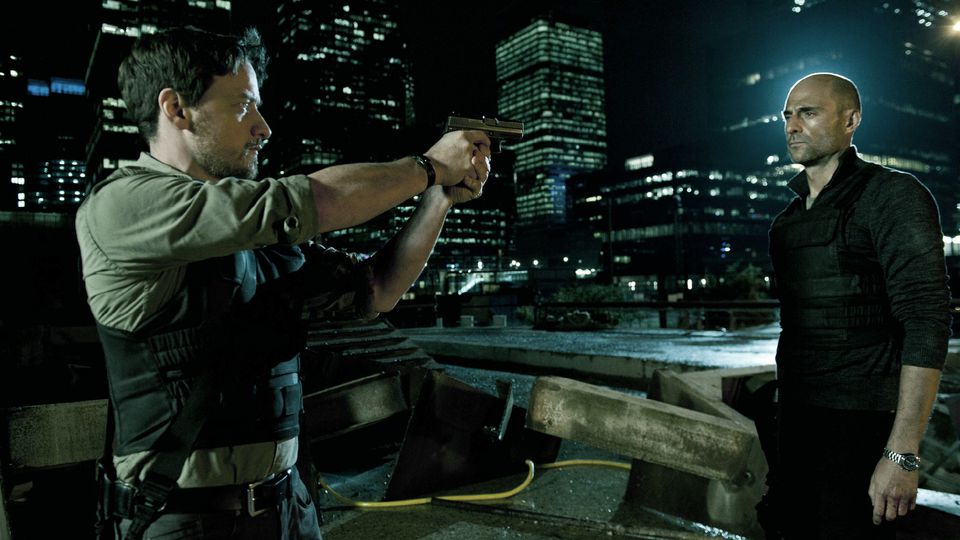 Three years ago Jacob Sternwood (Mark Strong) got away, leaving Detective Inspector Max Lewinsky (James McAvoy) shot in the leg but mysteriously alive. Now, with his son Ruan (Elyes Gabel) in the hospital suffering from his own bullet thanks to some sort of heist gone wrong, Sternwood has returned to London to be with his him, and in the process presents Lewinsky with an opportunity for redemption he’s not about to pass on.

But all is not that simple. The events of three years ago and the happenings of today are linked in ways neither man initially comprehends. Thankfully, Lewinsky’s partner D.I. Sarah Hawks (Andrea Riseborough) notices the shades of grey right from the start, and she’s worried his obsession with Sternwood is clouding his thinking. There’s a connection between the department, a leading British private military contracting firm and former soldier named Dean Warns (Johnny Harris), now a notorious London thug that she spots immediately. It’s hidden inside a murky netherworld that brings men from opposite sides of the game to the realization they might be fighting for the same thing, the number of lives at stake far greater than either Lewinsky or Sternwood ever could have realized.

There’s not a lot that’s particularly original about writer/director Eran Creevy’s (Shifty) sophomore effort Welcome to the Punch. An obvious homage to the worlds created by Michael Mann, John Woo, Sydney Pollack, Peter Yates and numerous others (the list could go on forever), the movie is nonetheless a hugely enjoyable cops and robbers spectacle that’s far more entertaining than it has any right to be. Expertly acted by its veteran all-star Brit cast (Peter Mullan, Jason Flemyng, David Morrissey, Ruth Sheen and Daniel Mays all make appearances), Creevy has manufactured a glossily shifty milieu of overlapping double-crosses that fits the material perfectly, and as such I had a grand time watching it.

Allusions to Heat and to Hard-Boiled are littered throughout, as are gentle asides to Collateral, Infernal Affairs and Prince of the City. The level of subterfuge by the powerful elites running the city can appear a little obvious and silly, while figuring out who the true villains are and ascertaining the reasons behind their actions isn’t difficult. This can almost feel insulting, especially considering how intelligent the two main protagonists are, all of which makes the fact it takes them so long to put two-and-two together a tad absurd.

The movie still manages to work, at times almost in spite of itself. Both McAvoy and Strong are exceptional as the dueling leads, while Riseborough makes a lasting impression that permeates the film even when she isn’t part of the action. The supporting roles are nicely filled, Creevy making sure to craft interesting characters even if precious few rise all that far above archetypical clichés typical of the genre. 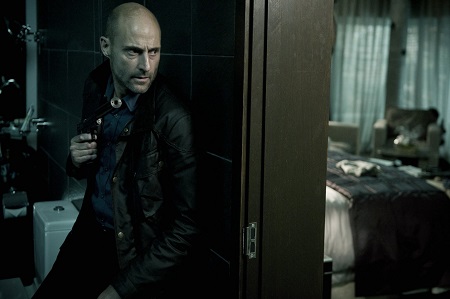 The director manages to craft an electrifying atmosphere. Ed Wild’s (Chalet Girl, Severance) cinematography utilizes his London locations featured here magnificently, showcasing the city in ways I can’t recall seeing before. The propulsive nature of the visuals is a sensory revolution, while the climactic fade to black is eccentrically nifty, putting the themes littered throughout into a provocative perspective I wasn’t anticipating.

No one is going to claim that Welcome to the Punch is original. Yet, thanks to the talents of the cast (especially the two stars) and the brazen confidence of the director, Creevy’s latest ends up being the kind of down and dirty crime thriller I can applaud, and I for one can’t wait to give it another look as soon as the opportunity comes my way. 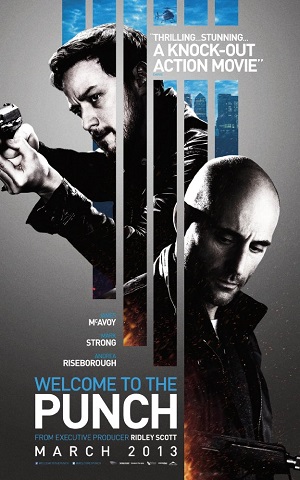