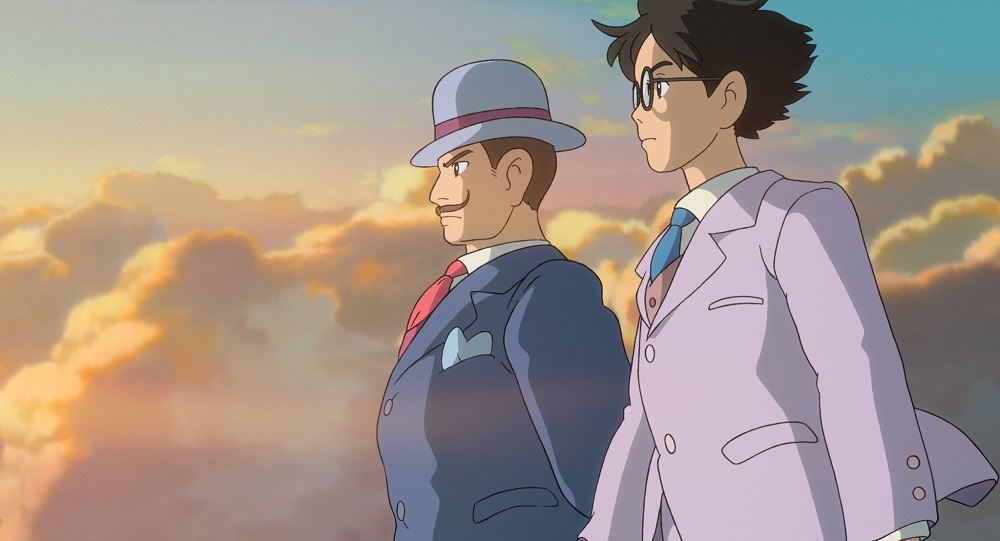 (NOTE: I watched the original Japanese language version of “The Wind Rises” back in early December of 2013 in preparation of writing my end-of-year column and compiling my Top Ten list. While the English language voice actors are listed in this review, I personally have not seen this dubbed version of the film. That said, I cannot imagine my opinion of Hayao Miyazaki’s achievement would change a single bit if I had, the masterful eloquence of this intimately haunting achievement absolutely universal no matter what language the characters themselves are speaking.)

Since he was a young boy, Jirô Horikoshi (voiced by Joseph Gordon-Levitt) has longed to fly. Due to being nearsighted, becoming a pilot is impossible. But designing airplanes? Following in the footsteps of his idol, Italian aeronautical engineer Caproni (Stanley Tucci)? That is possible. More, it is exactly what he is going to do. 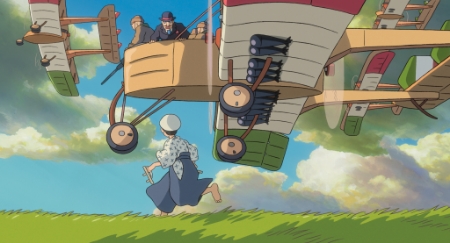 Legendary filmmaker and animator Hayao Miyazaki’s The Wind Rises, apparently the director’s final production, is a stunningly beautiful aria to creativity, longing and love that speaks to the very core of who we all wish we could be and the price that so often must be paid when we reach for the stars. It is a somewhat fictionalized chronicling of one of the most vicious and lethal aircrafts ever invented, the Zero Fighter, used with such precision and accuracy by the Japanese in WWII. At the same time it is also a look at a man caught between letting his imaginations soar and accepting the price that must ultimately be paid if he is to see his designs take flight, the movie ultimately a poetic chronicling responsibility and regret that’s heartbreakingly universal.

The beauty of Miyazaki’s script is that it doesn’t gloss over any facet of the complex, deeply internal, melodiously fragile story it is trying to tell. Jirô is crafting a war machine, that fact never in doubt, but his reasons for wanting to ride upon the wind’s curves and float amidst the billowing clouds are anything but militaristic. More than that, he intimately understands the social and political complexities he is embroiled within, knowing his engineering achievements can be a springboard towards greater advancements in the future that will hopefully be more peaceful in application and usage.

On top of that, The Wind Rises is a poignant love story, Jirô losing his heart to quiet, winsomely beautiful artist Nahoko Satomi (Emily Blunt) knowing full well that doing so is in neither of their mutual long term interests (the reasons for which I will not go into here). Their storyline allows the themes Miyazaki is attempting to explore to echo even deeper into the viewer’s soul, giving the film a timeless, almost ethereal quality that is omnipresent and all-encompassing. 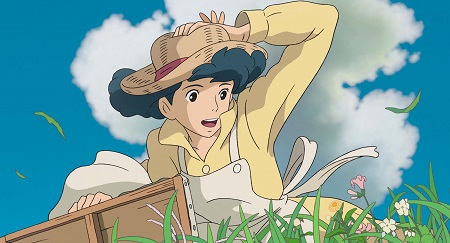 The animation is, unsurprisingly, stunning. What’s most interesting is that, in most ways, the film is one of Miyazaki’s least fantastical, existing in a real, tactile world showing Japan of the 1920s and ‘30s as it in most respect probably was. At the same time, the filmmaker lets his imagination fly into incredible, eye-popping directions during Jirô’s dream sequences, his conversations with Caproni having a devil-may-care ebullience speaking to the very heart of what it is the animator is talking about. The use of color, the idiosyncratic designs of many of the aerials filtering throughout the protagonist’s brainpan, all of it is continually exquisite, everything working in dynamic tandem with the hypnotic story being magnetically told.

If this really is Miyazaki’s final motion picture, and, as he’s in his mid-70s, who can blame him if it is, than the Studio Ghibli founder and animation titan goes out on something akin to an all-time high. While it is impossible to say whether or not The Wind Rises is better than prior classics like My Neighbor Totoro, Princess Mononoke, Spirited Away or Nausicaä of the Valley of the Wind, that it deserves to be equated with each of them on relatively equal footing goes without saying. This movie is a titanic achievement that I’m still mulling over, so many pieces of it speaking with such unabashed eloquence calling the finished film an instant classic is almost a no-brainer. 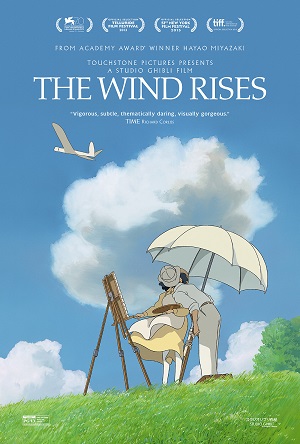