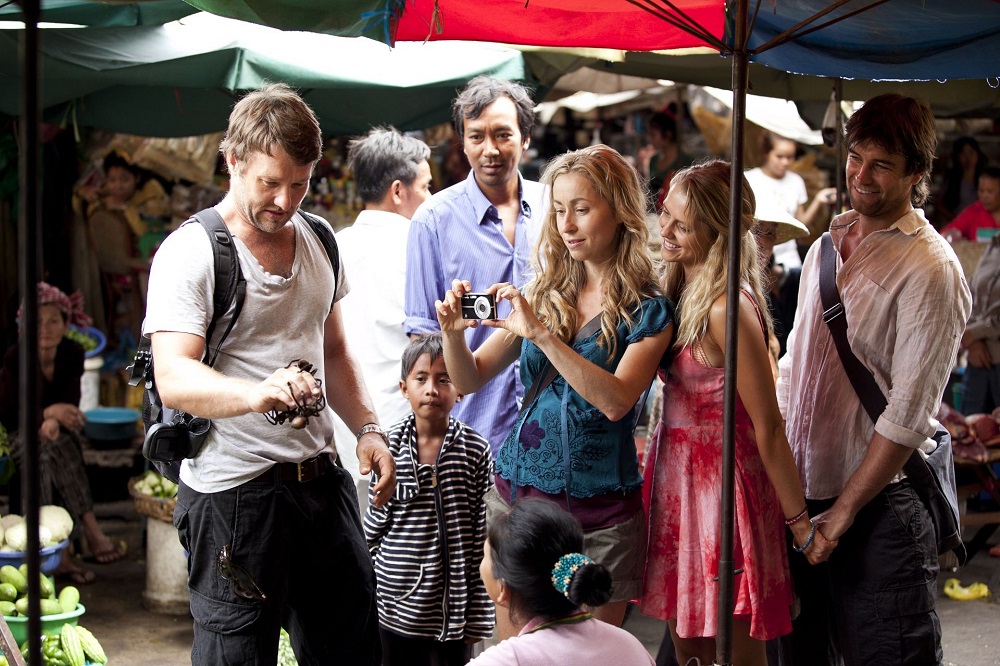 Alice Flannery (Felicity Price) and her devoted husband Dave (Joel Edgerton) have decided to take a brief vacation to Cambodia with her sister Steph (Teresa Palmer) and her new boyfriend Jeremy (Antony Starr). He’s got connections in the country, promises them all they’ll have a fantastic time, and even if what exactly he does for a living isn’t something he talks about with much clarity he’s such a gregarious and friendly guy no one sees the harm in joining him on this week-long excursion. 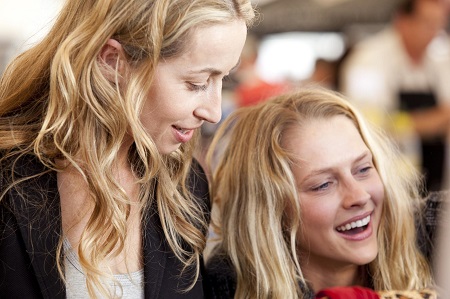 Alice and Dave are the first two to return to Sydney, reuniting with their two kids Max (Otto Page) and Holly (Isabelle Austin-Boyd) doing their best to reconcile all that’s happened. Steph comes home not long after, the trio still devastated as to the mystery surrounding Jeremy’s disappearance and the events of a wild night none of them can fully recall. He’s gone, pure and simple, this fact casting a shadow over all of their lives, the decisions each of them made that fateful night one all of them are going to have to deal with for some time to come.

Don’t let the description fool you, Wish You Were Here is not a thriller. While there are certainly suspenseful aspects to this Australian import, the film in reality is a gritty drama showing how a night of bad decisions and a litany of half-truths can have a devastating impact, Alice and Dave forced to reconcile differences they didn’t know they had and outside threats they have no way of dealing with if they want to see their marriage survive. It’s a solid effort, Price and Edgerton delivering strong, multifaceted performances, everything concentrated on them as it needs to be the periphery events looking to ensnare them are kept uncomfortably on the corners just as they need to be.

Not that director Kieran Darcy-Smith, a veteran character actor appearing in films as diverse as Animal Kingdom, The Square and The Cave, co-writing the script with his wife Price, keeps complete control of the proceedings. Steph, as good as Palmer is in the role, and she’s very good, frustratingly remains one-dimensional, and I’d have liked an additional scene or two that would have fleshed out her character and her complex relationship with both Alice and Dave just a little bit more. Additionally, Jeremy, mostly be design, is something of a formless charismatic enigma throughout, making the events surrounding his disappearance not nearly as impactful as they potentially could have been.

At the same time, I loved the elliptical nature of the film, the way the compounding tragedies assaulting Dave fuel is paranoia and disheveled outlook in a believably emotional way. The pacing, while measured, some might even go so far as to call it leisurely, felt spot-on as far as I was concerned, everything building with an unhurried malevolent elegance that kept the tension building and the suspense continually omnipresent. The dramatics fueling his relationship with his pregnant wife can sometimes tread into some exceedingly melodramatic territory (Douglas Sirk might even have blanched at some of this) yet somehow, someway Darcy-Smith doesn’t lose focus as to where all of this is headed, the climactic moments ringing with a powerful poignancy I couldn’t help but respond to.

From a technical standpoint, cinematographer Jules O’Loughlin (Sanctum) grounds things nicely, his almost documentary-like exactitude helping fuel the tragic passions afflicting the central trio. Additionally, Jason Ballantine’s (The Great Gatsby) editing is confidently self-assured, the looping nature of the narrative always easy to follow the audience never losing track of everything that is going on.

Wish You Were Here is hardly perfect. Not all of its threads fully connect and some of the characters aren’t given the same careful, fully-formed handling as Alice and Dave are, keeping them a bit more at arm’s length than is arguably necessary. But the central dynamics are strong, Price and especially Edgerton rising to the challenge crafting two compelling figures of marital strife and familial hardship who ring with truthful authenticity. The movie is a good one, and for my part I’d watch it again right now no questions asked. 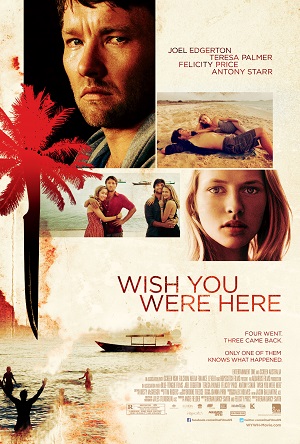