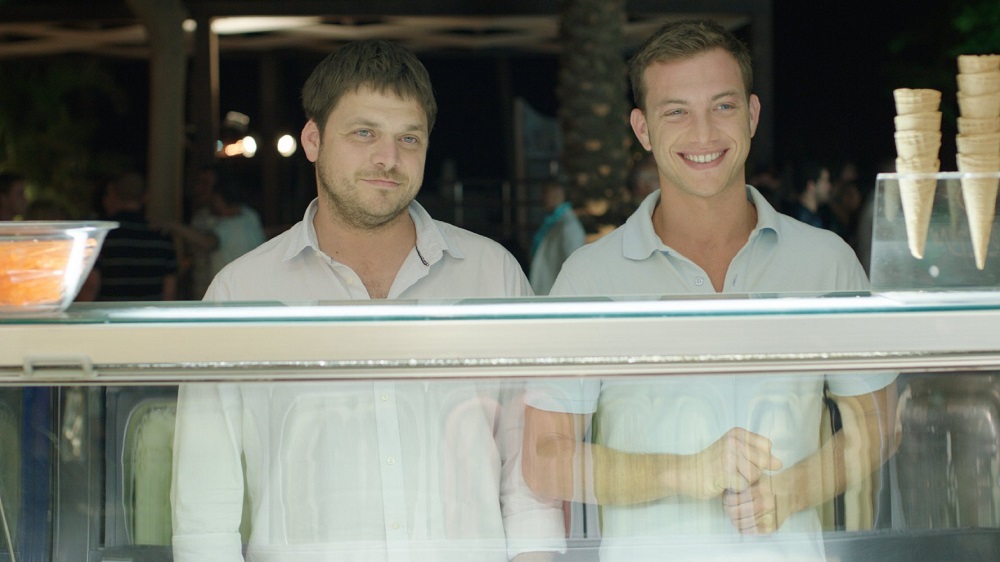 It has been ten years since Dr. Yossi Hoffman (Ohad Knoller) tragically lost the love of his life, the former Israeli IDF officer drowning himself in his work while continuing to live a life in the closet very much alone. Things start to change when he encounters his dead lover’s mother, Varda (Orly Silbersatz Banai), in the hospital waiting room. This unexpected reunion brings back numerous memories and feelings, opening the cardiologists heart to new possibilities, Yossi making the decision to travel to the Sinai Peninsula in pursuit of at least a semblance of closure. 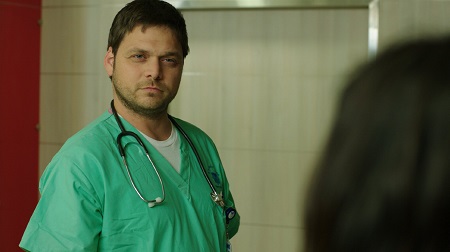 Things take an uncertain turn when he encounters a group of soldiers in need of a ride. They urge him to join them at their hotel instead of heading into a war zone, and against his better judgment Yossi decides to do the impetuous thing and agree. Among the group is Tom (Oz Zehavi), confidently and openly gay while also overflowing with contradictions. The doctor is both drawn to and terrified of this young man, retreating back into his shell as he has trouble dealing with his attraction to another soldier, this time one who isn’t forced to hide who he is from those closest to him.

Director Eytan Fox’s Yossi and Jagger was a rough, uncompromising drama made on a shoestring yet still delivered its emotional mechanics with brutally effective efficiency. Its story of a clandestine and secret love affair between two soldiers avoided cliché, and in brief, tightly-wound strokes it achieved a delicate authenticity that hit home.

Fox returns to this story with Yossi, attempting to both showcase how times have changed in Israel while also documenting how in many ways these societal transformations have passed our main character by as he wallows in a grief heightened by a decade alone. Working with relative newbie screenwriter Itay Segal, the pair have constructed a tale that feels immediate and honest, refusing to flounder in sentiment as they attempt to open Yossi’s eyes to the brave new world that has slowly built around him over the past ten years.

It helps considerably that Knoller has returned to fill the central role. Justifiably lauded for his mesmerizing performance the first time around, if anything he has delivered a deeper and more nuanced portrait this time. Avoiding caricature, devoid of pretense or anything that could be construed as showy, he digs inside Yossi and finds all of the insecurities and terrors that have kept him standing still. It’s a remarkable turn, making his eventual thawing and awakening to what has been going on around him societally all the more powerful because of it. 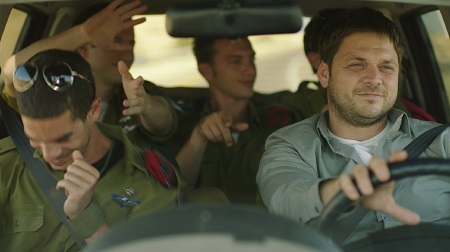 At the same time, the obviousness of the story is apparent right from the start. There are only so many directions for things to go, and once Tom is introduced – wonderfully portrayed by Zehavi – it becomes immediately obvious what is going to happen next for Dr. Yossi Hoffman. There are few, if any, surprises, and as deftly as these moments and emotions are handled their obviousness is a tiny bit tiresome.

At the end of the day these are minor problems, and as return engagements go Yossi is something of a surprising powerhouse and an unquestioned success for Fox. The now established filmmaker shows just how much he’s blossomed and grown as a storyteller, his subtle touch a refreshing reminder that familiar stories can still intimately connect when they are delivered with honesty and respect. Yossi may not be a great movie, but it is a very, very good one, and the way it evolves from looking at the pains of the past to gazing at the hopes for the future are traits I can’t help but embrace in full. 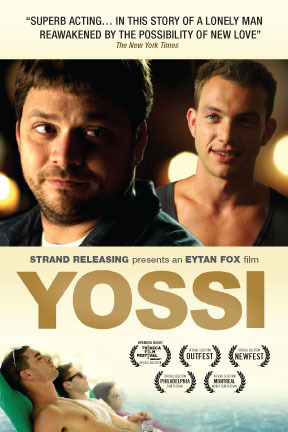